Lady Tigers to Tee Off at SEC's on Friday 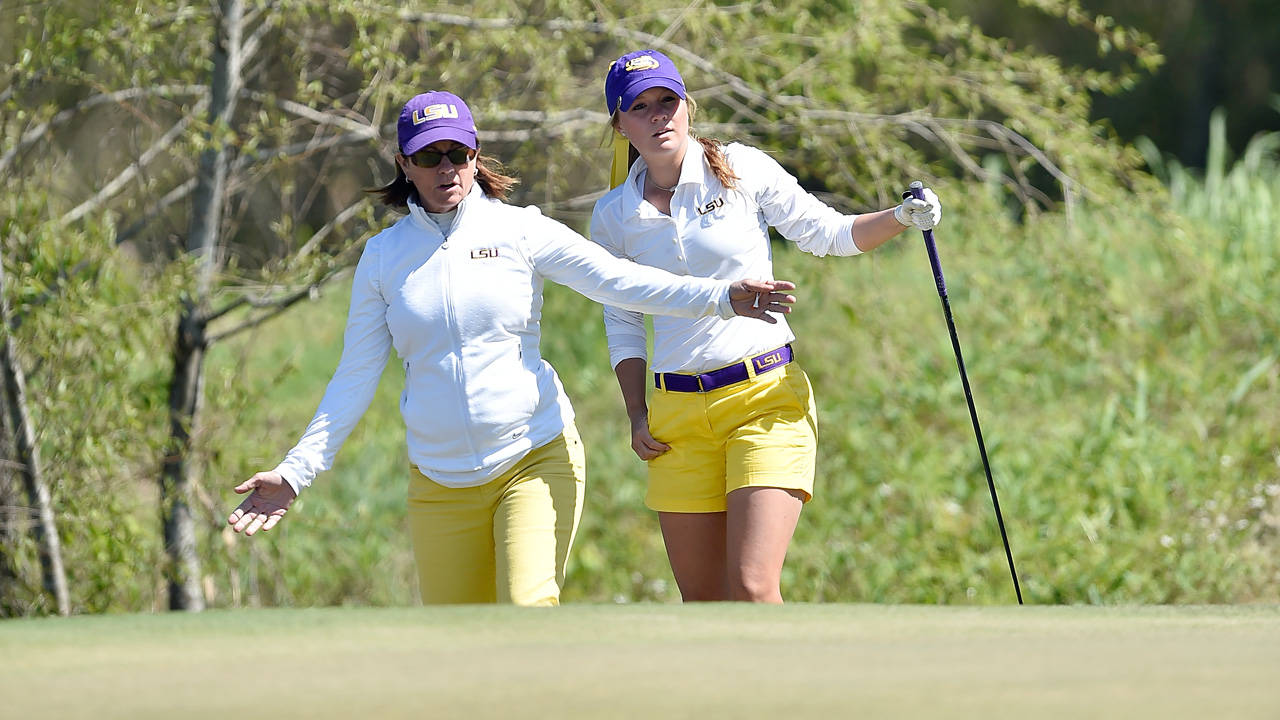 BIRMINGHAM, ALA. – The LSU women’s golf team looks to continue to move forward when it tees off Friday morning in the 2016 Southeastern Conference Women’s Golf Championships at the Greystone Country Club Legacy Course.

The 14 teams of the league will compete in the event that begins the first of three 18-hole rounds at 8 a.m. CT. The tournament runs through Sunday.

Texas A&M is the defending champion from a year ago in the first year on the Legacy Course with LSU finishing seventh a season ago at 25-over par. Then senior, Madelene Sagstrom, who the next week would be named SEC Player of the year, would finish third in the individual competition.

LSU and Auburn will play together in a two-team wave off hole 10 beginning at 10:20 on Friday.

The Lady Tigers will be looking to solidify their spot in the NCAA Regional event that will be held at the University Club in early May. LSU moved inside the top 50 with its performance in the regular season finale at Napa, Calif., and should be able to secure one of the 18 team spots in Baton Rouge with a performance that would give them a chance to be in front of any of the higher ranked teams in the conference.

For Coach Karen Bahnsen and her Lady Tigers, the season has still been about learning to play without All-America junior Caroline Nistrup, who is still rehabbing from wrist surgery and sophomore Claudia De Antonio, who is also rehabbing from season-ending surgery.

“We look forward to playing here the last few years at Greystone and feel this is a really good test for our teams,” said Bahnsen. “We want to put three consistent rounds together this weekend that will set up us for returning to our home course at the start of next month for the regionals. The girls are excited and looking forward to the challenge.”

The Tiger lineup will be the same one that was on the course in the Silverado Showdown led by freshman Kathleen Gallagher. The Greenwood, Mississippi native leads active players in stroke average for LSU at 74.33 for the 24 regular season rounds and is coming off her first top 10 finish when she shot 3-over in Napa for a T10 performance.

Senior Elise Bradley of Mandeville will play second for LSU with a 75.33 stroke average with the rest of the LSU lineup including sophomore Baton Rouge native Sydney Cavin. Cavin, who averaged 75.89 for 18 rounds, won the Allstate Sugar Bowl Intercollegiate back in February in the opening event of the spring portion of the season.

Senior Nadine Dreher of Austria (76.00) and Sweden freshman Marina Hedlund (77.20) round out the quintet on the course for this SEC Championship.