Softball Heads to Starkville for Series with MSU 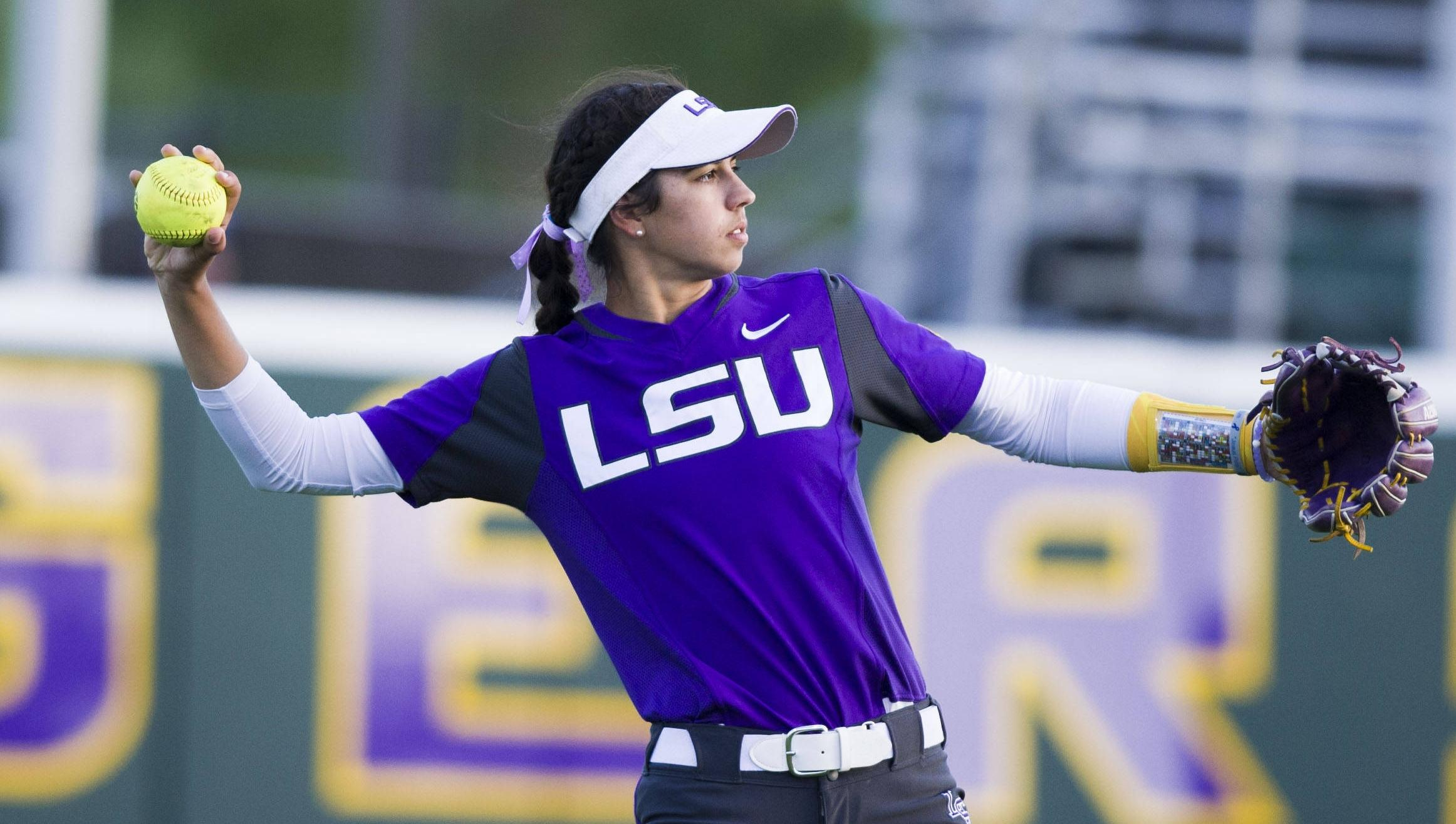 BATON ROUGE, La. – The No. 11 LSU softball team returns to action this weekend, traveling to get an early preview of the league’s postseason host site, as the Tigers take on the Mississippi State Bulldogs for a three-game SEC series at Nusz Park in Starkville.

The series kicks off on Friday afternoon at 5:30 CT, with game two set for 7 p.m. Saturday and a 3:30 p.m. start time for the finale on Sunday. The opener will be streamed live on SEC Network+, while the SEC Network will pick up game two and three, with Pam Ward and Cheri Kempf calling all of the action.

Radio coverage begins 15 minutes prior to first pitch of each game of the series on Talk 107.3 FM locally in Baton Rouge and in the Geaux Zone for subscribers, with Patrick Wright providing play-by-play commentary.

The Tigers step back into league play this weekend after getting a boost in the form of a 9-1 win over the Southeastern Louisiana Lady Lions Wednesday night in Hammond. The win improved the team’s overall record to 30-12, earning another quality win on the road.

For the first time since league play began, LSU’s SEC opponent this weekend will not come with a ranking, heading into the sixth conference weekend of the season with just two more remaining in the coming weeks. Although unranked, the Bulldogs will still present a challenge that the Tigers will be ready for come Friday afternoon.

“It doesn’t feel that much easier because Mississippi State does a great job of playing at their place,” head coach Beth Torina said. “They play with a lot of energy and emotion, so we still have a tough opponent ahead of us, but we are looking at this week as the start of a new phase of the schedule that will allow us to catch our breath and push us forward into the last few weeks of the season.”

That push likely will come after the hitting clinic that the team was able to put on Wednesday, pounding out all nine runs on 12 hits, scoring six runs in the top of the sixth to pull away for good. It was the first time since the final Louisiana Tech game that the Tigers were able to produce double figure hits in a contest, nearly plating 10 runs for the first time since that same contest.

One of the most consistent hitters at the plate for LSU had a hand in offense production Wednesday as senior Sandra Simmons went 4-for-5 with a double, two RBIs and two runs scored against SLU, netting a career high in hits in a game. Simmons, who also leads LSU at the plate in conference play with a .333 average, has had a hit in 10 of her last 11 games coming into the weekend, which included her career-long nine-game hitting streak during that time.

Of their 12 hits, five were for extra bases, which included four doubles and a triple. Simmons, Constance Quinn, Bailey Landry and Alayna Falcon had the doubles, while Emily Griggs earned the triple. On the season, LSU has eight players with five or more doubles and four players with at least two triples.

Pitching for the first time since March, junior Baylee Corbello pitched seven strong innings to improve her record to 6-0 on the season, scattering five hits to aid in the LSU win. Corbello has three starts this season with seven or more strikeouts, as she fanned eight SLU batters to lower her ERA to 2.26.

As a pitching staff, LSU has an ERA of 1.88, led by Sydney Smith’s 0.86 average and five shutouts. Carley Hoover leads the group with 11 wins in the circle, while Allie Walljasper has doled out a team-low 11 walks in 79.0 innings of work and has a 1.68 ERA.

Mississippi State comes into the game with a record of 22-18, earning a nail-biting 3-2 win over Louisiana Tech Wednesday in Ruston. The Bulldogs are hitting .256 as a group and have used six total pitchers on the season, as in the SEC the Bulldogs are 2-10 after getting swept by Alabama last weekend in Tuscaloosa.

“They pitch by committee quite a bit, so you don’t really know what you’re going to get sometimes so you’re going to have to adjust,” Torina said. “I think offensively they are balanced like we are and have a lot of options and things they can bring to the table.”

The last time these two teams met was last year in a midweek non-conference tilt where the Bulldogs came away with a 9-4 win while LSU was on the way to Knoxville for a weekend series. However, LSU has won seven of the last 10 meetings against MSU, including taking two of three in the last series in Baton Rouge in 2014.