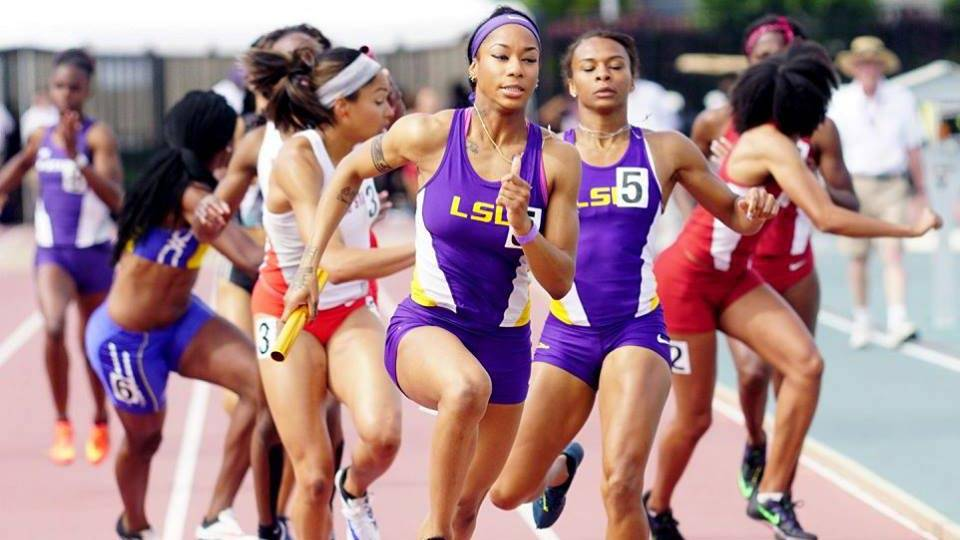 BATON ROUGE – Lady Tiger senior Chanice Chase was rewarded Tuesday for her outstanding performance in both hurdle races and anchoring LSU’s 4×400-meter relay team to victory at the Battle on the Bayou last weekend with a selection as the Southeastern Conference Women’s Runner of the Week by the league office.

A senior from Ajax, Ontario, Canada, Chase has received SEC Athlete of the Week honors for the first time in her collegiate career after emerging as one of the NCAA’s leading dual hurdlers in 2016.

Chase cracked the NCAA’s Top 5 in the 100-meter hurdles and NCAA’s Top 10 in the 400-meter hurdles with seasonal-best times while winning collegiate titles in both events during Saturday’s meet to lead the SEC to a dominating victory over the Big 12 and Big Ten conferences at the sixth-annual Battle on the Bayou.

In her season-opening performance in the 100 hurdles, Chase finished as the top collegian and second overall behind fellow Canadian international and Olympian Phylicia George with a wind-aided time of 13.04 seconds (+2.9) for the No. 3-ranked time in the NCAA and No. 2-ranked time in the SEC this season. She followed by winning the 400-meter hurdles with a big seasonal best by nearly a half second at 56.66 to rank No. 7 in the NCAA and No. 2 in the SEC for 2016. Chase’s times in both events on Saturday are the fastest she has ever run each hurdle race this early in the season in her athletic career.

She then wrapped up the event by anchoring the Lady Tigers to the victory in the women’s 4×400-meter relay with a time of 3:33.84 as she teamed with the likes of junior Travia Jones, junior Jada Martin and freshman Rachel Misher to run the second-fastest time by an LSU relay team this season.

Chase is now the third LSU athlete to receive SEC weekly honors through three meets this outdoor season after junior Tinashe Mutanga was selected the SEC Men’s Runner of the Week and freshman Kortnei Johnson was named the SEC Women’s Freshman of the Week following their season debuts at Miami’s Hurricane Twilight on March 25.