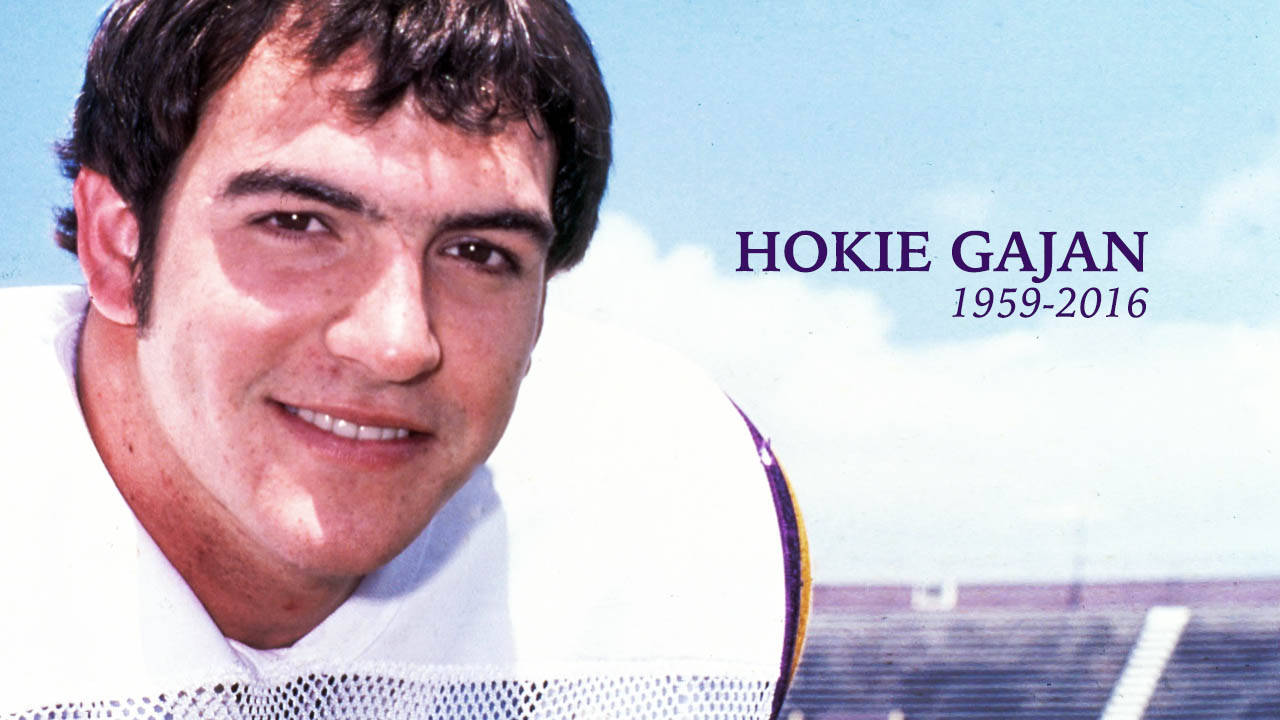 The former LSU tailback who played at LSU from 1977-80, had been battling cancer since being diagnosed with a rare form of the disease last fall that would eventually take his life.

“We are deeply saddened by the death of Hokie Gajan, a man who represented all that was good about Louisiana,” said LSU Vice-Chancellor/Director of Athletics Joe Alleva. “From his days as a player at LSU and then as a member of the Saints organization for many years, Hokie was a true professional who was always a loyal and dedicated LSU Tiger. We are going to miss hearing him on the radio for the Saints broadcasts during the fall. Our thoughts and prayers are with his wife, children and the entire Gajan family.”

Gajan, born Howard Lee Gajan, was known to everyone as “Hokie” from an early age. According to a NOLA.com article, Gajan acquired the nickname after hitting his forehead while spinning around to the “Hokie Pokie” as a 2-year-old. The doctor who stitched him up gave him the nickname.

Born in Baton Rouge, Gajan was 6-1 and 198 pounds when he arrived on the LSU campus in the fall of 1977 to play for Coach Charles McClendon. He came to LSU after an outstanding career at Baker High where he gained 1,404 yards in his last two seasons, averaging 6.5 yards per rush. Some of his highlight prep games were 205 yards against Baton Rouge Lee High, 200 against East Jefferson and 191 yards against Scotlandville.

Gajan said in a 2013 interview it was a no-brainer he would go to LSU, just a few miles from his house.

“Nobody could have pulled me away from LSU,” he said. “If Bear Bryant would have come and talked to me it wouldn’t have made no difference whatsoever.”

Gajan backed up All-America Charles Alexander his first two years at LSU but served on special teams returning 23 punts and kickoffs, including a 56-yard return against Mississippi State.

His sophomore season (1978) he averaged 55.5 yards per game which ranked him ninth in the Southeastern Conference. His 412 yards worth of kickoff returns for a 25.7 average ranked him third in the SEC, including a 99-yard TD kickoff return against Wyoming.

As a junior in 1979 (McClendon’s last season as head coach), he again ranked ninth in the SEC in rushing with 568 yards on 134 carries with four touchdowns. The 1980 LSU media guide going into his senior season referred to him as a “rugged individual who displays exceptional desire when he is on the field.”

Jerry Stovall (after the tragic death of Bo Rein) coached the Tigers in Gajan’s last season (1980) and he finished his career with 1,536 career rushing yards and three bowl appearances.

The Saints would draft him in the 10th round of the 1981 NFL Draft and the Louisiana native would continue his career in his home state and make a lasting legacy for himself. He impressed first Coach Bum Phillips and later Jim Mora as he persevered through four seasons rushing for just under 1,400 yards and scoring 11 touchdowns.

Injuries cut short his career and led to an offer by GM Jim Finks to become a scout in the organization. He did that for 14 years before moving into the radio booth with Jim Henderson to form one of the most beloved broadcast pairings in the NFL.

In a 2004 Times-Picayune article Gajan referred to Henderson as “the lead singer. I’m just the doo-wop guy.”

Gajan lived in Mandeville for the last 35 years. He is survived by his wife Judy and daughters Jennifer, Kristin, Megan and Alexis. Funeral arrangements are pending.