Kaufman in Final Pairing at The Masters 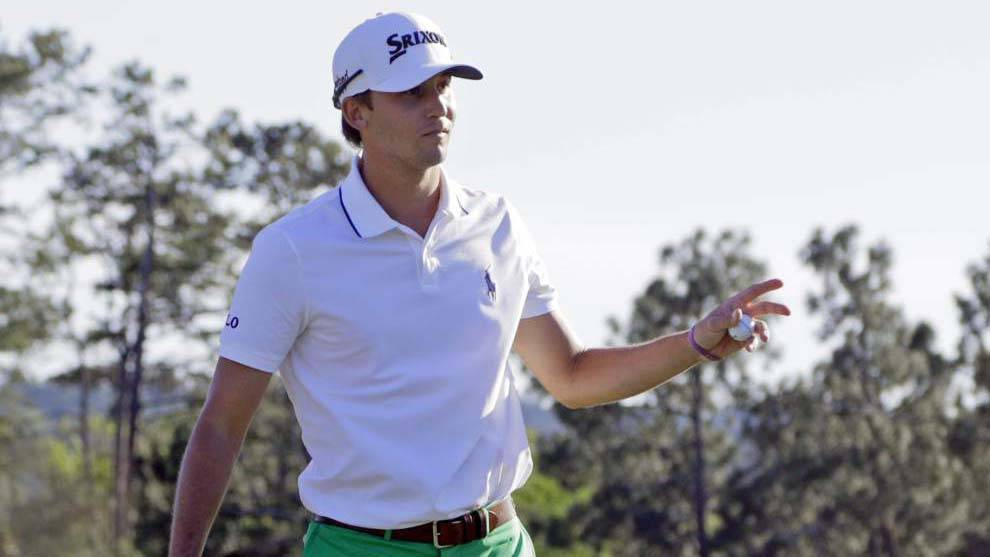 AUGUSTA, Ga. – All eyes will be on the final pairing in Sunday’s final round at The Masters Tournament as former LSU standout and PGA TOUR rookie Smylie Kaufman tees off alongside defending champion Jordan Spieth at 1:45 p.m. CT with their sights set on wearing the green jacket after a champion is crowned at Augusta National Golf Club.

Kaufman finds himself just one shot off Spieth’s lead heading into the final round as he fired Saturday’s low round with a 3-under par 69 to climb into second place at 2-under par through 54 holes.

After teeing off in the afternoon in a tie for 15th place, Kaufman steadily climbed the leaderboard on the back nine to finish the day just one shot back in sole possession of second place. He traded shots with a birdie at the par-five second hole with a bogey at the par-four 11th to sit at even-par for the day as he made his way around Amen Corner. Three birdies in a four-hole stretch at the par-five 13th, par-four 14th and par-three 16th moved Kaufman to 3-under par on his round and 2-under par for the championship.

The former Tiger standout made the cut in his Masters debut with rounds of 1-over 73 on Thursday and even-par 72 on Friday before surging up the leaderboard with the second-lowest round of the weekend.

“I knew it was going to be a difficult day. I just tried to keep my head down and keep plugging,” Kaufman was quoted as saying by The Shreveport Times following his third round.

The final round of any major championship is sure to bring its share of drama, and Sunday at Augusta will be no different with 10 players teeing off within four shots of the Spieth’s lead at 3-under par. Bernhard Langer and Hideki Matsuyama follow in a tie for third place at 1-under, while Jason Day, Dustin Johnson and Danny Willett follow in a tie for fifth place at even-par and Lee Westwood, Soren Kjeldsen and Brandt Snedeker tee off in a tie for 10th place at 1-over par.

Kaufman looks to become the eighth LSU Tiger to crack the Top 10 at The Masters all-time, and the first in nine years since David Toms placed ninth back in 2007. He is also looking to become just the third LSU golfer to be crowned a major champion, joining Toms at the 2001 PGA Championship and Jay Hebert at the 1960 PGA Championship.

Kaufman’s rookie season has already been one to remember as he became a PGA TOUR winner for the first time in his second start of the season at the Shriners Hospital for Children Open in October. He has also won $2,007,938 in earnings entering the weekend while earning three top-10 and seven top-25 finishes and making the cut in 13 of his 15 appearances in 2015-16.