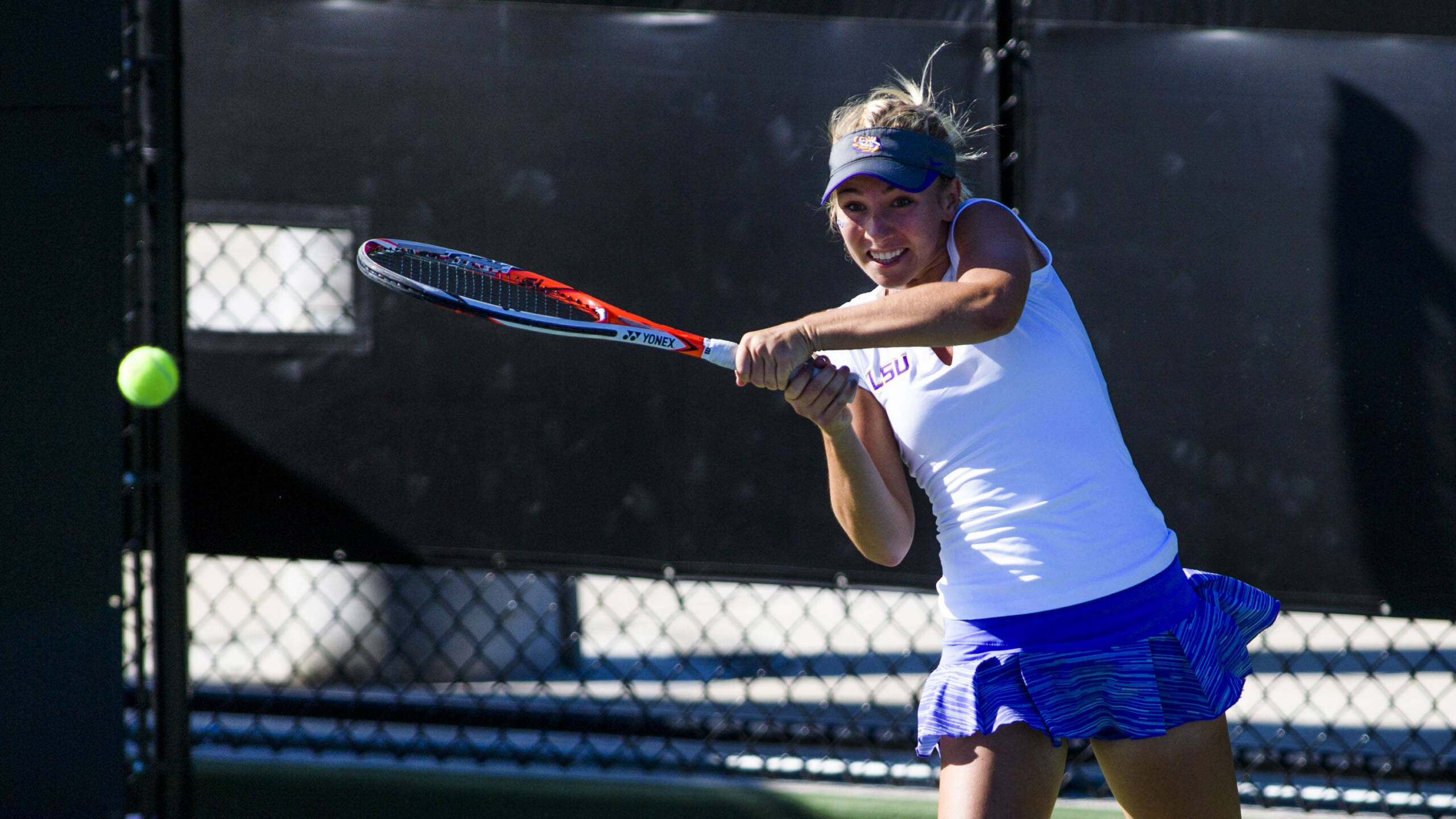 “We are looking forward to getting back on the courts for senior day,” co-head coach Julia Sell said. “We have reframed our minds are focusing in on what we do best. We were too fired up Friday so we have learned from it.”

Taylor has spent all four seasons in Baton Rouge and has continued to progress under Sell. Last season, Taylor clinched the Lady Tigers’ victory over No. 21 Ole Miss, for the highest ranked win under Sell.

Kuykendall transferred to LSU after spending two years at Memphis. The Jasper, Alabama native made an immediate impact in the lineup as she went on to become the 14th player in school history to reach the 30-win mark in a season.

On Friday, LSU fell to fourth-ranked Georgia, 5-2. The Bulldogs clinched the match at 4-0 but the Lady Tigers fought back with wins by junior Abby Owens and Kuykendall.

Owens has impressed this season on court five with a 28-7 record overall and 10-1 mark in conference play. Kuykendall took down No. 27 Caroline Brinson on court four for the second singles point.

Tennessee leads the all-time series, 26-15 in a series that dates back to 1980. LSU has won the last two meetings between the teams. Last season, the Lady Tigers took down the Vols 5-2 in Knoxville, Tennessee. UT is led by No. 57 Sadie Hammond in singles and the doubles team of Eve Repic and Hammond.