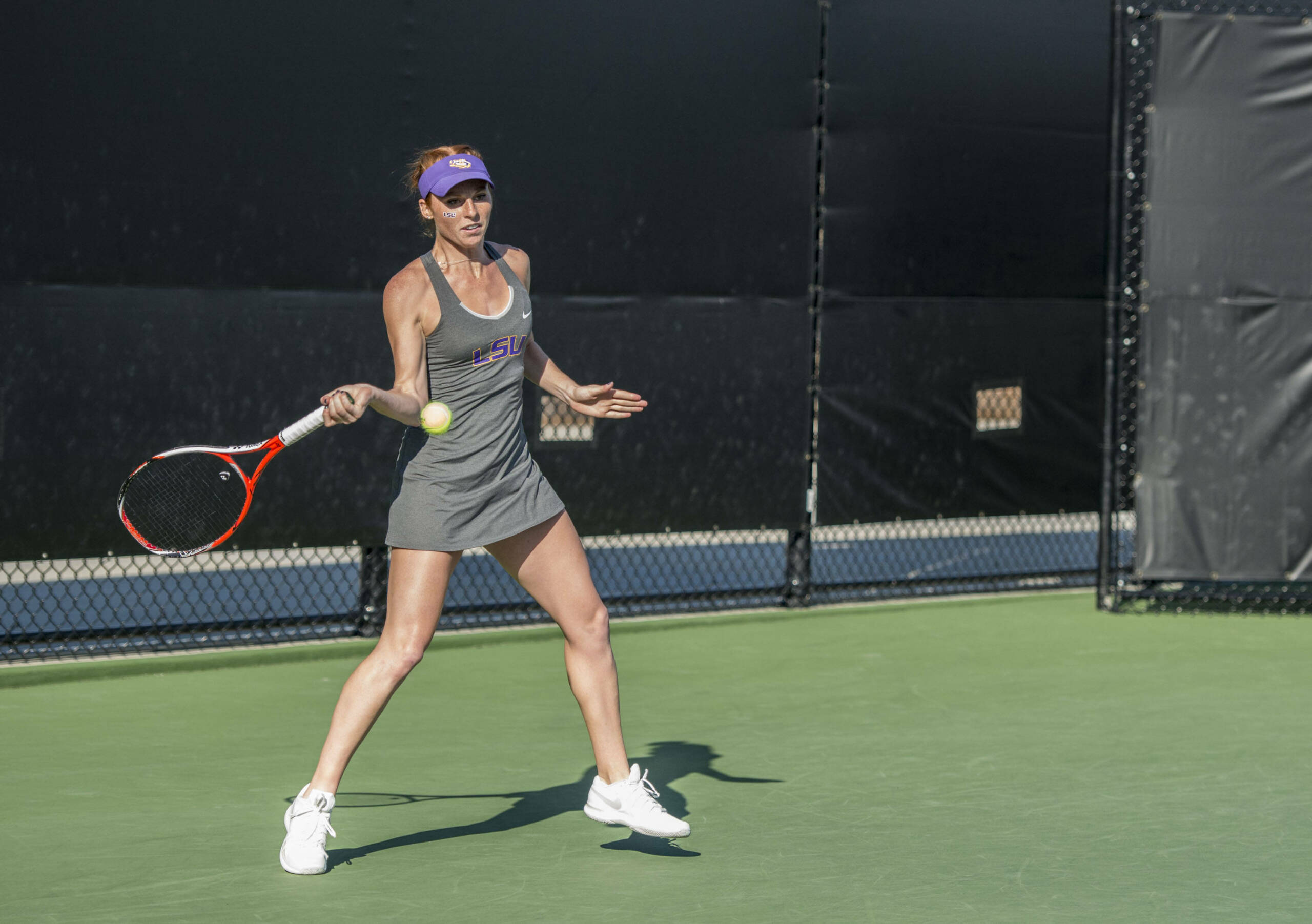 BATON ROUGE – The sixteenth-ranked LSU women’s tennis team returns home to the LSU Tennis Complex for a match up against its third consecutive top-10 opponent at 4 p.m. Friday against fourth-ranked Georgia (15-2, 8-1 SEC).

“We are excited to get home after a long match of traveling,” co-head coach Julia Sell said. “It will be a great weekend for our seniors in their final home matches.”

The Lady Tigers are coming off of losses at the hands of sixth-ranked Florida and eighth ranked-South Carolina. The Gamecocks took a 4-3 win over LSU Saturday in Columbia. After dropping the doubles point, the team fought back in singles with wins by Joana Vale Costa, Ryann Foster and Abby Owens.

Owens has provided consistency in the lineup. At court five, Owens is 16-3 this spring and 9-0 in conference on court five. The junior leads the team for the 2015-16 season with 27 victories, just shy of the elusive 30-win mark.

Vale Costa holds the top spot for LSU at 14-8 in dual matches and 20th in the singles rankings. The junior took down No. 67 Caroline Dailey of South Carolina 6-1, 6-3.

Georgia leads the all-time series with LSU, 40-4. Last season, LSU fell 6-1 to the Bulldogs in Athens. UGA is paced by Ellen Perez on court one with a ranking of six in singles. Perez is joined by Lauren Patterson and Mariana Gould with unblemished records in conference play.