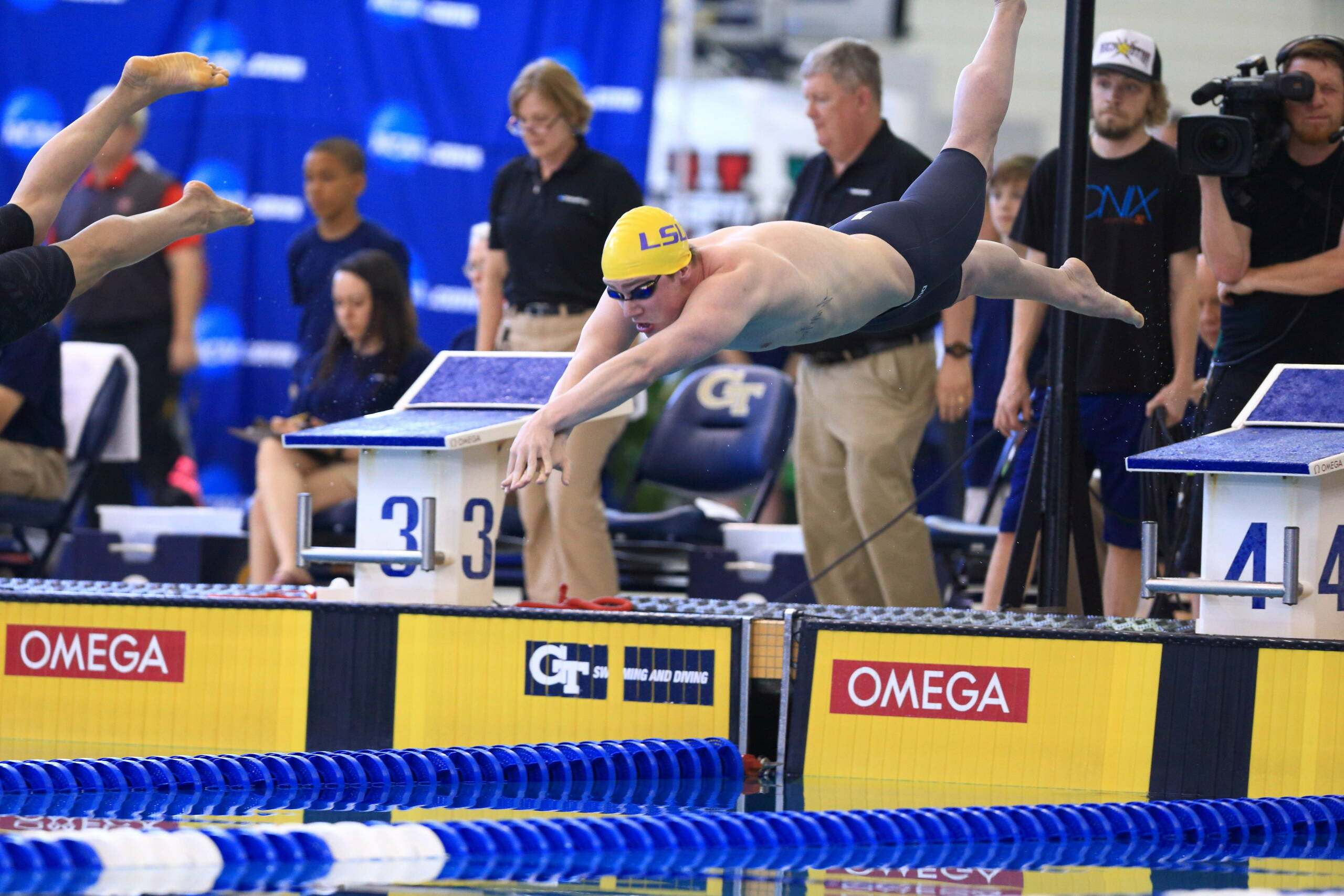 BIRMINGHAM, Ala. — Four members of the LSU swimming and diving team have been named to all-SEC teams, the conference announced Wednesday.

The awards were highlighted by swimmer Logan Rysemus and diver Cassie Weil’s appearance on the all-SEC second team.

Rysemus earned silver in the 100 fly at the conference meet. The Tacoma, Washington native set the school record with a time of 45.59 and posted an NCAA ‘A’ cut.

Weil secured silver on three-meter springboard at SEC’s for her fourth conference medal. The senior was just .14 points off of breaking her school record on the event.

Both Weil and Rysemus enjoyed a successful NCAA Championships in March. Rysemus took home NCAA honorable mention All-America honors in both the 100 fly and 100 back.

Weil finished fifth on platform for NCAA first team All-America honors. She finished her career as a six-time All-American. Weil’s honors are the eight-most in school history and tied for the fourth-most by a diver.

In addition to the second team all-SEC honors, Thomas Smith and Matthew Phillip were also named to the all-SEC freshman team. Smith and Phillip were two of 13 freshmen men to reach a championship final at SEC’s.

Smith finished seventh in the championship final of the 200 back for the Tigers. Phillip set the fourth-highest score in school history for sixth place on platform.