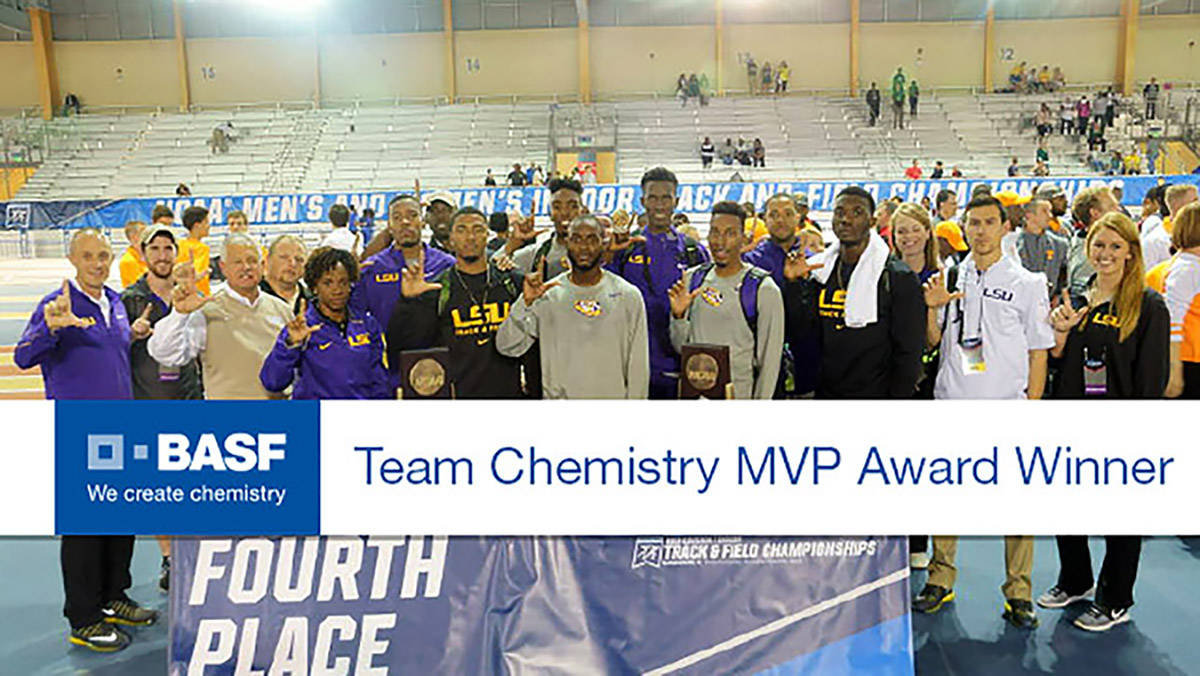 BATON ROUGE, La. – After earning the best team finish at the NCAA Division I Indoor Track & Field Championships since 2011 and claiming the title in the 4×400-meter relay, the LSU men’s track & field team was named the BASF Team Chemistry MVP Award winner for the month of March.

The 2016 Tigers ended the year with a fourth place finish at the championships at the Birmingham Crossplex in Alabama last month, earning 28 team points in the event which was powered by the relay victory to leapfrog both Texas and Washington. The team had a string of fourth place finishes from 2008-11, while the squad also extended LSU’s impressive streak to seven-straight seasons of winning at least one NCAA Indoor event title between the men’s and women’s teams since 2010.

Lining up with their team of senior Cyril Grayson, junior LaMar Bruton, junior Michael Cherry and senior Fitzroy Dunkley, the Tigers were dominant in winning their fifth NCAA Indoor title all-time in the men’s mile relay with the third-fastest time indoors in school history at 3 minutes, 4.28 seconds in the final.

It was the second All-American performance of the day for two members of LSU’s national champion relay team as Cherry was crowned the NCAA Indoor Bronze Medalist and Dunkley earned a fifth-place finish in the men’s 400-meter final. Junior Nethaneel Mitchell-Blake turned in a third medal-winning performance for the Tigers as the NCAA Indoor Silver Medalist in the men’s 200-meter dash.

Mitchell-Blake’s runner-up finish in the men’s 200-meter final equaled the best finish all-time by an LSU Tiger at the NCAA Indoor Championships since Xavier Carter scored the silver medal in the 2006 season.

The Tigers have now begun competing in the outdoor portion of the season, with the SEC Championships taking place in Tuscaloosa, Alabama, May 12-14. The NCAA East Preliminary will be in Jacksonville, Florida, May 26-28, with the national championships at the University of Oregon in Eugene June 8-11 and U.S. Olympic Trials July 1-10 at Hayward Field.