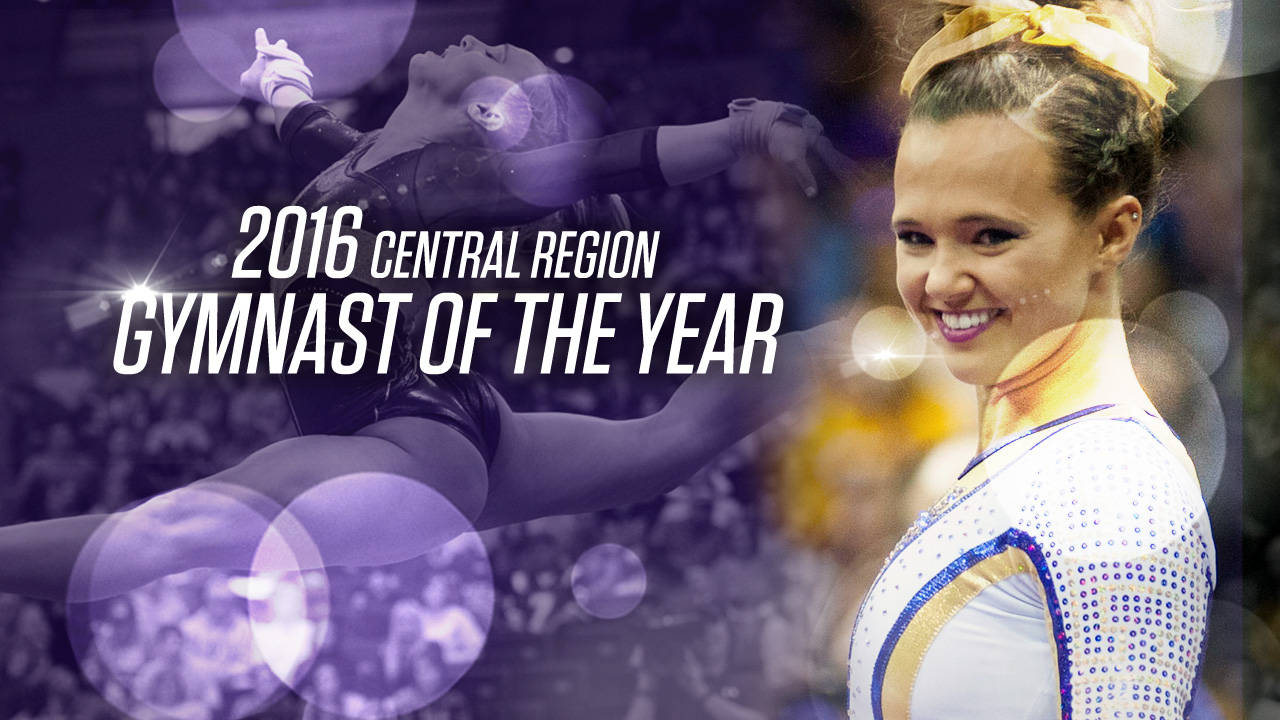 A three-event specialist, Gnat is the nation’s No. 1 performer on vault and floor, and she is the only gymnast to rank No. 1 nationally in two events. She also ranks No. 17 on beam.

The 2016 SEC Specialist of the Year, Gnat leads the nation with six perfect 10.0 scores, an LSU single-season record, and she earned her sixth 10.0 on floor to become the SEC Floor Exercise Champion and earn All-SEC honors at the SEC Championship on March 19.

Gnat also tied with teammate Myia Hambrick for the NCAA Athens Regional floor title with a 9.95 on April 2.

The Lake Mary, Florida native has been phenomenal all year on three events, winning a total of 24 individual titles with10 on floor, nine on vault, three on beam and two in the all-around.

A 2016 regular season All-American on vault and floor, Gnat leads the Central Region and the SEC in total titles, vault titles and floor titles.

She is also tied for the LSU single-season record with 10 floor titles, equaling the mark set by Sandra Smith (1980), Ashleigh Clare-Kearney (2009) and Lloimincia Hall (2013).

The Tigers will take on No. 2 Florida, No. 6 Auburn, No. 10 Georgia, No. 14 Minnesota and No. 18 Stanford for one of three spots in the NCAA Super Six inside the Fort Worth Convention Center in Fort Worth, Texas.

Tickets are $48 (all-session only), and all tickets are located in the 300 level of the Fort Worth Convention Center which will be general admission.

The deadline to order tickets through the LSU Ticket Office will be Tuesday, April 5 at 5 p.m. CT.

Both NCAA semifinals and the Super Six will be televised live on ESPNU.