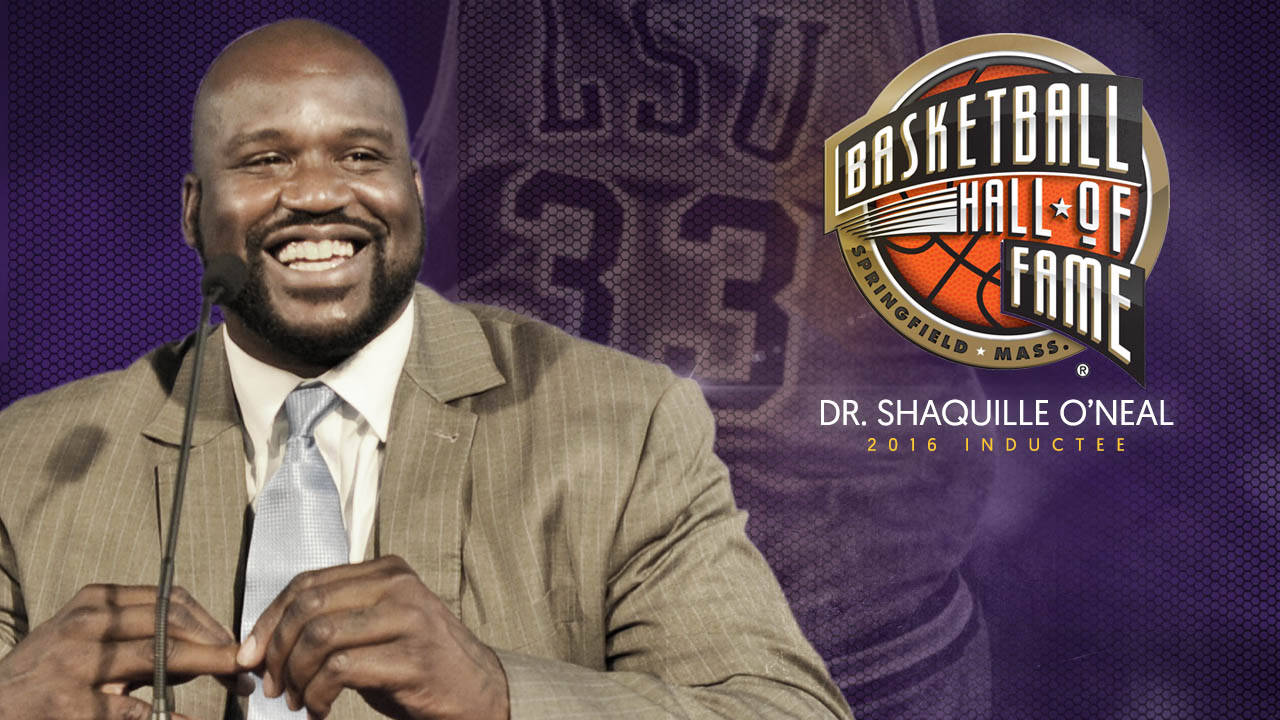 HOUSTON – The James Naismith Memorial Basketball Hall of Fame announced its official list of inductees for the 2016 class and former LSU All-America and sport icon, Dr. Shaquille O’Neal is included in this year’s class.

O’Neal and the remainder of the class will be inducted Sept. 8-10 at the home of the Hall, Springfield, Massachusetts.

For the 7-1 O’Neal, his three years at LSU (1989-92) proved to be some of the most entertaining in LSU basketball history because of the play of the Tigers and his engaging personalities. LSU fans saw that in its early stages before millions more discovered it during his lengthy NBA career.

“If I had one wish today, it was that my father would be here,” O’Neal told ESPN’s Rece Davis at the announcement ceremony. “As a youngster when I started playing ball, the first thing my father said to me was son, you pay attention to me I can make you as good as Kareem, Wilt and Bill Russell. I had no idea who those guys were. I’m a Dr. J man all day and Dr. J if you are watching I would like you to bring me up sir (on stage at the induction ceremony)…

“So, I just wish my pops was here. He passed away two years ago. It’s a very special moment, but it would have been very special for him to have this moment. When I was a young, medium juvenile delinquent, getting in trouble all the time he told me this day would happen. I didn’t quite believe him. But I listened to him. I just tried to be mentioned with all the greats … I’m here. I’d like to thank the Hall of Fame committee. I thought I would be the next time around, not this time. But I’m very, very thankful.”

At LSU, O’Neal was the two-time consensus Southeastern Conference Player of the Year and first-team All-America in 1991 and 1992. He was the national player of the year as chosen by the Associated Press (Rupp Award), United Press International and Sports Illustrated in 1991 and he was runner-up for the Naismith and Wooden Award in 1992.

As announced in 2015 some modifications were made to the election process beginning with this class. Most notably, potential honorees are eligible on the ballot for Hall of Fame enshrinement after four full seasons of retirement – which allowed for the inclusion of O’Neal on the Class of 2016 ballot.

A finalist needed 18 of 24 votes from the Honors Committee for election into the Naismith Memorial Basketball Hall of Fame.

From there he went on to become a successful businessman, earning his master’s and doctorate along the way. His number 33 was retired at LSU, following his graduation in December of 2000 and his statue was unveiled in the basketball plaza in front of the practice facility in 2011.

Only two other LSU men’s basketball players are in the Naismith HOF – Bob Pettit (inducted in 1971) and Pete Maravich (inducted in 1987). Two of LSU’s head women’s basketball coaches are also enshrined – the late Sue Gunter (2005) and Van Chancellor (2007). Tex Winter, who served a short time as an assistant with Dale Brown, was inducted for his contributions to the game in 2011.

O’Neal is a member of the LSU Athletic Hall of Fame and the Louisiana Sports Hall of Fame in Natchitoches. In November 2014, O’Neal was joined by Coach Brown as the pair was inducted into the College Basketball hall of Fame in Kansas City.