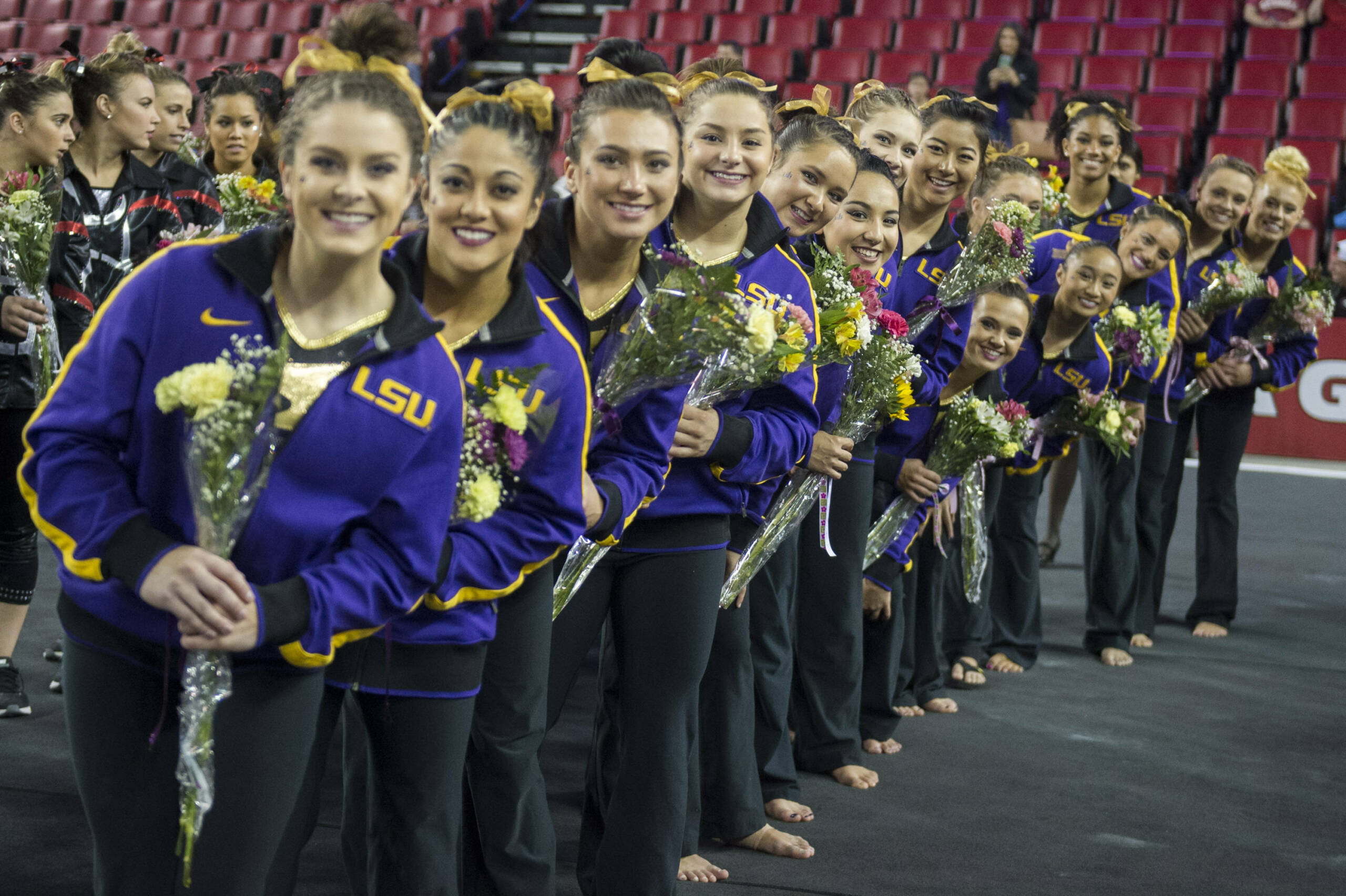 BATON ROUGE – The NCAA announced Sunday that the third-ranked LSU gymnastics team will compete in NCAA Championships Semifinal I in Fort Worth, Texas on April 15 in the Fort Worth Convention Center.

LSU (23-4) will compete on bars, beam, floor and vault in that order for the fourth-straight meet.

The top three teams from each semifinal will advance to the NCAA Super Six on April 16 at 8 p.m., and the winner of the Super Six will be crowned national champion.

Tickets are $48 (all-sessions only). All tickets are located in the 300 level of the Fort Worth Convention Center which will be general admission.

Tickets purchased through LSU will not be available for pickup until the week of the event, and information will be sent to fans who ordered tickets once the LSU Ticket Office has received the tickets.

The deadline to order tickets through LSU will be Tuesday, April 5 at 5 p.m.

Tickets may also be purchased at www.NCAA.com/tickets.

Individual National Champions
The individual event and all-around national champions will be determined on Friday during semifinal competition.