Blakeney to Test NBA Draft; Will Not Hire Agent 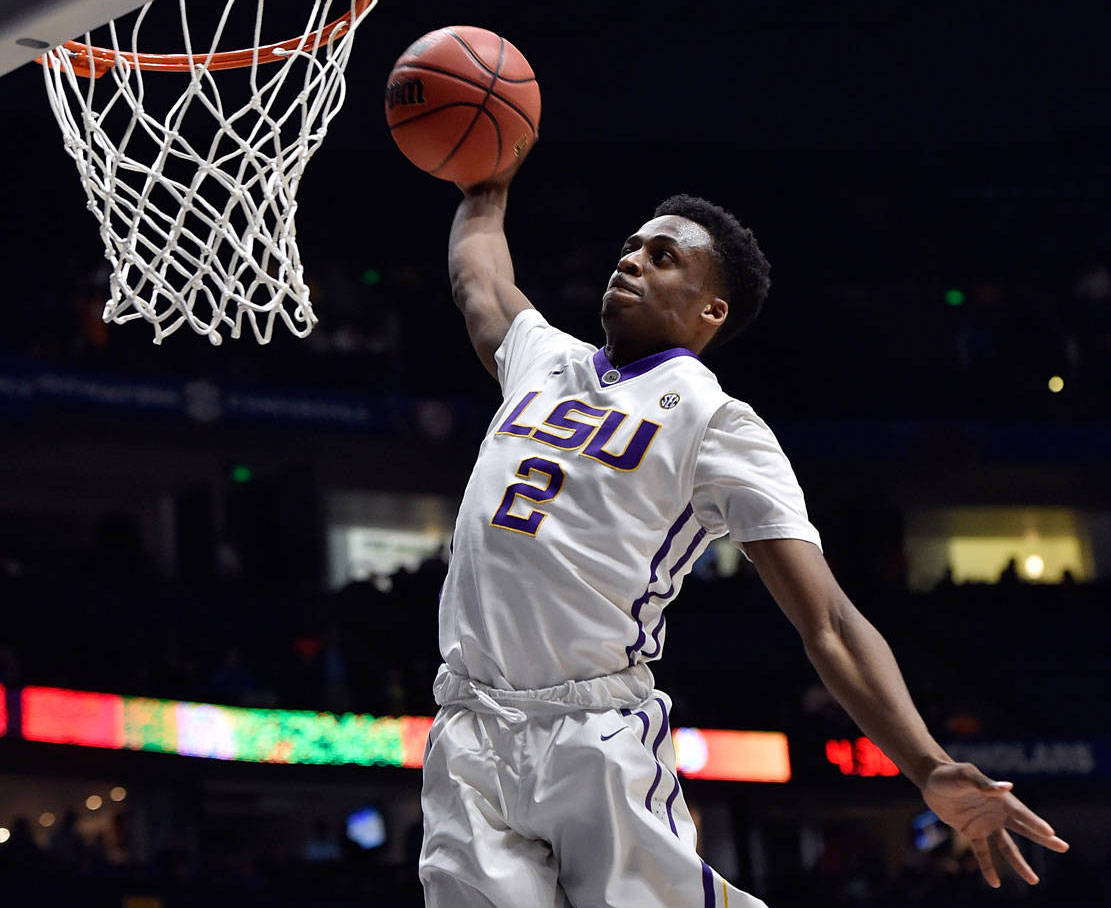 BATON ROUGE – LSU guard Antonio Blakeney, who earned All-SEC freshman team honors in 2015-16, has announced that he will test the waters of the new NBA Draft system that will help determine his immediate future.

Blakeney has said he will not hire an agent at this time and that under the new rules in place this year as authored by the NCAA, NBA and National Association of Basketball Coaches, would leave him the opportunity to return for his sophomore season.

“I want to take this opportunity to thank God, my family, my coaches and teammates,” Blakeney said. “I’ve learned some valuable lessons during my freshman year. I’m excited about my future in basketball and look forward to improving on and off the court each day.

“After meeting with my mom and the LSU Coaching Staff – I’ve decided to enter my name into the 2016 NBA Draft with the hopes of pursuing my dream of playing the game I love with the best in the world.

“I will not hire an agent to keep my NCAA eligibility intact. I love all the fans at LSU and would love for their support through this process.”

Starting this year, a men’s basketball student-athlete may put his name into the draft, but he can remove it from the NBA draft list up to 10 days after the conclusion of the NBA draft combine in mid-May. Also, students can enter the NBA draft multiple times without jeopardizing eligibility and may participate in the combine and one tryout per NBA team, per year.

The NBA will invite a select number of draft-eligible players to the combine, which will provide a good indicator of an underclassman’s draft potential. Following the combine, the NBA will provide specific feedback. Students can also work out for one NBA team to provide additional assessments.

A student invited to the combine will be allowed to work out with his college coaches from the time he receives his invitation until he withdraws from the draft. Workouts will be kept to the in-season limit of four hours a day for up to 20 hours per week.

The rule change reverses a 2009 decision to move the date by which students must remove their name from the draft to the day before the spring signing period in early April.

“With the new rules that are in place, it will give Antonio an opportunity that wasn’t available to players in recent years. We are glad that he will take full advantage of these changes and we are very supportive of his decision,” said LSU Head Coach Johnny Jones.

Blakeney, who was also the SEC Freshman of the Week twice during the season, averaged 12.6 points per game and 3.4 rebounds while starting 24 of the Tigers’ 33 games. He averaged 30.8 minutes per game and made 52 three-pointers. He finished the season making 89-of-119 free throws (74.8%) and 31-of-his-last-32 attempts, including a string of 28 straight.

Over the last 11 games of the season, the Sarasota, Florida native, who was Mr. Basketball as a senior at Oak Ridge High School, raised his scoring average from 9.5 to his final average of 12.6 points and averaged 18.6 points per game over those final 11 games and 14-plus points was his average in the 18 regular season Southeastern Conference games.

Blakeney had eight games of 20-or-more points and scored 32 at home against Florida on Feb. 27 and 31 against Mississippi State on Feb. 6. He had a double-double with 22 points and 10 rebounds in the win over McNeese State and hit four treys in a game on four different occasions.