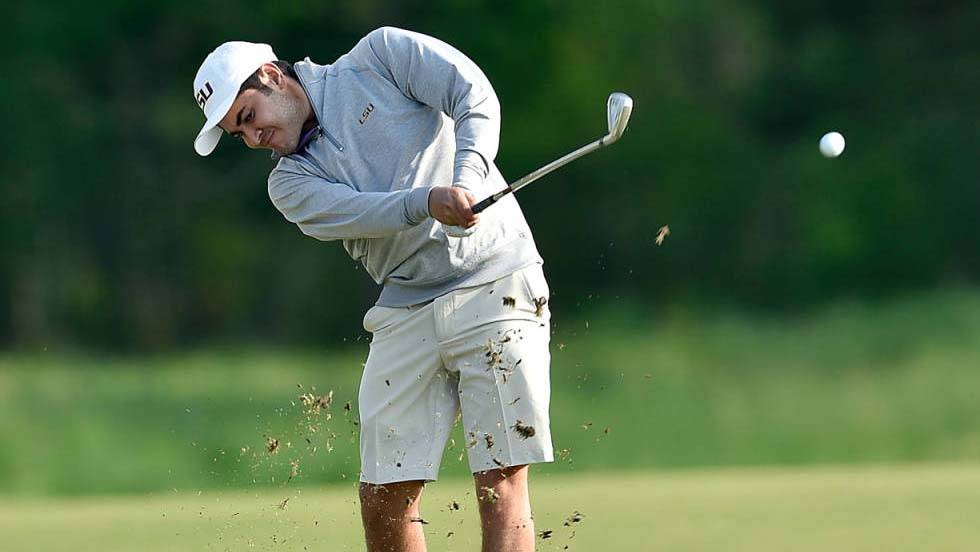 BATON ROUGE – Following a 25-shot victory in a Tuesday tune up at the Tiger Classic at the University Club, the 17th-ranked LSU Men’s Golf team is set to wrap up the 2016 regular season this weekend with a trip to Bryan, Texas, to tee it up at Texas A&M’s Aggie Invitational being held Saturday and Sunday at Traditions Golf Club.

The Tigers end their regular season at the Aggie Invitational for the fourth-straight season as Traditions Golf Club will play to a par 72 and 7,146 yards for the two-day, 54-hole invitational championship.

Teams will play 36 holes over two rounds in Saturday’s opener before the third and final round on Sunday to decide this year’s Aggie Invitational champion. Groups will begin play from holes No. 1 and No. 10 both days with tee times set to begin at 7:30 a.m. CT. Golfstat will provide live scoring of the tournament as fans can follow the Tigers in action at http://www.golfstat.com.

The Tigers have been among the top performing teams at the Aggie Invitational in recent years, even tying host Texas A&M for the team championship two seasons ago in 2014 with a winning score of 35-over par 899. They placed eighth in the field in their debut appearance in 2013, while adding a fourth-place team finish a season ago.

The Aggie Invitational has attracted a deep 15-team field once again this weekend as the Tigers are among four top-25 and seven top-40 teams set to tee it up at Traditions Golf Club. LSU is ranked as high as No. 17 this week in the latest Golfweek/Sagarin Performance Index, while they are joined by No. 8 Oklahoma State, No. 14 Oklahoma, No. 24 Arkansas, No. 29 Texas A&M, No. 31 Baylor and No. 36 Texas Tech.

The Tigers will be in the first wave of tee times off the front nine as they are paired with Texas A&M and Oklahoma during Saturday’s play and will tee off beginning at 7:30 a.m. CT. The opening day for the tournament will feature continuous play as teams will play the second round upon the conclusion of the first round.

The defending SEC and NCAA champions are finding their form down the stretch of the regular season as the Tigers followed an impressive runner-up finish in the 15-team field at the Valspar Collegiate Invitational last week on March 24 by winning their own one-day, six-team Tiger Classic on Tuesday. Their runner-up finish at the Valspar Collegiate Invitational came against a field with four top-10 and 10 top-25 teams to return to the Top 20 of the national rankings as No. 17 in Golfweek and No. 18 in Golfstat.

Senior Zach Wright has certainly been a catalyst for the Tigers this spring as he has won three of his four tournament starts to catapult himself into the No. 12 spot in the collegiate player rankings by both Golfweek and Golfstat. Wright has also cracked the Top 5 of the latest Arnold Palmer Cup Ranking released Thursday as the No. 5-ranked American in college golf.

Following his victory at The Prestige at PGA West to open the 2016 spring season, Wright has been crowned the tournament champion at both the Valspar Collegiate Invitational with a final score of 2-under par 214 and Tiger Classic with a score of 1-under par 215 to tie two LSU teammates in junior Eric Ricard and freshman Luis Gagne for the top spot on the leaderboard.

Wright continues to lead the Tigers with a 71.19 scoring average during his senior season while earning a team-leading five top-five and six top-10 finishes that includes his three wins so far this spring.

Gagne features in the lineup for the third-straight time as he has been a revelation for the Tigers since making his return to the lineup at the Valspar Collegiate Invitational just 11 days ago. That’s where he captured his best career finish with a tie for third-place while posting a career-low tournament score for 54 holes at 1-under 212 to finish just one shot behind Wright at the top of the leaderboard. Gagne has lowered his average to 73.00 strokes per round after also firing a 1-under 143 to tie Wright and Ricard at the Tiger Classic.

Ricard is one of three Tigers to appear in all eight collegiate events for the Tigers this season along with Wright and freshman teammate Sam Burns as each starts for the ninth time at the Aggie Invitational. Burns boasts the second-lowest scoring average on the team this season at 72.87 strokes per round while still looking for his first collegiate top-10 finish in a 54-hole event.

Rounding out LSU’s lineup at the Aggie Invitational this weekend will be junior Brandon Pierce with his eighth start of the season as he has posted a 73.40 scoring average in his seven previous appearances.

After wrapping up their regular season at the Aggie Invitational this weekend, the Tigers will defend their Southeastern Conference title in three weeks as the 2016 SEC Men’s Golf Championships return to the Seaside Course at Sea Island Golf Club in St. Simons Island, Georgia. This year’s conference tournament will be held April 15-17 as the Tigers are the defending champions in the event.