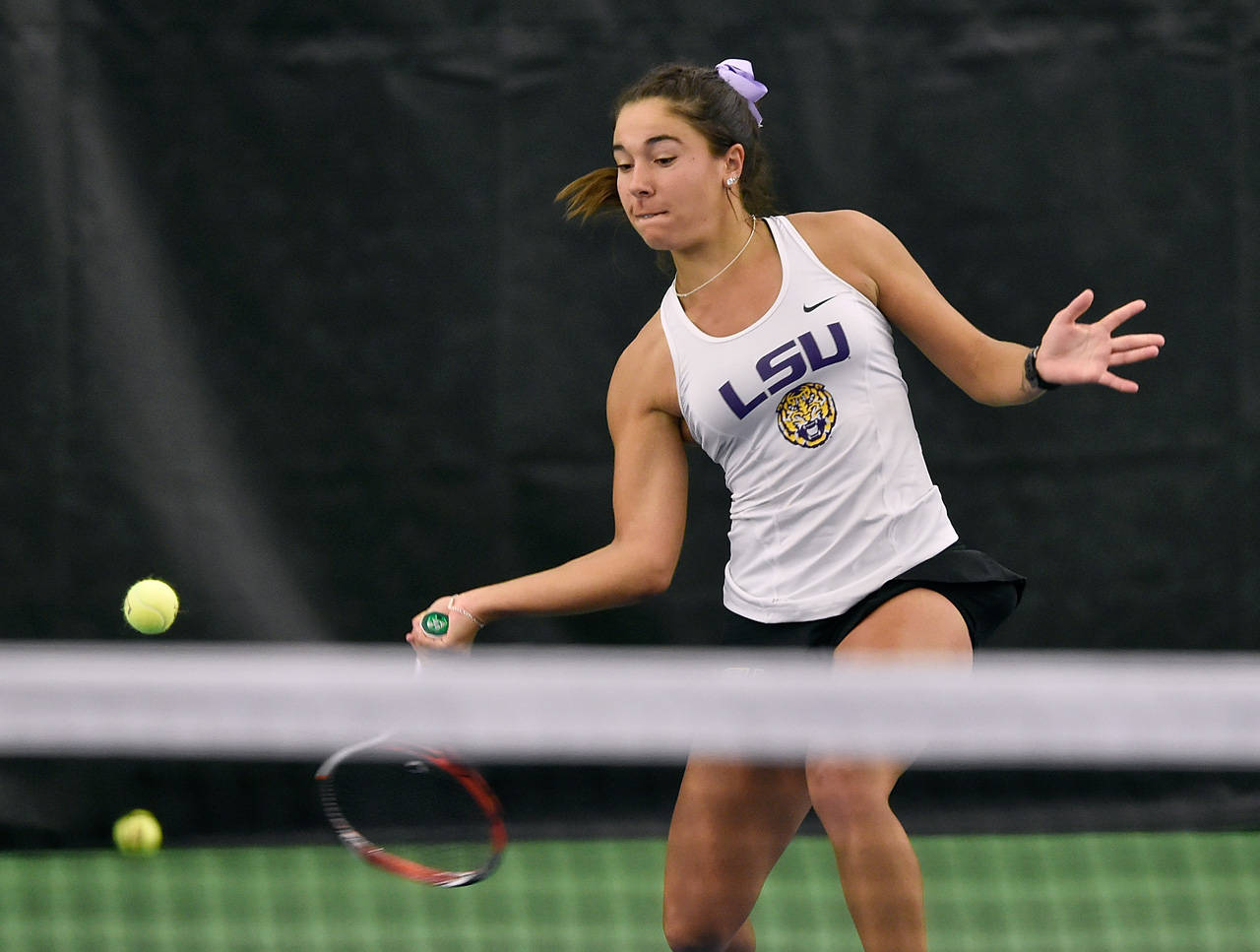 “We had a battle last night against Florida,” co-head coach Julia Sell said. “This is an ambitious team, and we are continuing to improve as we close out the SEC season. This is another great opportunity against South Carolina on Saturday.”

The Lady Tigers are coming off a loss at the hands of sixth-ranked Florida. Junior Abby Owens secured the team’s lone point on court five over No. 82 Jose Kuhlman 2-6, 6-2, 6-1. It was the first loss for the bottom half of the Gators’ lineup in a conference match this season.

Joana Vale Costa and Jessica Golovin lead the way on courts one and two for LSU. Vale Costa is ranked 19th in singles and holds a 13-8 record and 3-6 mark in conference. Golovin is ranked 48th and is 9-11 this spring with a 3-5 record in league play.

The Gamecocks boast a strong singles lineup with four players ranked. South Carolina is one of 11 teams nationally with four or more ranked singles players. Caroline Dailey is ranked 67th for the highest player on the team. Paige Cline and Hadley Berg are also ranked 34th in doubles.

South Carolina leads the all-time series, 21-5. LSU has not won at South Caroline since the first meeting between the two teams in 1985, a 5-4 win for the Lady Tigers.

Last season, LSU took down No. 26 South Carolina 5-2 at ‘Dub’ Robinson Stadium. It was the first victory over USC since 2011 and at the time was the highest ranked win under Julia Sell.