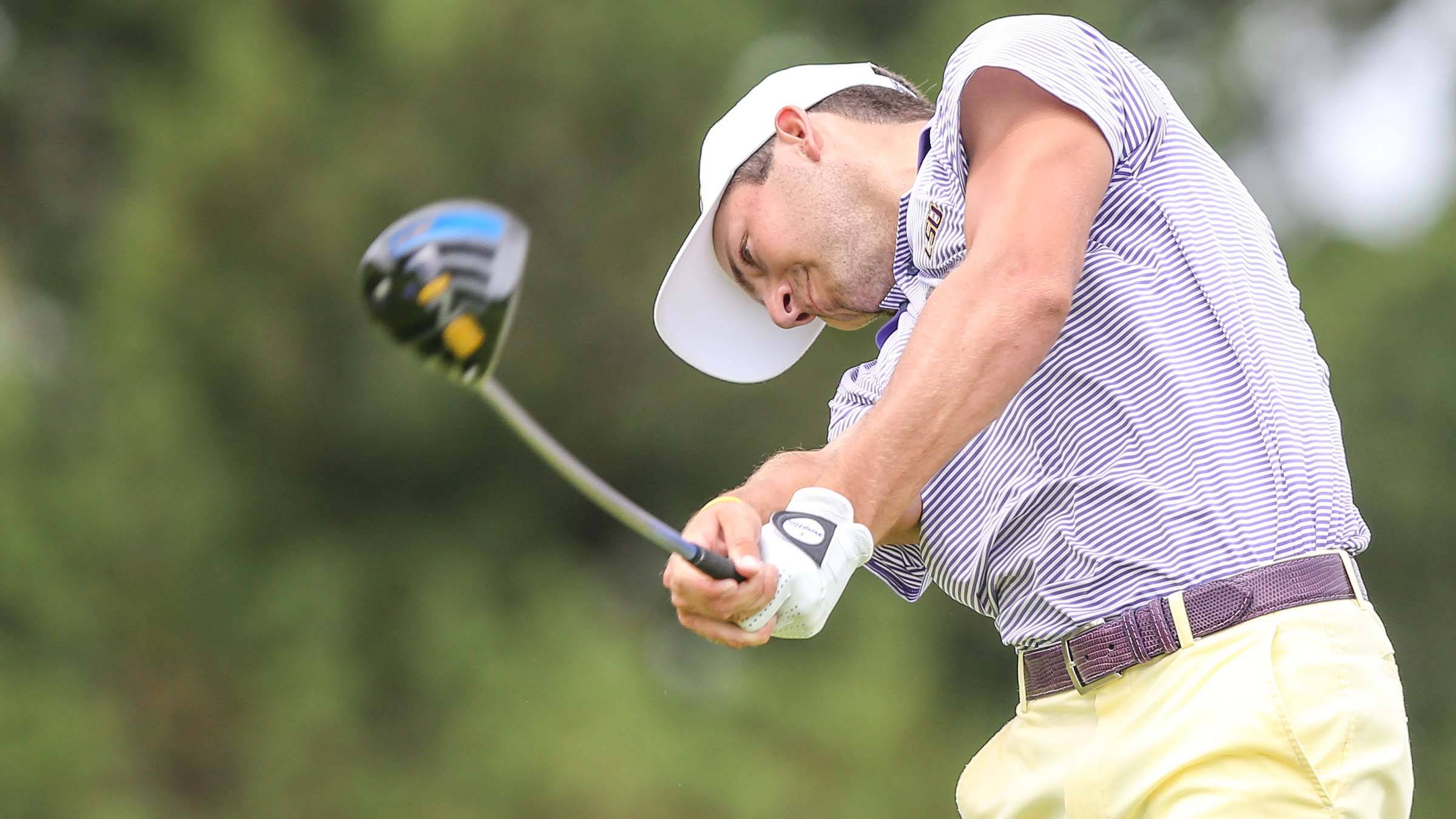 BATON ROUGE – Not only is LSU senior Zach Wright making his case as a Ben Hogan Award candidate with his performance this spring, but he is also poised to earn a spot on the United States squad competing at the Arnold Palmer Cup this summer after climbing six spots to No. 5 in the latest Arnold Palmer Cup Ranking released Thursday.

The top six golfers in the final ranking to be released by the Golf Coaches Association of America on April 15 from both the United States and Europe will be among the individuals selected to compete in this summer’s Palmer Cup being held June 24-26 at Formby Golf Club in Formby, Merseyside, England.

The Arnold Palmer Cup Ranking uses Golfstat’s NCAA Player Ranking as its base for ranking the Top 25 Americans and Top 25 Europeans while awarding bonus points for wins and high finishes and negative points for poor finishes in amateur events. The ranking also uses a strength of schedule component as part of its biweekly calculations.

Wright is currently the No. 12-ranked player in college golf regardless of nationality in the latest Golfstat power rankings also released in the wake of two tournament wins in as many weeks for the Tigers.

Wright, who was just named the Southeastern Conference Men’s Golfer of the Week by the league office on Wednesday, has been crowned a tournament champion in three of his four starts this spring after opening 2016 with a win at The Prestige at PGA West in February with a career-low 12-under par 201 for 54 holes.

He scored his second tournament title this season when he defeated Texas A&M’s Chandler Phillips in a one-hole, sudden-death playoff at the Valspar Collegiate Invitational on March 24 after tying his Aggie rival with matching 54-hole scores of 2-under par 211 for the championship. Wright made par on the first playoff hole at Floridian National Golf Club’s par-four 18th hole to take the title.

He followed by tying for medalist honors at the one-day, 36-hole Tiger Classic on Tuesday as he posted an identical score of 1-under par 143 for the day to tie teammates Eric Ricard and Luis Gagne for first place overall. Their performance helped the Tigers finish 25 shots clear at the top of the six-team field in their tune-up for this weekend’s regular-season finale at the Aggie Invitational.

A Second-Team All-SEC selection and PING Honorable Mention All-American a year ago, Wright is in the midst of another All-American season as a senior in 2015-16 as the team’s top performer to date. Wright leads an impressive LSU roster with his five top-five and six top-10 finishes this season while posting a team-low scoring average of 71.19 strokes per round in his nine tournament appearances.