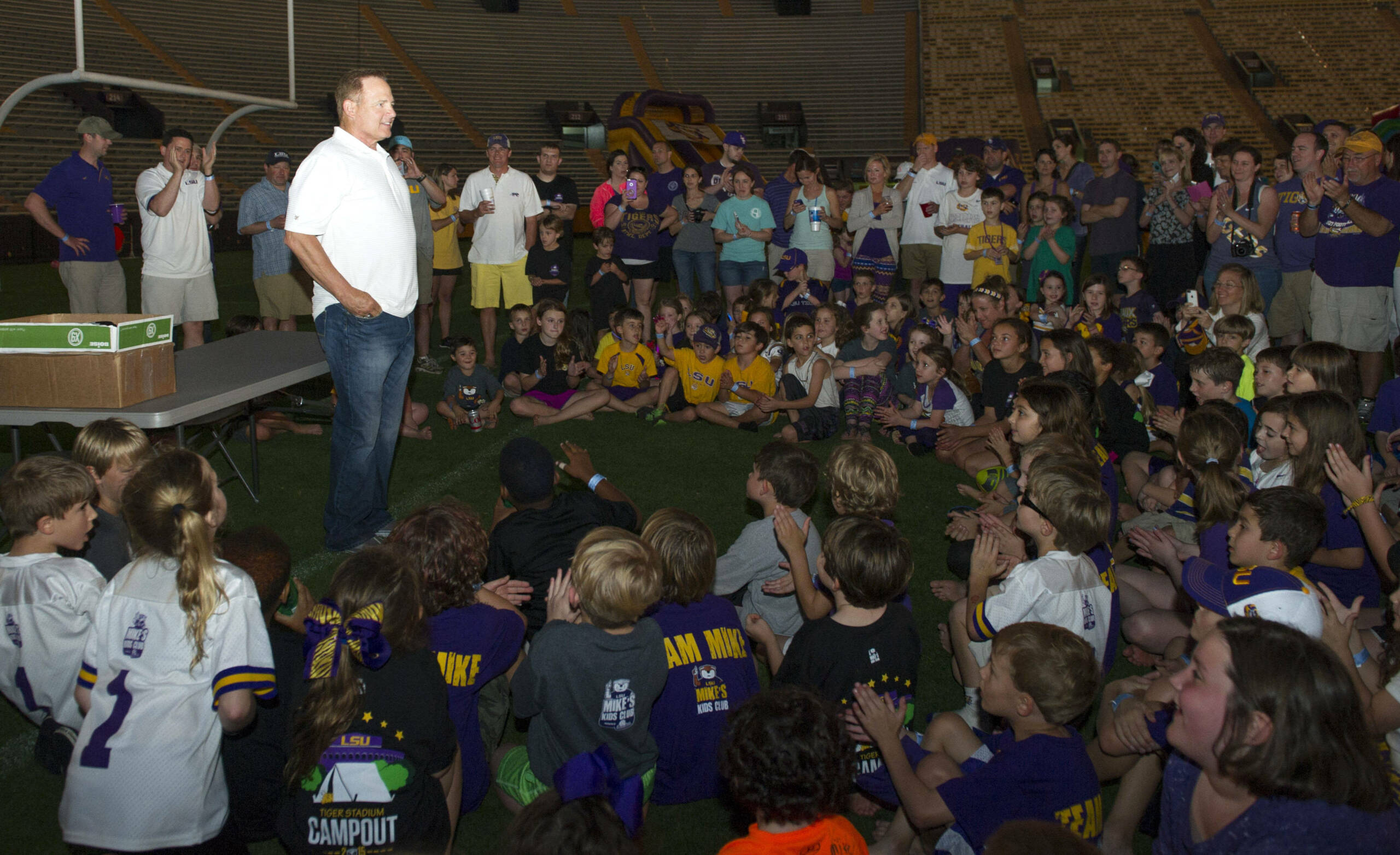 Tickets for the Tiger Stadium Campout can be purchased at www.LSUtix.net under the “Buy Online” tab. Space for the campout is limited and requests will be taken on a first-come, first-serve basis. Once all spots are filled, there will be an opportunity to be placed on a waiting list for the event.

Each child is required to be accompanied by an adult and there is a minimum of one adult and one child per camp space and a maximum of two adults and four children per camping spot.

Further details including rules and restrictions as well as confirmation of camping space will be emailed to Mike’s Kids Club members no later than Monday, April 22.

Activities during the campout include a viewing of the LSU baseball game vs. Ole Miss and then a movie (Disney’s The Good Dinosaur) on the stadium video board. Also, each Mike’s Kid Club member will receive a camp out t-shirt.

Mike’s Kids Club is a special club for children 12 and under. To join, there’s a one-time $15 fee that gives your child membership into the club until they reach their 13th birthday. Some of the benefits of the club include: access to select LSU athletic events such as the Tiger Stadium Campout and pregame activities at LSU sporting events.

For more information and to register to be a member of Mike’s Kids Club, visit www.lsusports.net/mikeskidsclub or contact by the club by email at mikeskidsclub@lsu.edu.