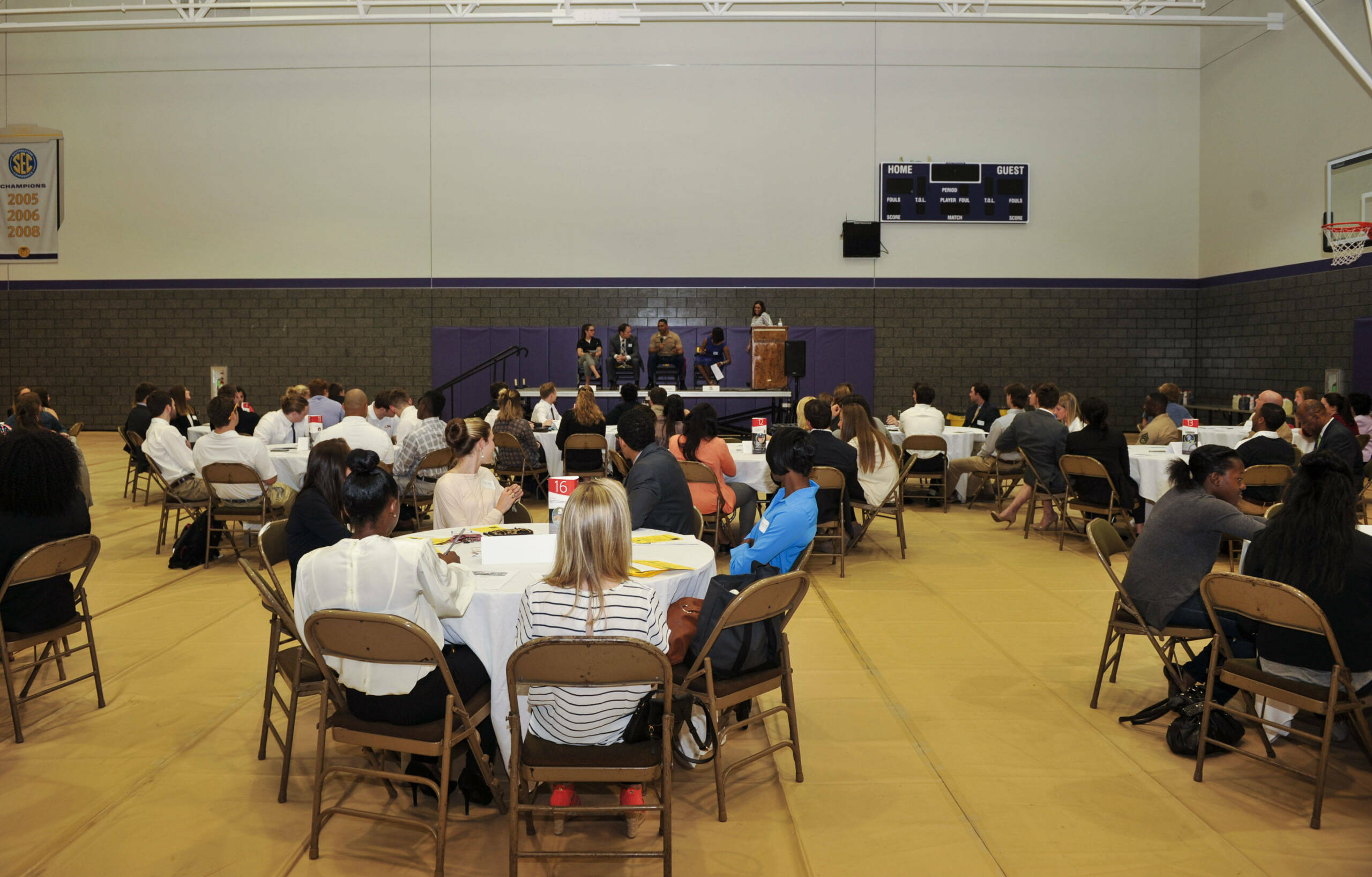 BATON ROUGE, La. – There are more than 460,000 collegiate athletes that compete in the NCAA, but only a few of them from each sport go on to compete at the professional or Olympic level. Therefore, it is important that these student-athletes develop a plan about the career they would like to pursue once their days as a collegiate athlete come to an end.

On Wednesday, March 30, LSU student-athletes from all sports came together to attend a career symposium called ‘The Pursuit.’ At ‘The Pursuit,’ student-athletes were given the opportunity to interact and network with professionals in their field of interest, enhance their interpersonal skills, and establish potential career contacts.

“I thought the event was good. It was good for people that are juniors and seniors and are getting ready to go in the workforce,” LSU baseball pitcher Jesse Stallings said. “It’s good to have these opportunities to talk to employers because it gives us a better foundation before we get into the workforce, and a lot of these student-athletes are going to be in the workforce unless they go professional in their sport. So, this is an opportunity for student-athletes to talk to potential employers and gain knowledge.”

Knowledge was not the only thing that the students received, some of the student-athletes received good contacts that they believe could lead to potential jobs.

“I really enjoyed the event. There were a lot of people here that I was interested in talking to,” LSU softball player Bailey Landry said. “I was able to make a few contacts, and definitely meet some people that I will be following up with.”

While the focus of the event was on the student-athletes, many recruiters also seemed to benefit from the event. Some of the recruiters referred to the event as one of the largest turnouts that they have seen.

“I’ve been to this type of event with LSU for many years and this has been the largest turnout, so it’s very exciting,” East Baton Rouge Parish School System recruitment manager Daphne Donaldson said. “I enjoy the roundtables because I was able to talk to numerous student-athletes about their career paths and what they are looking forward to in the future. Hopefully, we’ll be able to recruit some of them, which I think we will, into the teaching profession.”

More recruiters mentioned they too enjoyed the setup of the event, in particular, the roundtables.

“I think the event was amazing. I love the setup, and what I appreciate the most was the open forum. Letting us rotate to different tables so we did not have to be so redundant,” the program associate for Playworks Louisiana, Edward Carter said. “The student-athletes are wonderful, and I think it is a five-star event.”