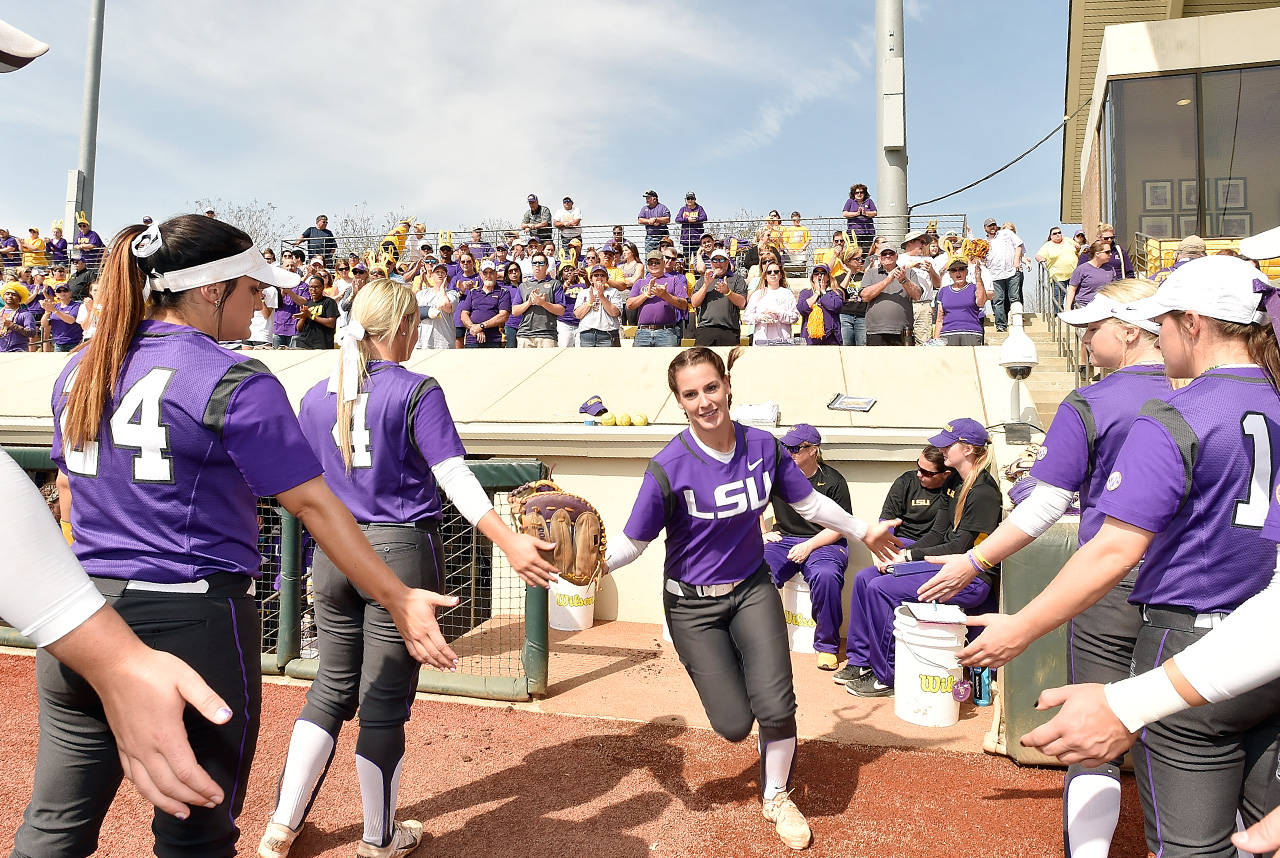 BATON ROUGE, La. – The No. 8 LSU softball team picks up the bats again this weekend as the Tigers will travel to Athens for a three-game Southeastern Conference showdown with the No. 10 Georgia Bulldogs at Jack Turner Stadium.

All three games of the series can be heard locally in Baton Rouge on the home for LSU softball on Talk 107.3 FM with Patrick Wright. Coverage begins 15 minutes prior to first pitch, with audio also available for Geaux Zone subscribers.

Game one and three of the series will also be streamed live online via SEC Network+, which is available through WatchESPN and the WatchESPN app. Links to the stream, as well as live stats and Geaux Zone audio will be available on the home for LSU sports at LSUsports.net.

LSU goes into the series this weekend against the Bulldogs looking to regain its stride after dropping all three games to No. 1 Florida at home last weekend. The losses dropped the Tigers to 26-8 overall on the year and 3-6 in conference play. After taking the first league series against Alabama, LSU has dropped four of the last five games and five of the last seven overall all to league opponents.

However, the road for LSU to open against league competition has been fierce, as Georgia will be the fourth team ranked either in the Top 10 or Top 15 at the time of the series, opening with the Crimson Tide who were fourth, Texas A&M on the road who was 11th and Florida at home that has been the top ranked team all season.

“When you play as many ranked teams as we have the last few weeks, it shows that you’re going to have to be mentally tough to succeed in this league,” head coach Beth Torina said. “I think the team had very high hopes to play better last weekend and have a different outcome, but in the end I think we played well at times and there is a silver lining there that we can use to come back around.”

Georgia is ranked 10th coming into the series with a 30-5 record and 4-2 mark in the league, sweeping the Aggies in Athens last weekend. By the end of the season, LSU is scheduled to have at least two more ranked series on the horizon with matchups against Kentucky next week and Washington to close out the year.

The team was still able to pull some positives from last weekend’s two-day series, holding the Gators to fewer than five runs and five hits in two of the three games and playing nearly impeccable defense. By the end of the weekend, LSU still had the fifth-lowest earned run average in the SEC at 1.87, included in a group within the league that is all under 2.00.

Within the staff, sophomore Carley Hoover still leads the Tigers in wins with 10 in 18 appearances so far this year, striking out 117 in 80.2 innings of work. Hoover struck out 13 in the opener last Friday, a league season-high, and has an ERA of 2.43.

Freshman Sydney Smith has the lowest on the staff at 0.59, pitching five shutouts to lead the group. Although she saw action in one game, she got the final two outs of an inning as teams are batting .190 against her when she was in the circle.

Allie Walljasper wound up on the wrong side of the coin later Friday evening, as she pitched a gem through a season-high nine innings, holding Florida to just one hit for much of the game. Walljasper is 4-4 on the season with a shutout and a save, seeing action in 58.0 innings of work.

Offensively, LSU will head into the weekend looking to get its bats going again after plating just two runs in the three games. The Tigers have the fourth-best batting average in the SEC at .344, but in the last seven games have scored more than five runs in just two.

With some fluidity in the lineup much of the weekend, LSU got its hitting production from various points of the order, as Sandra Simmons ended the week leading the Tigers at the plate with her .444 average. Simmons is hitting .318 this season with three doubles, a triple and a home run in her senior campaign.

Amber Serrett had both of LSU’s extra base hits with two doubles, as Serrett and Bailey Landry were the only other players to earn multiple hits in the weekend. Serrett is steady with a .383 batting average, while Landry is hitting .350 with a team-high tying 36 total hits, tying for the team lead in triples with two.

The sweep of the Aggies washed out the taste of dropping two of three in walk-off fashion to South Carolina the previous weekend, as Georgia earned a win over Georgia Tech Tuesday night to extend its winning streak to four games.

“Athens is definitely a tough place to go to on the road, but we’ll show up and give them our best game and prepare our players like we always do,” Torina said. “We’ve worked on some of the things they do, and gameplan for what they do well and how we can attack it.”

This is the first meeting between the two sides since LSU took two of three in Baton Rouge back in 2014, as the last time in Athens the Bulldogs swept a pair of games 10-7 and 10-5.