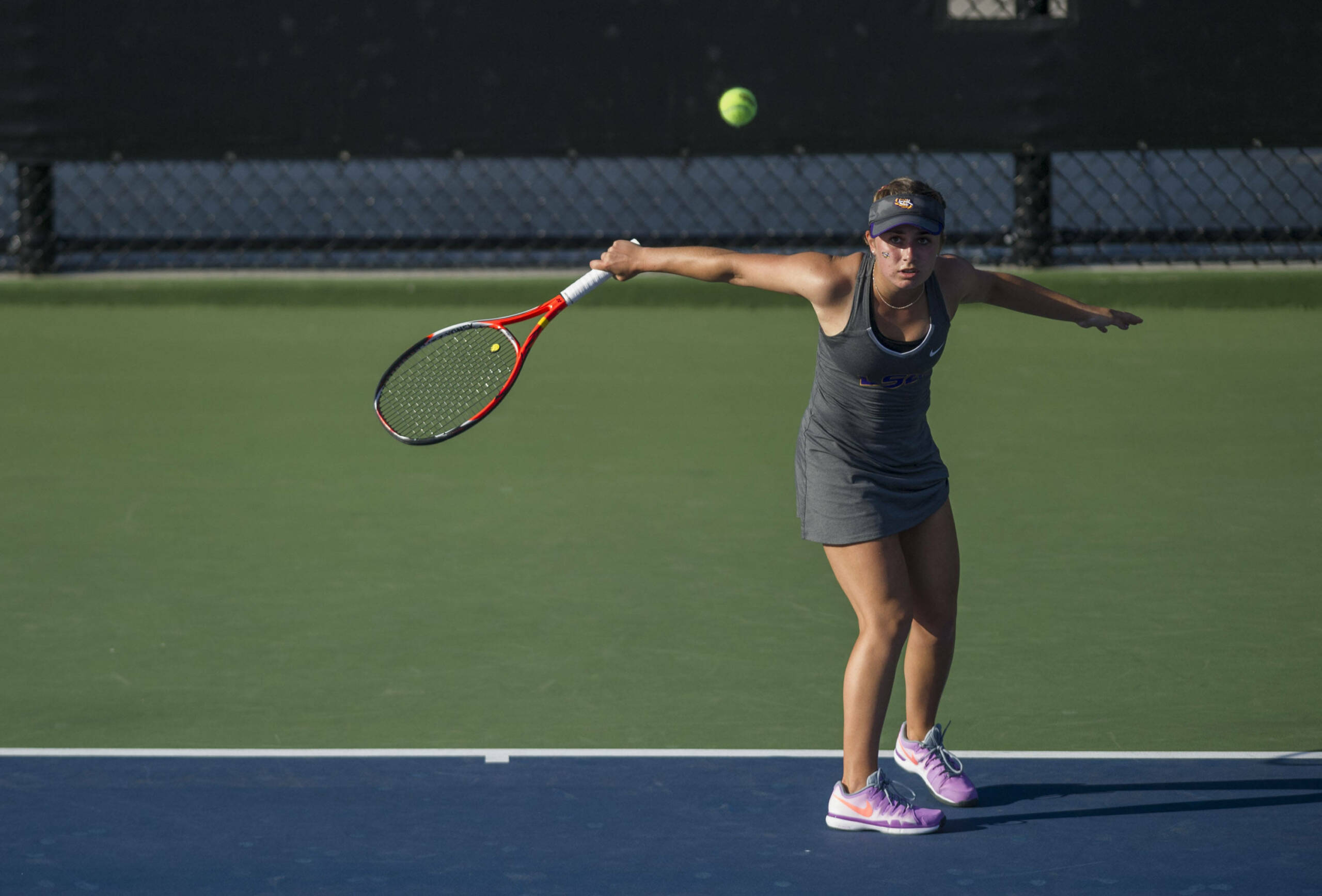 The match up against the Gators marks the 10th time this season that the Lady Tigers have faced off against a top-30 team and fourth against a top-10 team. Live streaming and scores for the match will be available at floridagators.com.

“We are really excited for the opportunity this week to play two top-eight teams,” co-head coach Julia Sell said. “They have been dominating our conference thus far, but we are looking forward to the challenge.”

Junior Joana Vale Costa is ranked 19th in the ITA/Oracle singles poll and leads the Lady Tigers on court one. Vale Costa has won three of her last matches, including victories over the 33rd and 72nd ranked singles players.

Jessica Golovin is ranked 48th and is the reigning SEC Freshman of the Week. Last week, the New York native took down No. 83 Ana Oparenovic and Kelli Hine on court two to earn the honors for the second time this season.

In her first season in Baton Rouge, Ryann Foster has impressed in the LSU lineup on courts three and four. Foster is 24-7 for the 2015-16 season and 17-2 this spring. The Sunrise, Florida native is 5-2 in conference play and 3-1 against ranked opponents.

Arguably the most important part of LSU’s lineup this season has been the play of the bottom half of the lineup. Skylar Kuykendall, Abby Owens and Ella Taylor are 16-2 between their regular courts of four, five and six in SEC play.

Last season at the ‘Dub’, Florida took a 4-0 victory over LSU. Florida has been dominant at home with 155 straight dual-match victories since the 2005 season. The Gators lead the all-time series over the Lady Tigers, 41-1, with the lone victory coming in 2009.