Golovin Named Freshman of the Week 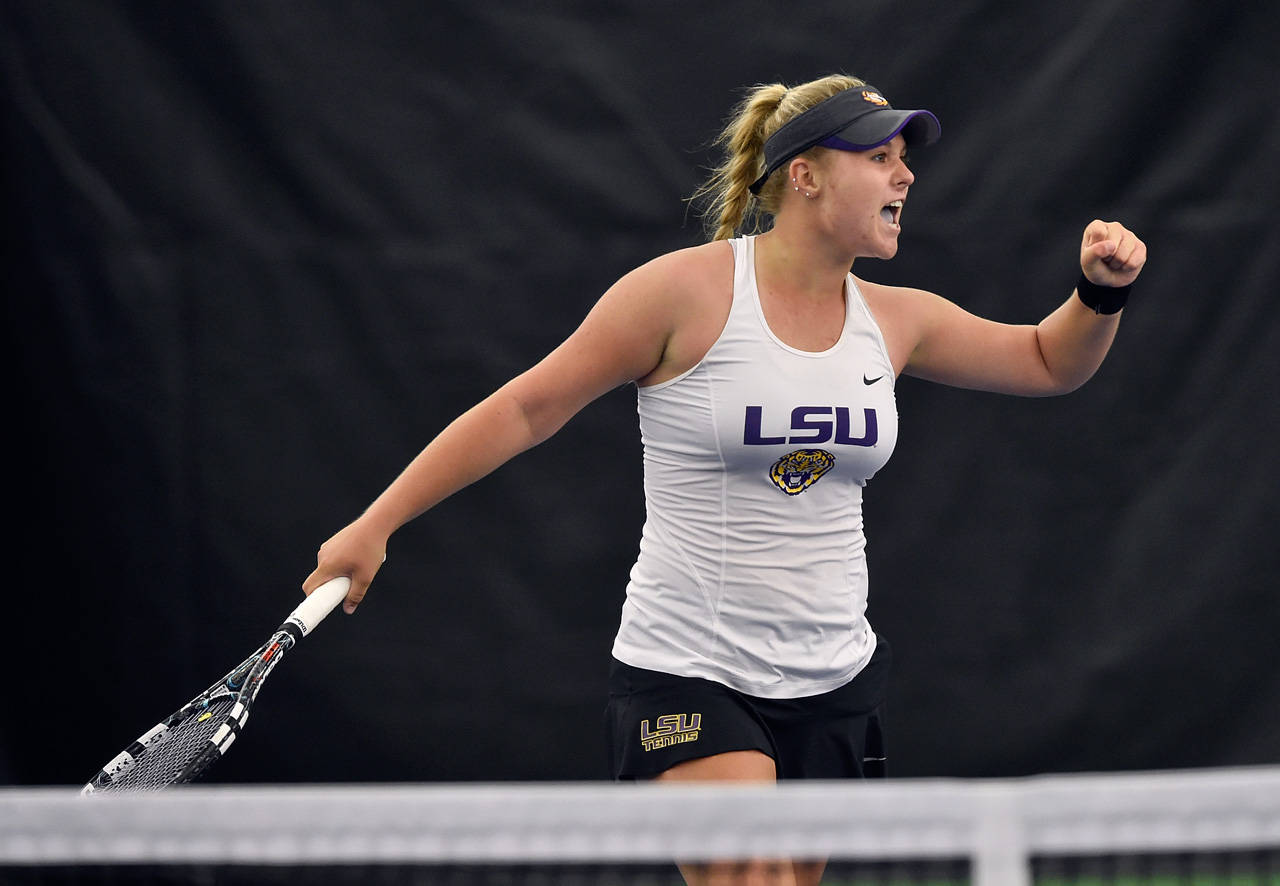 BATON ROUGE — For the second time this season, Jessica Golovin of the LSU women’s tennis team has been named the SEC Freshman of the Week, the league office announced Wednesday.

Golovin earned two singles wins over the weekend to help lead 15th-ranked LSU to a 5-2 victory over No. 26 Arkansas and 7-0 win over No. 59 Missouri.

The New York, N.Y. native defeated No. 83 Ana Oparenovic of Arkansas 7-5, 4-6, 6-2 Friday. Golovin also teamed up with Joana Vale Costa to defeat Yuliya Lysa and Shannon Hudson, 6-1, on court one.

Golovin and the Lady Tigers return to action at 4 p.m. Thursday against No. 6 Florida in Gainesville.