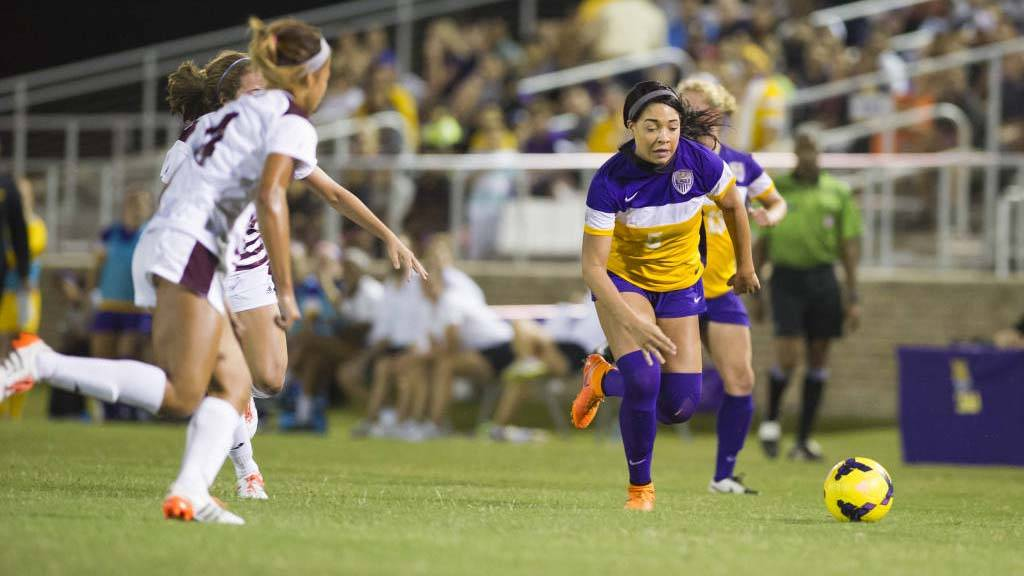 BATON ROUGE – LSU’s First-Team All-SEC striker Jorian Baucom has certainly been part of head coach Michelle French’s planning as part of the U.S. Under-20 Women’s National Team for much of the past year, and she will return to the national team this weekend for an eight-day training camp beginning Friday in Lakewood Ranch, Florida.

The U.S U-20 Women’s National Team continues its preparations for the 2016 FIFA U-20 Women’s World Cup that will be held later this fall from Nov. 13-Dec. 3 in Pacific rim nation Papua New Guinea.

The group draw for the tournament was held on March 17 with the U.S. U-20s drawing France, Ghana and New Zealand in Group C. The United States open the FIFA U-20 Women’s World Cup on Monday, Nov. 14 with a match against France before also facing New Zealand on Thursday, Nov. 17, and Ghana on Monday, Nov. 21, to wrap up group play.

Baucom is among 26 players invited to the team’s latest week-long training camp in Lakewood Ranch, Florida, including 22 of the premier players currently competing at the collegiate level.

Baucom ranked second in the SEC scoring charts and tied as the NCAA’s No. 15-ranked goal scorer during her sophomore season in 2015 as she led the Tigers with her career-high 15 goals and 32 points in the campaign. That performance earned Baucom both First-Team All-SEC and NSCAA First-Team All-South Region honors as one of the nation’s top offensive talents in the fall. She was even named as the SEC Offensive Player of the Week twice on Sept. 14 and Oct. 30 during her sophomore season.