OneRepublic to Perform at Halftime on Oct. 17 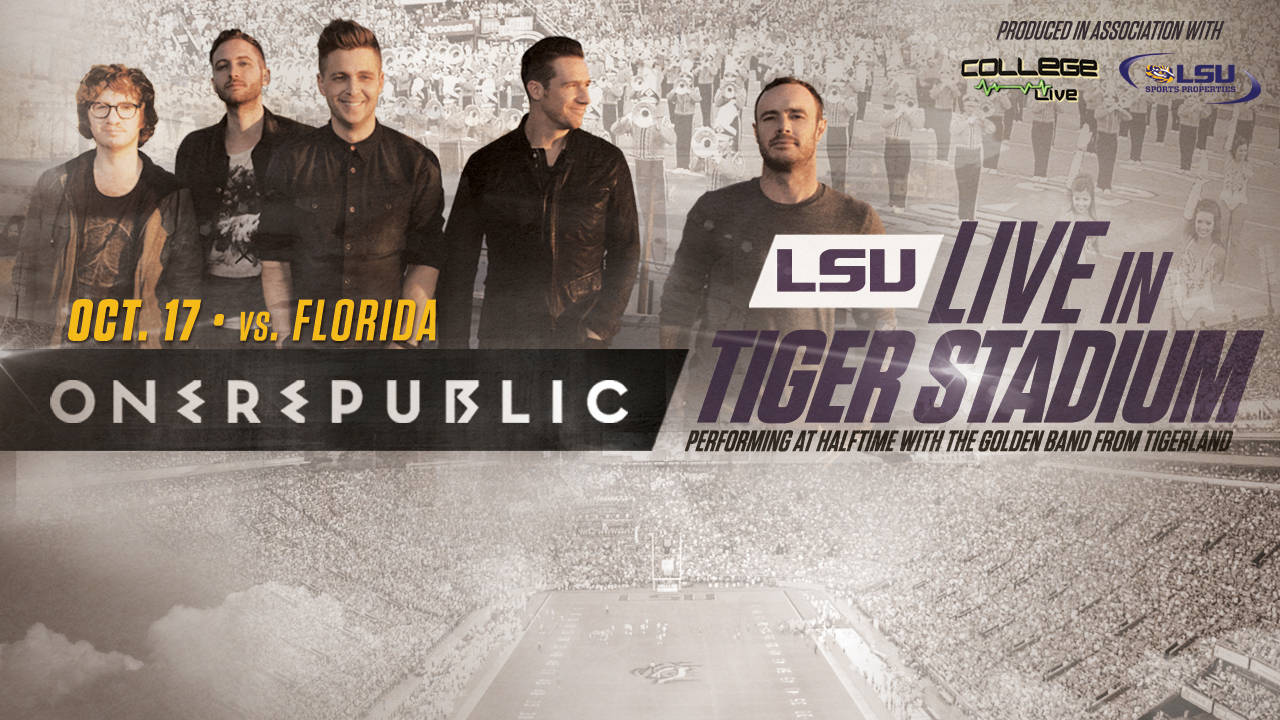 BATON ROUGE – World-renowned artist OneRepublic will perform at halftime of the LSU-Florida football game this year, LSU Director of Athletics and Vice Chancellor Joe Alleva announced today. In addition, in the coming days, a second world-renowned act will be announced to perform at another Southeastern Conference home game. The Super Bowl styled performances will be held in conjunction with the Golden Band from Tigerland.

“This is a unique opportunity that we are excited to bring to Tiger Stadium this fall,” said Alleva. “We continue to look for ways to enhance and compliment what is already the best atmosphere in college football and we think that these two performances will be something that our fans will enjoy.”

The LSU Athletic Department, along with LSU Sports Properties, collaborated with College Live to develop special halftime performances that will also be integrated with LSU’s Golden Band from Tigerland.

“The LSU Golden Band from Tigerland is honored to share the field this season at halftime with OneRepublic.” said Roy King, LSU Director of Marching Bands. “Our students have begun their preparations for these historic performances in Tiger Stadium. I know that each and every one of our band members are excited to perform with such exceptional artists.”

“Saturday night in Tiger Stadium is about to get even bigger,” said Don Green, president of College Live LLC. “We are more than thrilled to bring the ultimate college football experience to an entirely new level. Envision chart-topping musical artist joining with the Golden Band from Tigerland, the parade grounds filled with interactive displays, fan experiences and more,” he added.

A limited number of tickets remain for all home games. For more information, log on to www.lsutix.net.