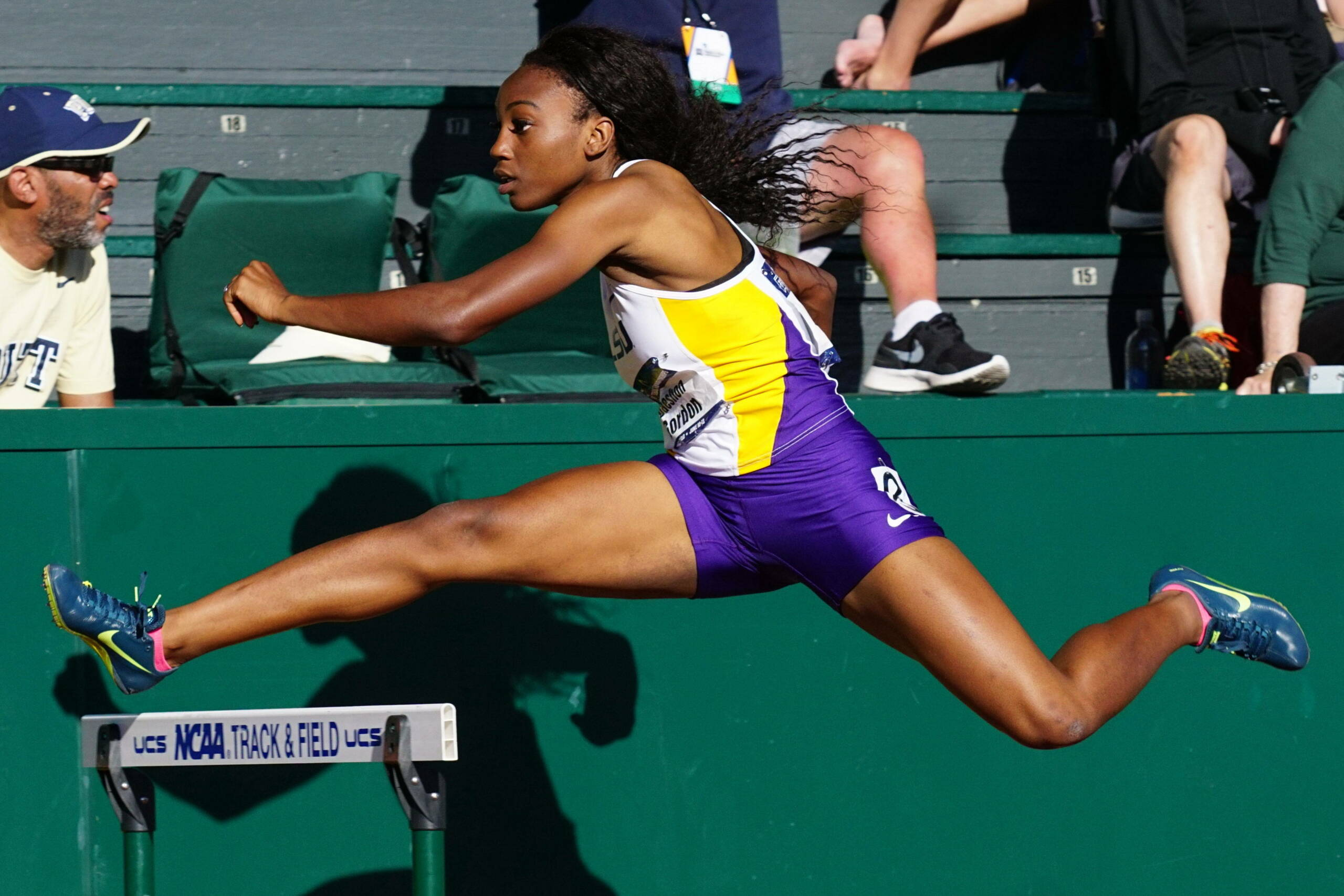 KINGSTON, Jamaica – It proved to be a record-setting finale for Lady Tiger freshman Daeshon Gordon at this year’s Jamaican Senior National Championships as she smashed the Jamaican junior record with a personal best of 12.97 seconds to take fourth place in the final of the women’s 100-meter hurdles on Sunday night at Kingston’s National Stadium.

Qualifying for the final by winning the second semifinal heat earlier in the day with a time of 13.20 (-1.7), Gordon proved to be the fourth-best Jamaican at these senior championships when she stopped the clock with a new career best of 12.97 to become the fastest junior athlete to ever line up in the event for Jamaica.

LSU’s Daeshon Gordon just set the Jamaican junior record in the 100 hurdles with a PR of 12.97 (-1.1)! #JaTrials pic.twitter.com/T1yUyyIUis

An All-American in the event in her debut season with the Lady Tigers in 2015, Gordon shattered her own personal best in the event by more than one tenth of a second with her run of 12.97 in the final after running a previous best of 13.10 in the national quarterfinals at the NCAA East Preliminary Rounds while kicking off the NCAA Championships in Jacksonville, Florida, from May 28-30.

She would go on to qualify for the NCAA final in her debut appearance at the NCAA Division I Outdoor Track & Field Championships and earn All-America honors with an eighth-place finish at Oregon’s Hayward Field on June 13. Gordon also ran a personal-best time of 57.24 to finish in 10th place overall in the semifinal round of the women’s 400-meter hurdles at the NCAA Championships two weeks ago.

By racing to a new wind-legal personal best of 12.97 on Sunday, she smashed the previous 6-year-old Jamaican junior record of 13.06 set by Shermaine Williams during the 2009 season. It also secured Gordon a spot on Jamaica’s team going to the Pan American Junior Championships later this summer that will be held in Edmonton, Alberta, Canada, from July 31-Aug. 2.

She is among three LSU freshmen that will be competing at Pan Am Juniors after teammates Aleia Hobbs and Mikiah Brisco earned their spot on Team USA during Friday’s action at the USA Junior Outdoor Track & Field Championships being held at the University of Oregon. Hobbs was crowned the U.S. Junior Silver Medalist in the 100-meter dash to earn the right to compete for the United States in both the 100 meters and 4×100-meter relay, while Brisco was also named to the sprint relay pool as the fifth-place finisher in the 100-meter final.