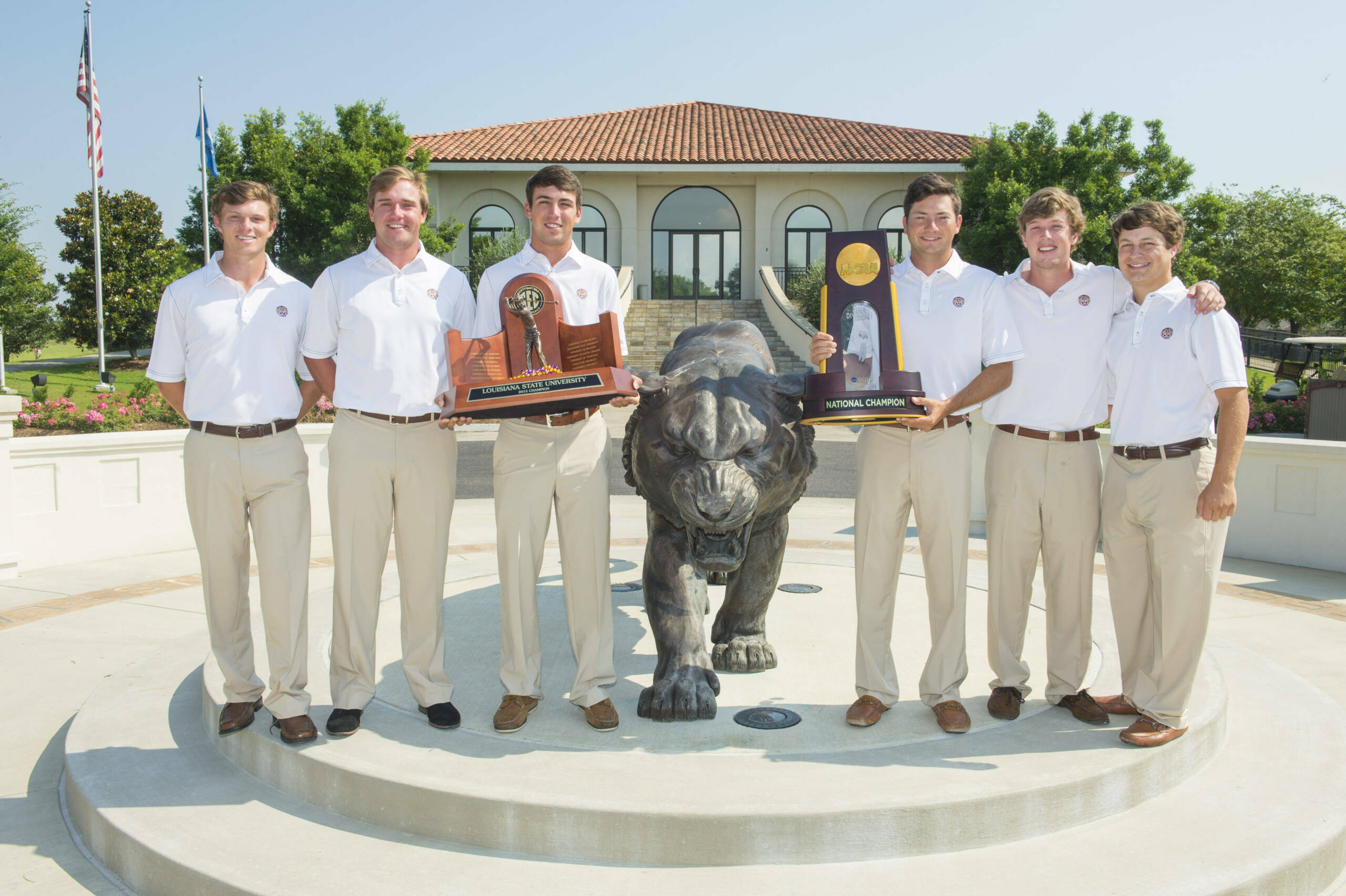 BATON ROUGE – LSU wrapped up another banner year of athletics as the Tigers had 16 of their 21 sports earn points towards the school’s No. 15 national ranking in the annual Learfield Directors’ Cup, which was released this week following the conclusion of the College World Series.

Of LSU’s 21 sports, 16 competed and placed in an NCAA event with the men’s golf team leading the way with the program’s first national title in 60 years. LSU also won Southeastern Conference titles in men’s golf and baseball.

Nationally, the Tigers had seven Top 10 NCAA finishes and LSU became the first school in the history of the Southeastern Conference to play in a bowl game, have both its men’s and women’s basketball teams reach the NCAA Tournament and advance to the College World Series in baseball and softball in the same athletic year.

LSU also advanced to the NCAA Tournament second round in volleyball, and men’s and women’s tennis. The LSU women’s golf team reached the NCAA Championships and featured the SEC Player of the Year in Madelene Sagstrom.

The annual Learfield Sports Director’s Cup, which measures the overall strength of institution’s athletic programs, released its final standings for the 2014-15 athletic year following the conclusion of the College World Series. Points are awarded based on each institution’s finish in up to 20 sports – 10 women’s and 10 men’s.

Stanford won the overall Directors’ Cup title with 1448.0 points followed by UCLA with 1,236 points and Southern Cal with 1,209 points.

In addition to the men’s golf team finishing first at the NCAA Championships to get 100 points towards the Directors’ Cup standings, the LSU softball team added 83 points to the school’s total with a third place finish at the Women’s College World Series. LSU’s men’s track and field team placed fourth at the NCAA Outdoor Meet to register 80 points towards the school’s Directors’ Cup total.

LSU’s History In the Director’s Cup