NBA Draft May be Historic for Basketball Stars 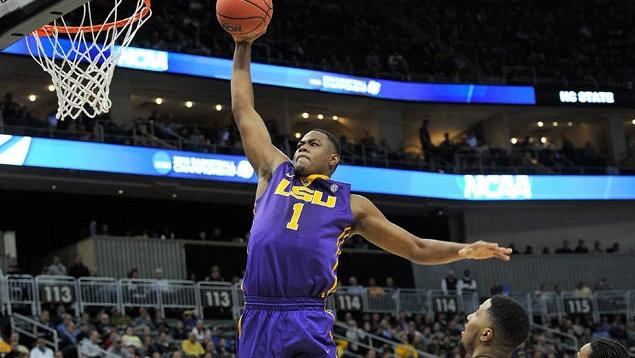 The reward should be announced by the NBA sometime during the two rounds at the Barclay’s Center in Brooklyn. The telecast of the event is set to begin at 6 p.m. CT on both ESPN and NBATV.

Two rounds, 60 picks and futures hanging on the line for so many.

Lowe: NBA Draft Worth the Wait for Many Tigers

“I’m excited for both Jarell Martin and Jordan Mickey and their families,” said Coach Jones as draft night approached. “Although hard work, preparation and prayers have been constant, the reward will be hearing their names called by the NBA on draft night. They made a huge impact here at LSU in just two years. We were blessed and grateful to have them a part of our program and look forward to special things in the future as they continue to blossom.”

And as the draft for 2015 is counting down there is new legislation proposed Wednesday that would allow underclassmen to go to the draft combine and get an evaluation and then withdraw and return to school. Now the NCAA rules read that once a player declares and files the paperwork to enter the draft, he cannot return.

While waiting for the draft to begin, everyone has been studying the many mock drafts being put out by anyone who seems to be able to find 60 players to make a list.

The mocks have both Martin and Mickey going just about anywhere. Some have had one in the first round and one in the second round, but there have also been mocks and a few tweets that have indicated that both players have been told by teams that they could be picked in the first 30 picks.

Two LSU players drafted in the first round has never happened in the history of the draft. A total of 52 players have been taken since 1950 in the opening round, whatever its length, but never two in the same round. There have been 13 first round Tiger picks, the last in 2008 when Anthony Randolph was chosen with pick 14.

So it becomes a waiting game for both. Promises, guarantees, good workouts, long days on the road are over for now.

It’s very tough and challenging,” Martin said of the workout schedule earlier this week in The Advocate. “From us being able to work out and traveling to a whole other state and then working out again, it’s very tough, but we’ve got to embrace it.

“It only happens once, so we’ve got to live it out and fight through it. It’s been a blessing. “This is our dream, a basketball player’s dream being here in this position.”

The pair earned first-team All-SEC honors during the course of their sophomore seasons leading the Tigers to 22 wins and an NCAA Tournament berth in 2015.

Martin averaged 16.9 points per game and 9.2 rebounds a game (both third in the SEC) while also posting the fourth best field goal percentage in the league of 50.9 percent. He also had a team best 140 free throws made and 15 double doubles.

Mickey averaged 15.4 points per game and 9.9 rebounds a game despite playing much of the end of the season injured. He led the nation in blocks average at 3.6 a game, blocking 113 shots. He made 50.4 percent of his field goal attempts and had 16 double doubles and 25 for his two years.

Together they made up one of the most productive forward combinations in LSU history. Now they look forward to another duo entry into the NBA. The clock is ticking and the Commissioner of the NBA Adam Silver will soon step to the microphone and begin changing basketball players’ lives.