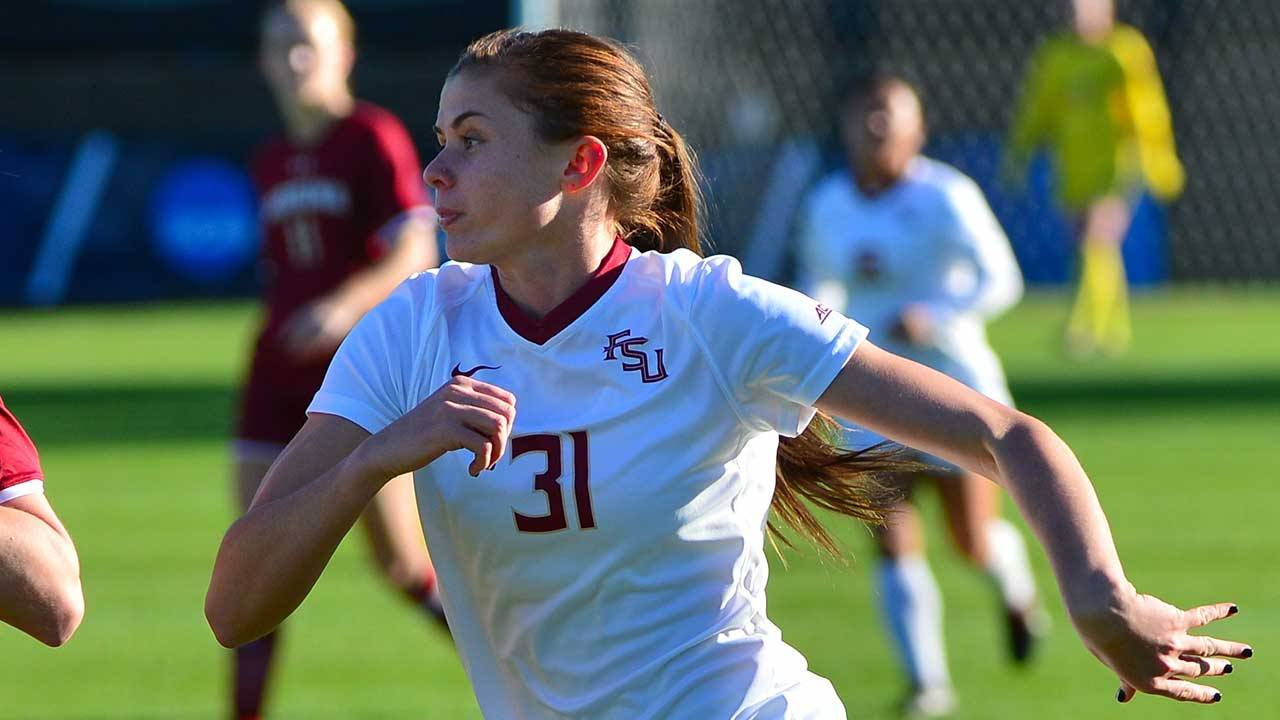 BATON ROUGE – The LSU Soccer program bolstered its squad for the upcoming 2015 season with the addition of Florida State transfer Debbie Hahn as confirmed Tuesday by the school’s compliance office after the Tampa, Florida, native made 11 appearances as a true freshman for the NCAA Champion Seminoles during their title-winning run last fall.

Hahn featured three times in Florida State’s NCAA Tournament run in 2014, including wins over South Alabama and Northeastern in each of the first two rounds and South Carolina in the NCAA Elite Eight to help Florida State punch its ticket to the NCAA Women’s College Cup held in Boca Raton, Florida, last December.

The Fivay High School product also made eight appearances during the regular season as part of a Seminole squad that completed the ACC Championship double with regular-season and tournament titles.

“We are excited for Debbie to be joining us next fall. She’s strong, fast, technical, determined and fits very well with our scheme,” said LSU head coach Brian Lee of the team’s new summer signing. “We have had great success with transfers in the past, and I think Debbie is another big addition to the squad. Tiger fans will love watching her this fall.”

Hahn, a sophomore who is eligible to compete immediately during the 2015 season, spoke of her decision to join the LSU Soccer program and her excitement for wearing the purple and gold for the first time.

“I took my official visit to LSU and immediately fell in love with the school and soccer program, the facilities, the surrounding area, basically everything,” Hahn said of joining the Tigers. “I can’t wait for the season to get here so I can give everything I have for the team. The coaches expect the best from every member, and I’m so honored to be part of such a great program.”

An accomplished attacking player in her youth career, Hahn was a TopDrawerSoccer.com Girls IMG Academy 150 Player Pool member and one of the “Players to Watch” in the Class of 2014 by the online publication for her performance as one of Florida’s top high school recruits. She was the catalyst in leading Fivay High School to five state championships before making the jump to the collegiate ranks.

Hahn was a three-year member of the Region III Olympic Development Program Team from 2010-12 before her arrival at Florida State, even competing internationally with the team in a tour of Costa Rica in 2010. Hahn even led the team in the Boca Raton Interregional event in two seasons in 2010 and 2012 and was also an ODP standout at state level as a four-year member of the Florida State ODP Team.

She played her club soccer with the VSI Flames while helping lead her age-group team to a bronze-medal-winning third-place finish at the ECNL National/Champions League in 2013 to cap a season in which she tied as a third-highest point scorer with six goals and one assist on her record. She was later invited to the ECNL Player Development Program in March 2014.

In addition, Hahn joined her VSI Flames teammates in training with the club team at the U.S. Soccer National Training Center in Carson, California, as special invitees for two seasons in 2011 and 2012.

An honor student, Hahn completes her transfer to LSU following a 2015 spring semester in which she was included on the Dean’s List in her final term at Florida State. She was also a four-year member of the honor roll at Fivay High School from 2010-13, while also graduating from the school with honors with a 3.9 unweighted and 4.1 weighted grade-point average.