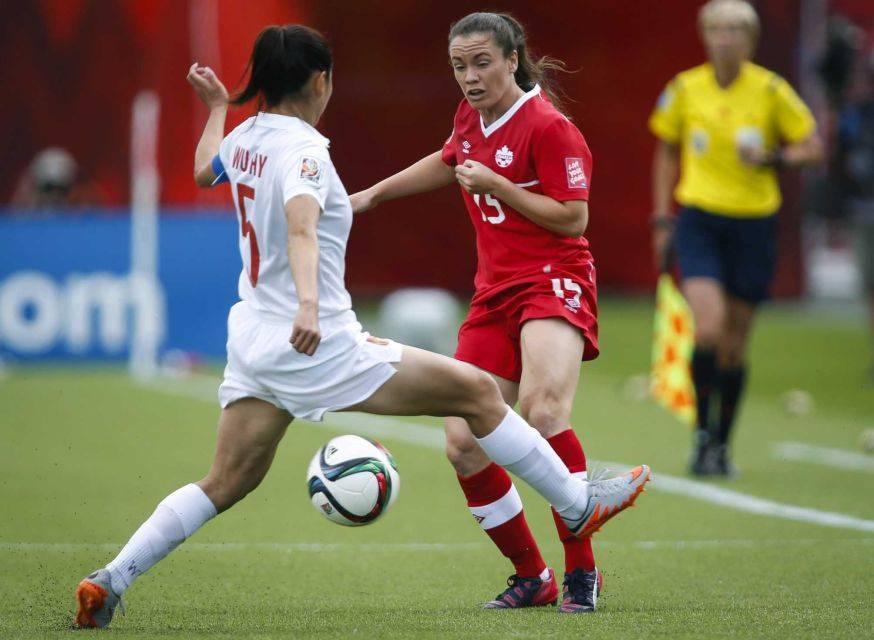 BATON ROUGE – Former LSU standout Allysha Chapman helped anchor a Canadian back line that conceded just one goal to its opponents in three group stage matches as the home nation advanced to the knockout rounds at the 2015 FIFA Women’s World Cup on Monday night with a 1-1 draw with The Netherlands at Olympic Stadium in Montreal.

Canada finished atop Group A with five points while also blanking China, 1-0, in the opening match of the tournament on June 6 and playing New Zealand to a 0-0 draw last Thursday to finish on five points.

China and The Netherlands followed Canada in a tie for second place in the group with four points apiece with the People’s Republic securing automatic qualification into the Round of 16 with its head-to-head win with a 1-0 victory in the second round of group matches. As the third-place finishers in Group A, the Dutch must await the outcome of the final round of matches in the remaining four groups to secure advancement for the Round of 16. New Zealand was eliminated from the tournament after taking two points with draws against Canada and China in the group stage.

While securing its spot in the Round of 16, Canada will next face the third-place team from either Group C, D or E in Vancouver, British Columbia, on Sunday with kickoff set for 6:30 p.m. CT.

Chapman, who is playing in her first FIFA Women’s World Cup for Canada, has started and played the full 90 minutes at left back in each of Canada’s three group matches while anchoring one of the strongest defenses in the tournament. She has now earned 15 international caps with 13 starts for Canada at the senior level after making her debut with the full Canadian Women’s National Team on Oct. 25 last fall.

A former three-time All-SEC defender and the 2011 SEC Defensive Player of the Year during her time in Baton Rouge, Chapman has quickly become one of the first names on John Herdman’s team sheet for Canada, as she has now started each of the team’s last 10 international matches in 2015, including each of Canada’s three group play matches at the FIFA Women’s World Cup.

“Chappy” has already made history this month as the first LSU Soccer star to ever play at the FIFA Women’s World Cup. LSU Tigers have littered those national team rosters of such nations as the United States, Canada, Colombia, England, Mexico and New Zealand while competing in various age group World Cups over the past decade, but Chapman is the first to feature at the highest level of women’s soccer worldwide.

Chapman’s professional career has also taken off after playing her final season with the Tigers in the fall of 2011. She was added to the Houston Dash’s squad this calendar year as an allocated national team player from her former club team Eskilstuna United DFF in Sweden. Chapman has made two appearances with two starts for the Dash in a limited club season due to her international duties.

Video highlights: Chappy with an excellent slide tackle in the box at 0:55!