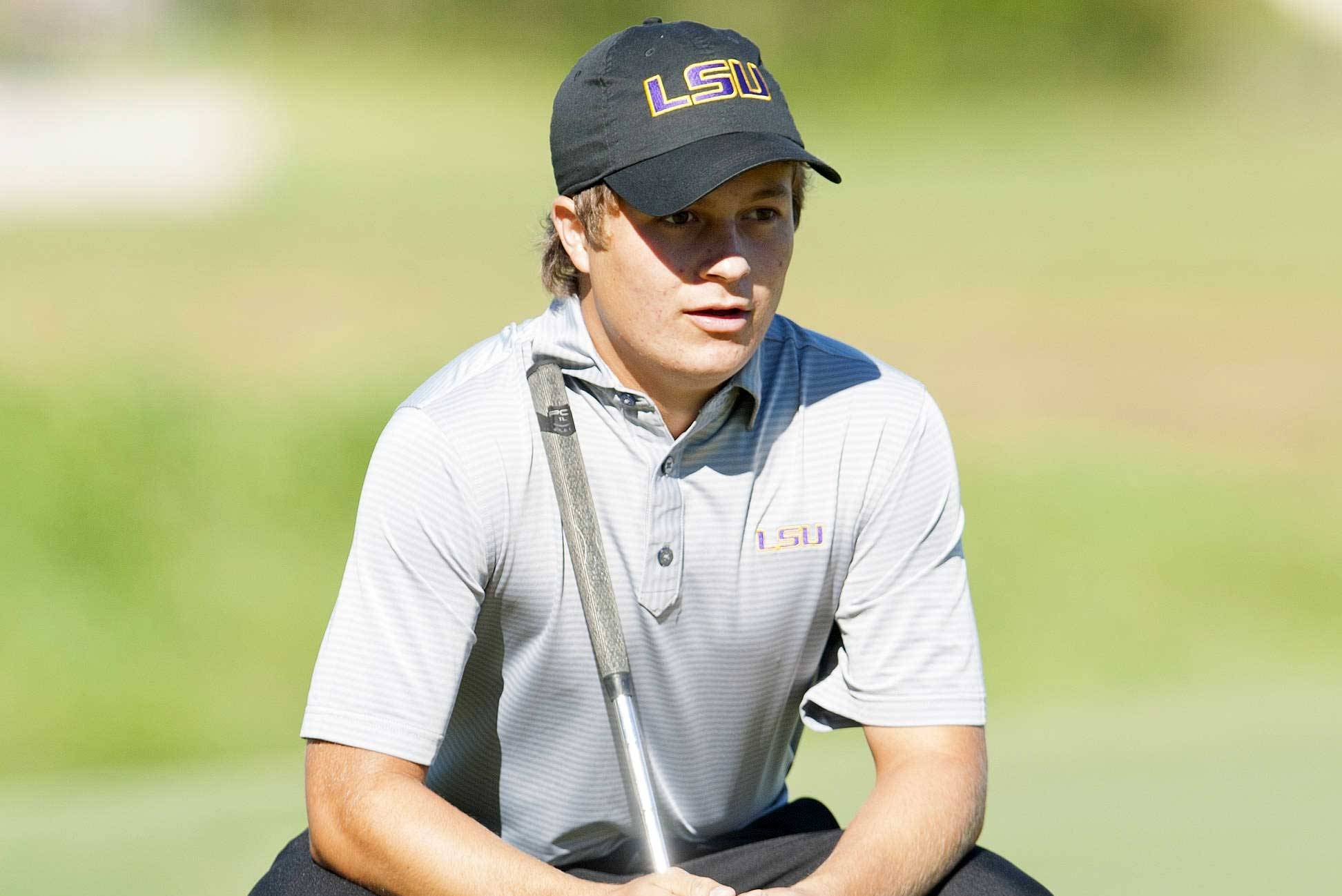 MONROE, La. – After teeing off in the final pairing as the 54-hole leader in Sunday’s final round, LSU freshman Blake Caldwell posted a score of even-par 72 in his final 18 holes of the weekend to finish a shot back of defending champion Grady Brame, Jr., as the runner-up at the 96th Louisiana Golf Association Amateur Championship held at Bayou DeSiard Country Club.

Caldwell held a narrow one-shot advantage over Brame, Jr., with a 54-hole score of 8-under par 208 as they teed off with Ryan Desormeaux of Broussard in the final group at 10:39 a.m. CT on Sunday morning.

The Tiger rookie opened the championship with scores of 3-under 69 and 5-under 67 in the first two rounds and an even-par 72 in the third round to take a one-shot lead over the defending champion of Southeastern Louisiana. Brame, Jr. of Hammond, a three-time All-Southland Conference performer at Southeastern, remained in contention to defend his title with a score of 7-under 209 for 54 holes.

Sunday’s finale proved to be a battle between the two in-state collegians for the state’s most coveted amateur championship as Brame, Jr., fired a 2-under 70 to flip the script and take the title by a single shot over the LSU freshman from Ponchatoula as Caldwell followed with an even-par 72 to finish just off the pace on the final leaderboard.

Caldwell leveled his round with three birdies and three bogeys on Sunday afternoon, even climbing back into a share of the lead on the back nine with a birdie at the par-five 14th hole as he and Brame, Jr., played down the stretch at 8-under par for the championship. The par-five 16th proved to be the deciding hole as Brame, Jr., holed out for birdie to take the lead at 9-under par for the championship and play the final four holes at 1-under par. Caldwell made par at the 16th and played his final four holes at even-par for a runner-up finish.

Former LSU Tiger Brandon Aydlett fired his best round of the weekend with a 4-under par 68 on Sunday afternoon to break par for the championship and climb into third place on the final leaderboard with a final score of 3-under par 285 for 72 holes. Ben Suarez of Sulphur followed in fourth place at 2-under par 286, while Desormeaux managed a 2-over 74 in the final round to tie Monroe’s Ken Buchan for fifth place.

Brame, Jr., became the first golfer in 45 years to defend his LGA Amateur Championship as former champion Buddy Short was the last to do so during the summers of 1969 and 1970.

It also marked the second-straight year in which an LSU Tiger has finished runner-up to Brame, Jr., on the final leaderboard as Myles Lewis finished six shots back in second place a year ago to end his junior season with the Tigers. Caldwell earned his best career finish at the LGA Amateur Championship with a final score of 8-under par 280 for 72 holes at Bayou DeSiard Country Club.