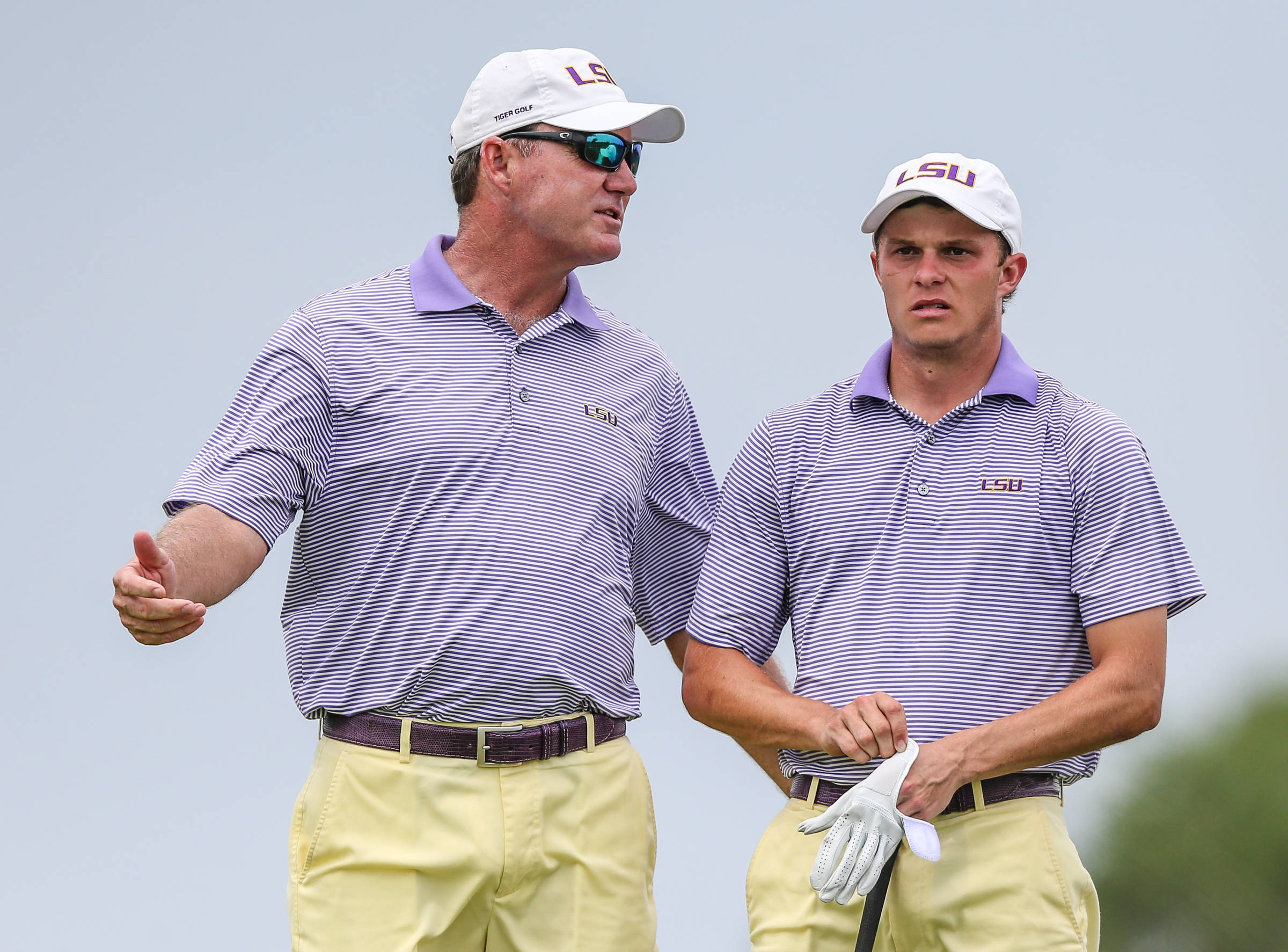 NEW ORLEANS – The National Champion LSU men’s golf team placed five golfers on the 2015 Louisiana Sports Writers Association (LSWA) Men’s Golf team, while LSU head coach Chuck Winstead nabbed Coach of the Year honors and Tiger sophomore Brandon Pierce was chosen as Player of the Year, it was announced Saturday following a vote of the university sports information directors from around the state.

Southeastern Louisiana’s James Anstiss was named the Newcomer of the Year, while Bob MacIntyre of McNeese State received Freshman of the Year honors.

On the women’s side, LSU and Tulane dominated the all-state team, while Tiger senior Madelene Sagstrom was named the LSWA Player of the Year and the tandem of Tulane’s Lorne Don and LSU’s Karen Bahnsen shared Coach of the Year honors.

A second-team All-Southeastern Conference selection, Pierce battled back from a back injury that sidelined him a year ago and played his way to one of the nation’s top golfers. Jolly was also a second-team All-SEC pick and joined Pierce as two of the catalysts to bringing the Tigers their first SEC title in 28 years.

A junior for the Bulldogs, Victor Lang was the 2015 Conference USA Golfer of the Year, a first-team All C-USA section and represented Louisiana Tech at the NCAA Regionals.

Hill put together an impressive sophomore season for the Warhawks. He was a second-team All-Sun Belt Conference performer who registered 20 rounds at par or under despite only playing 34 rounds on the season.

Brame was a first-team All-Southland Conference selection for the second straight year for the Lions. The senior led Southeastern Louisiana to an NCAA Regional berth.

The all-state second team was highlighted by a trio of LSU players and two golfers from Southeastern Louisiana. The group includes Zack Wright, Eric Ricard and Ben Taylor, each from LSU, the Lions’ duo James Anstiss and Lawrence Allan and McNeese State’s Martin Eriksson.

In his 10th season at LSU, Winstead was named the SEC Coach of the Year after he guided the Tigers to three regular season titles, the SEC Championship and the national title.

The women’s team is a compilation of golfers from Tulane and LSU, both of which advanced to the national championship rounds in May. Tulane placed two players on the list, including senior Gemma Dryburgh and junior Emily Penttila, while the Tigers featured three golfers, including Sagstrom, sophomore Caroline Nistrup and junior Elise Bradley.

One of the top golfers in the nation, Sagstrom was a finalist for the ANNIKA Award, which is presented annually to the nation’s top player, and was tabbed the SEC Player of the Year and to the league’s first team.

Dryburgh and Penttila were each named to the American Athletic Conference first team, while Dryburgh led the Green Wave with a 74.33 scoring average and Penttila was second with a 74.52.

A two-time All-SEC first team selection, Nistrup ranked as one of the top players in the country while Bradley was a second-team all-conference pick and ranked among the nation’s Top-50 golfers.

Don received LSWA Coach of the Year honors for the second straight season and also led the Green Wave to NCAA Regional play and to the NCAA Championships for the second consecutive year.