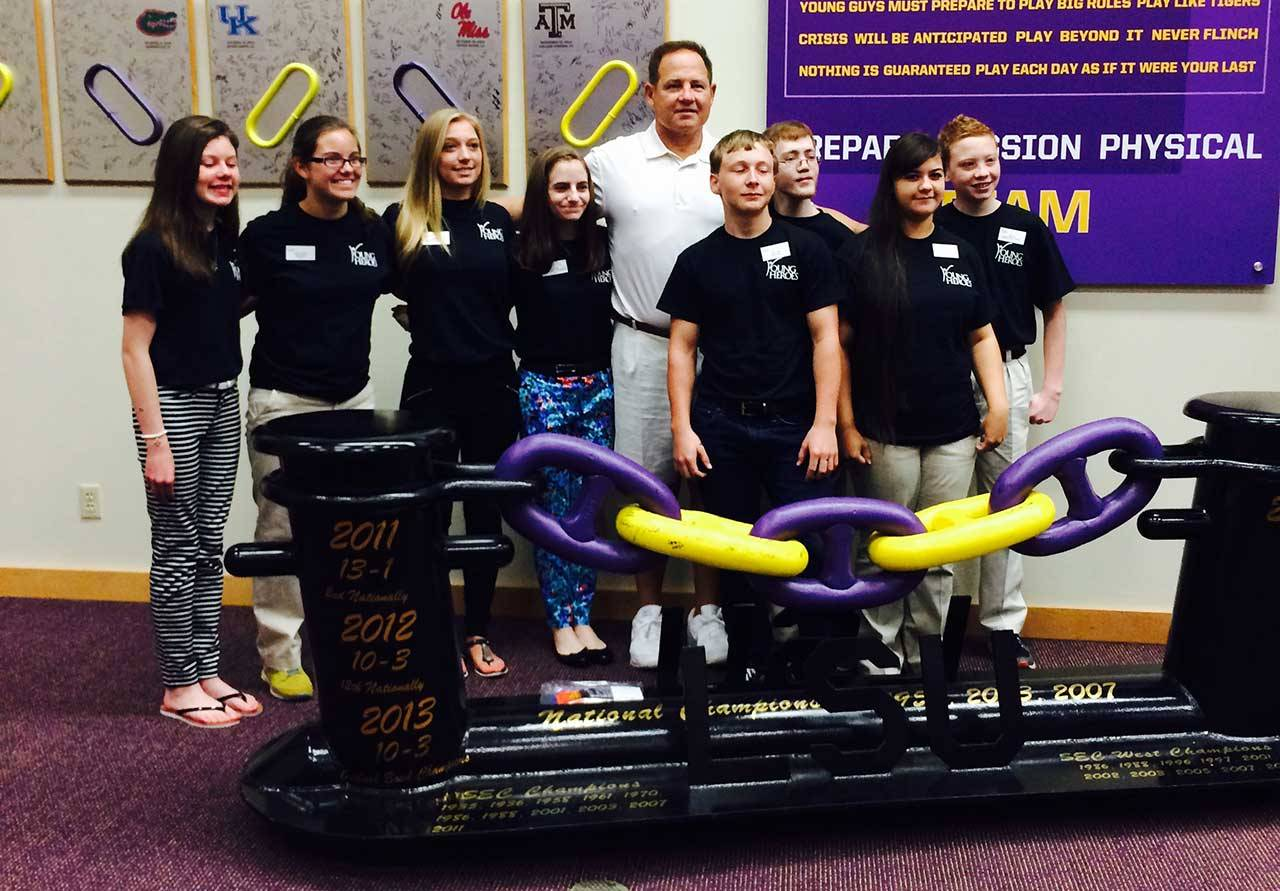 BATON ROUGE, La. – Back in April, eight LSU student-athletes participated in a day-long event for “Young Heroes Day”, which spotlights young people who have overcome adversity, excelled in academics or have served their community in the Baton Rouge area.

LSU football players Leonard Fournette and Justin Maclin, soccer players Summer Clarke and Alex Arlitt, gymnasts Kylie Moran and Shonacee Olivia, and swimmers Angele Cherbonnier and Kate Zimmer served as mentors and tour guides for the group, spending the entire day with the honorees as they traveled to various points throughout the day.

The day began for the group with a breakfast at LPB, where they were greeted by East Baton Rouge Parish Mayor-President Kip Holden, who proclaimed April 27, 2015 to be ‘Louisiana Young Heroes Day’. While at LPB the young heroes had their pictures taken and received the first of many awards for the group that day.

From there, the group ventured back to campus where they began the tour with a trip to the LSU Football Operations Building, traversing the building and taking photos with Mike the Tiger before being addressed and meeting head coach Les Miles. After that, the group took a behind-the-scenes tour of Tiger Stadium, going into the team’s locker room and going on the field before watching a video presentation.

The last stop was to the Governor’s Mansion, as the Young Heroes were recognized by Lieutenant Governor Jay Dardenne with certificates from Governor Bobby Jindal commemorating their achievements.

At the Renaissance Hotel later that night, the Young Heroes Ceremony closed the festivities where the honorees, their families and mentors gathered to see their stories told through various features on the award winners.

The Louisiana Young Heroes Awards, celebrating its 20th year, honor students in grades 7-12 who have overcome adversity in their lives, excelled in the classroom, served their communities, and served as an inspiration to everyone around them.