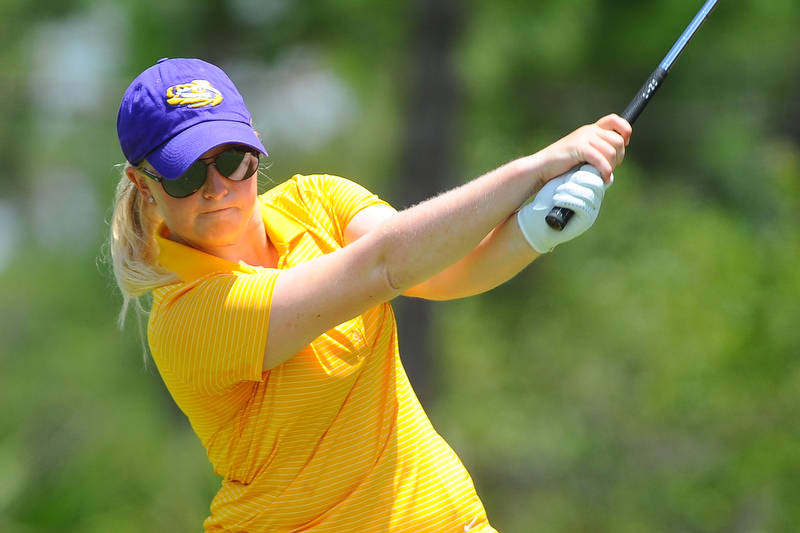 BATON ROUGE – Three members of the 2014-15 LSU women’s golf team were named to the All-America teams released by Golfweek Magazine.

Junior Elise Bradley was named to the honorable mention team.

Sagstrom, from Sweden, and Nistrup, from Denmark, had outstanding seasons in leading LSU to the NCAA championship medal rounds in Bradenton, Florida.

Sagstrom became the first LSU women’s golfer in the 36-year history of the program to average under 72 strokes per round for a full season, averaging 71.48 for 33 rounds with two victories (a share of the title at the Allstate Sugar Bowl and wire-to-wire at the Raleigh Regional). She posted seven top five finishes and had 23 rounds of par or better with a low of 67.

Nistrup averaged 72.41 strokes per round in posting six top 10s and a 12th place finish in the NCAA Championship individual competition. She had 17 of 34 rounds at par or lower with a season best round of 66. She shared the Sugar Bowl title with Sagstrom and at present after two years has the active career low average mark of 72.94 for her 63 rounds.

In the final Golfweek rankings, Sagstrom (a finalist for the ANNIKA award) was ranked second in the nation and Nistrup ninth in the nation.

In earning honorable mention status, Bradley finished No. 47 in the Golfweek rankings, and one of the most improved players in college golf, upping her ranking from well into triple figures at the conclusion of the 2014 season. Bradley, from Mandeville, won the LSU Tiger Golf Classic and was third on the team in stroke average at 73.70 for 33 rounds.

On the men’s side as chosen by Golfweek congratulations goes out to Chuck Winsted the Coach of the Year and third team selection Brandon Pierce.