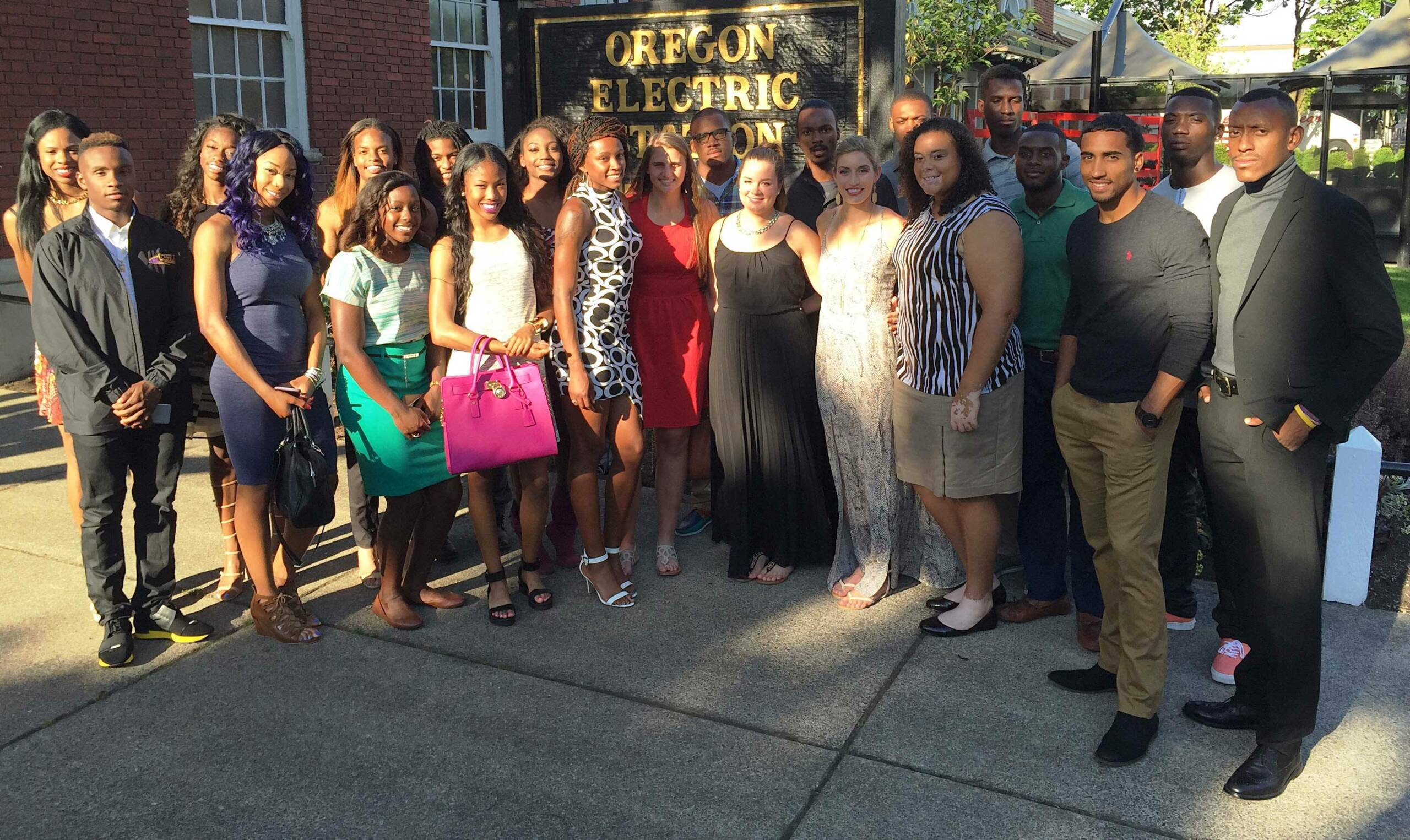 BATON ROUGE – The LSU Track & Field teams have put the finishing touches on their preparation with two days of training at Hayward Field as they are now ready to line up and compete in the semifinal and final rounds at the 2015 NCAA Division I Outdoor Track & Field Championships beginning Wednesday at the University of Oregon.

The NCAA Outdoor Championships return to the University of Oregon for the third-straight season as the Tigers and Lady Tigers also ended their seasons at Hayward Field in 2013 and 2014.

The NCAA has adopted a new format to crown its national champions this year as the men’s competition will be held Wednesday and Friday and the women’s competition will be held Thursday and Saturday this week. The Tigers will compete for the first time at the meet at 6 p.m. CT on Wednesday and 6:05 p.m. on Friday as they are among the contenders for the team title. The Lady Tigers will be competing at 6 p.m. CT on Thursday and 4 p.m. on Saturday during the women’s competition in the finale to the 2015 outdoor season.

The 2015 NCAA Division I Outdoor Track & Field Championships will feature live television coverage like never before as ESPNU will pick up the initial coverage at 6 p.m. CT on both Wednesday and Thursday. Thursday’s action also airs live on ESPN beginning at 7:30 p.m., while ESPN continues its coverage on Friday at 6:30 p.m. Saturday’s finale is scheduled to broadcast on ESPN2 beginning at 4 p.m.

ESPN3.com will also provide live streaming video during each day of the competition as fans can watch online on Wednesday from 1-9:45 p.m. CT, Thursday from 12-9:45 p.m., Friday from 6-9:15 p.m. and Saturday from 3:30-6:45 p.m. Fans can watch the Tigers and Lady Tigers in action throughout the week thanks to ESPN’s unprecedented coverage of the championship.

Live results from the semifinal and final rounds of the 2015 NCAA Division I Outdoor Track & Field Championships will be provided by Flash Results and can be found online at http://www.flashresults.com.

The Tigers will line up at the NCAA Championships as the No. 4-ranked men’s team in the country after qualifying 11 semifinalists into the meet from the NCAA East Preliminary Rounds held in Jacksonville, Florida, from May 28-30. The Lady Tigers are the No. 8-ranked women’s team nationally with 14 semifinalists in the latest U.S. Track & Field and Cross Country Coaches Association Top 25 power rankings.

LSU’s 25 NCAA Semifinal qualifiers in Eugene is the fifth-most nationally combined between their two teams, trailing only Oregon (45), Texas A&M (30), Southern California (28) and Arkansas (27). The Lady Tigers led all women’s teams in Jacksonville with 14 qualifiers two weeks ago, while the Tigers were second among men’s teams with 11 qualifiers at North Florida’s Hodges Stadium.

While it has been 13 seasons since the Tigers were last crowned the NCAA Outdoor team champions, they arrive at Hayward Field this week riding the longest active streak of top-10 national finishes in men’s programs as they have cracked the Top 10 nationally in 17-straight years since 1998. They have also finished among the Top 5 nationally in 13 of the past 15 seasons as part of their run.

While the Tigers have proven themselves as one of the NCAA’s most consistent men’s programs in recent years, the Lady Tigers have finished outside the Top 7 in the team standings just once in that span. They own a streak of their own of nine-straight seasons finishing among the Top 10 women’s teams nationally dating back to the 2006 season.

Below is the complete list of LSU’s semifinalists scheduled to compete this week at the 2014 NCAA Division I Outdoor Track & Field Championships as the Tigers and Lady Tigers wrap up the 2015 collegiate season.