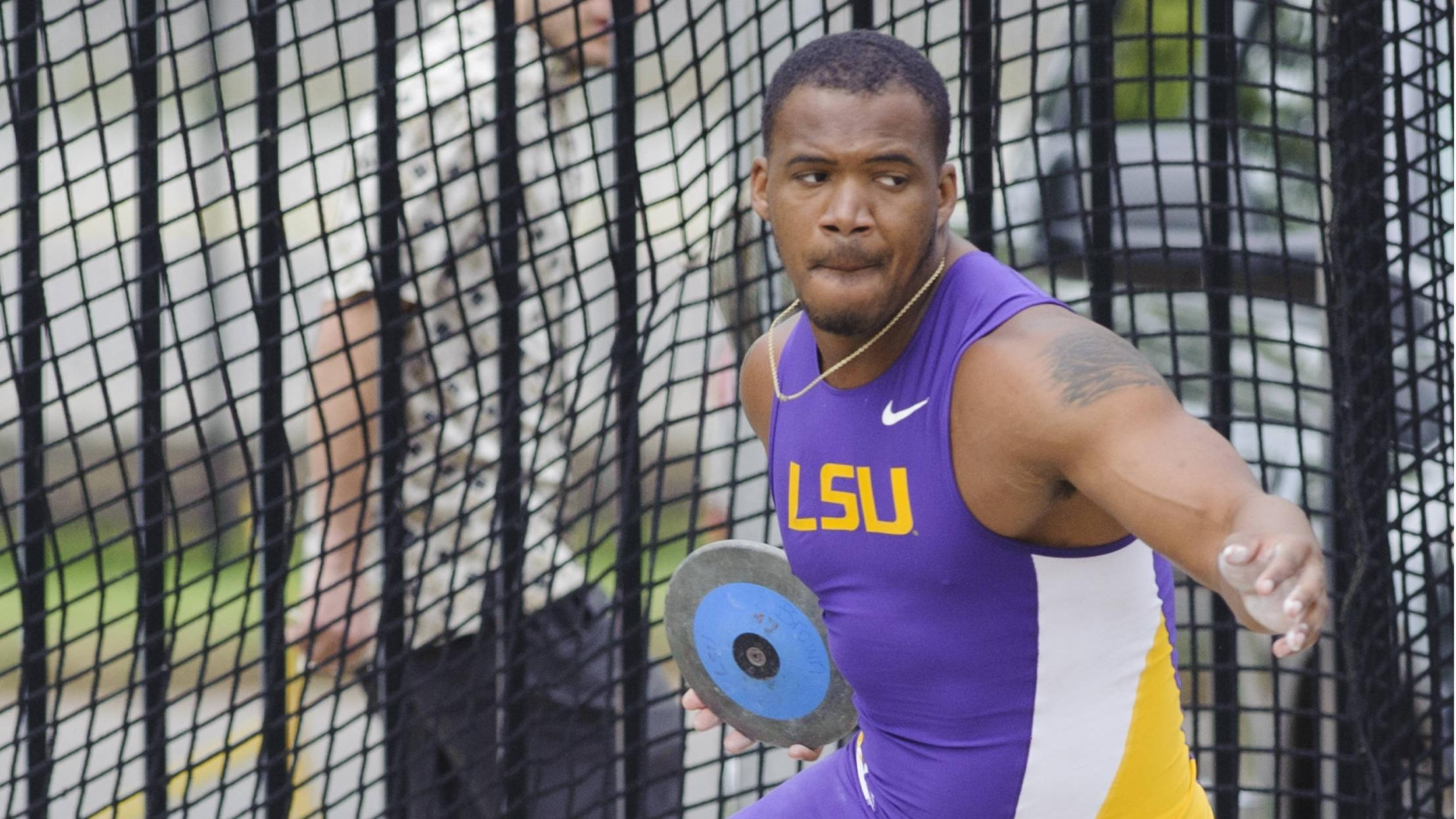 BATON ROUGE – LSU’s SEC Champion and national-leading discus thrower Rodney Brown has been rewarded for an undefeated outdoor season while being named on Monday morning as the South Central Region Men’s Field Athlete of the Year by the U.S. Track & Field and Cross Country Coaches Association for the 2015 outdoor season.

Brown will step into the ring this week as the No. 1-ranked discus thrower in the field at the 2015 NCAA Division I Outdoor Track & Field Championships as a national championship contender.

The native of Chappell Hill, Texas, and product of Navasota High School smashed his own LSU school record and Penn Relays meet record with a seasonal-best throw of 213 feet, 5 inches to defend his discus title at the 121st Penn Relays back on April 25. It remains the NCAA’s leading performance this spring by more than six feet over the No. 2-ranked throw of 207-1 by Virginia’s Filip Mihaljevic.

Brown is undefeated in eight appearances in the discus throw this spring as he was also crowned the SEC Champion in the event for the second time in his collegiate career. He threw a winning 208-4 to reclaim that SEC crown he first won as a sophomore during the 2013 season while extending his winning streak to eight-straight meets outdoors in 2015.

One of the most dominant track and field athletes at the collegiate level this spring, Brown has eclipsed the 200-foot mark in each of his appearances in his final season with the Tigers. That also includes victories during this season at the Louisiana Classics (207-11), Texas Relays (209-8), Battle on the Bayou (203-3), Jim Click Shootout (200-6), LSU Alumni Gold (208-3) and LSU Invitational (207-6).

He qualified for the NCAA semifinals with a throw of 201-2 for the second-best mark in qualifying at the 2015 NCAA East Preliminary Rounds held May 28-30 at North Florida’s Hodges Stadium in Jacksonville. He will look to score big points for the Tigers in Friday’s finale of the men’s championship as the men’s discus competition will be held at 6:05 p.m. CT at Oregon’s Hayward Field.