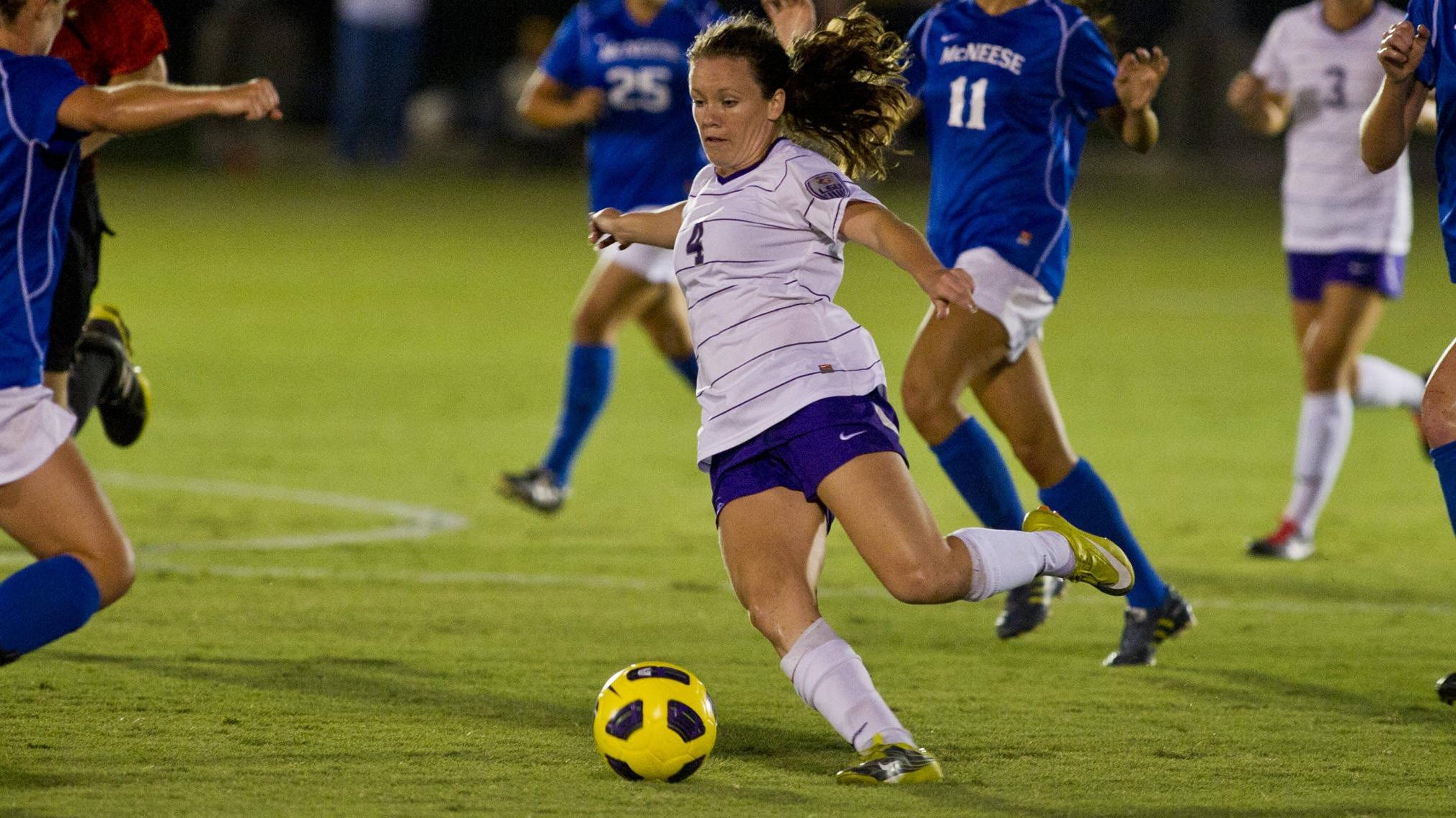 BATON ROUGE – Former LSU Soccer star Allysha Chapman will make history when she steps across the touchline and onto the field as a starter in Canada’s opening match in Group A against China PR on Saturday as she will become the first Tiger in history to compete at the highest level of women’s international soccer at the FIFA Women’s World Cup.

Chapman has become a regular in Canada’s starting 11 since making her full international debut with the senior squad on Oct. 24, 2015, and she will now realize her dream of representing her native Canada as the host nation at this year’s FIFA World Cup that will be held on Canadian soil from June 6-July 5.

She was named in John Herdman’s 23-player squad at the team’s unveiling on April 28 as they will kick off the tournament against China PR on Saturday at Commonwealth Stadium in Edmonton, Alberta.

Canada will follow with other Group A matches against the likes of New Zealand on June 11 also at Commonwealth Stadium before wrapping up group play against The Netherlands at the Olympic Stadium in Montreal, Quebec, on June 15. They will look to finish among the top two teams in the group in order to advance to the knockout stages of the tournament in two weeks.

LSU Tigers have littered the national team rosters of such nations as the United States, Canada, Colombia, England, Mexico and New Zealand while competing in various age group World Cups over the past decade, but Chapman will be the first LSU Soccer alumnae to feature at the highest level of women’s soccer worldwide when she competes at the FIFA Women’s World Cup.

“Chappy” has gone on to earn 12 international caps with 10 starts for Canada at the senior level during the past seven months, highlighted by scoring her first international goal with the winner in the 51st minute for a 1-0 win over Italy in the semifinal round of the 2015 Cypress Women’s Cup back on March 10.

A three-time All-SEC performer and the 2011 SEC Defensive Player of the Year during her collegiate career, Chapman’s professional career has taken off after playing her final season with the Tigers in the fall of 2011. It is a career that saw her added to the Dash’s squad as an allocated national team player from her former club team Eskilstuna United DFF in Sweden. Chapman has made two appearances with two starts for the Dash in a limited club season due to her international duties with Canada.

Before reigniting her international career at the senior level, Chapman was a two-year member of Canada’s Under-20 Women’s National Team, even appearing at the 2008 FIFA U-20 Women’s World Cup in Chile.