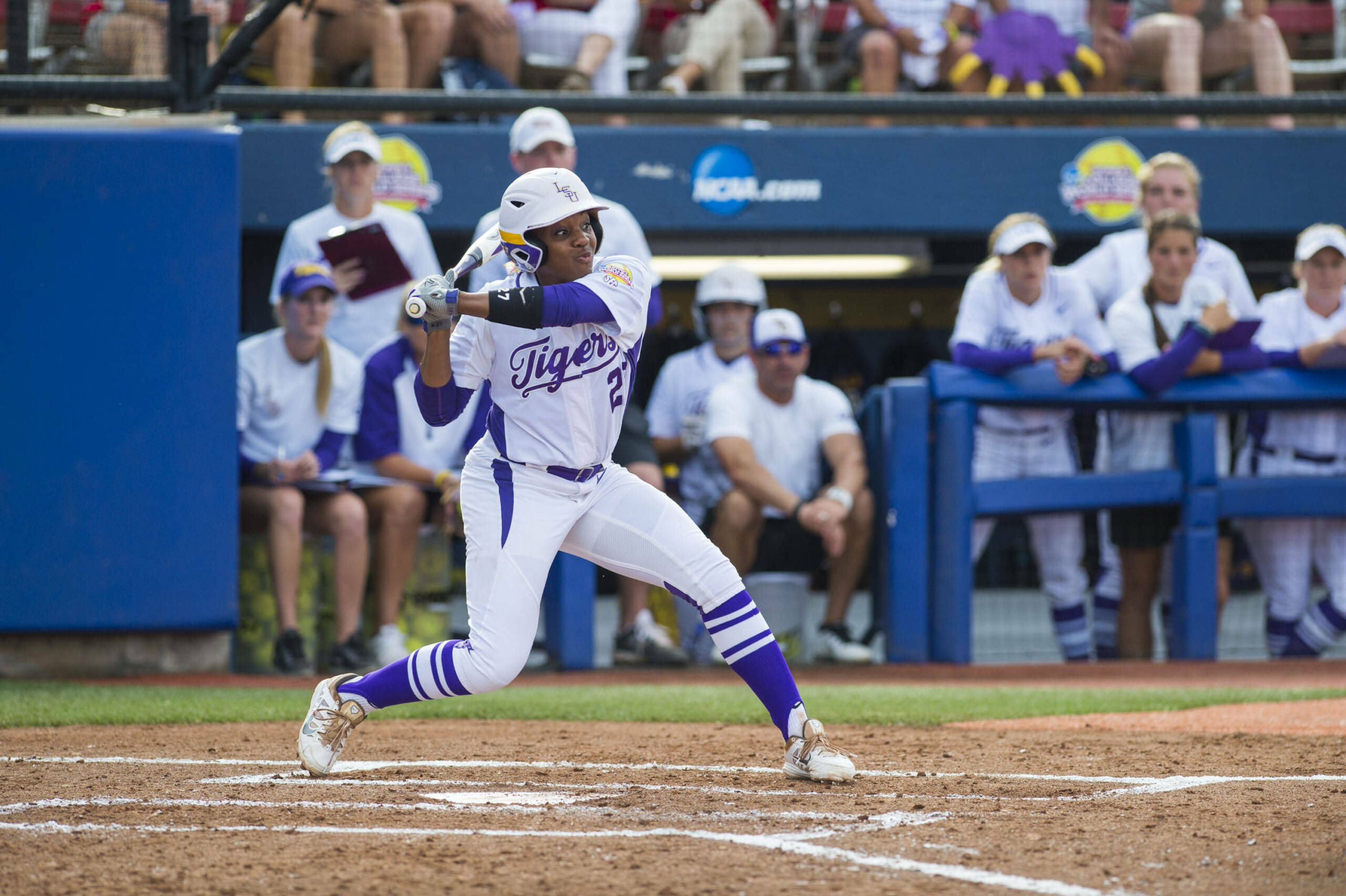 OKLAHOMA CITY, Okla. – The No. 8 LSU softball team squares off with No. 5 Alabama to conclude Elimination Saturday at the Women’s College World Series inside ASA Hall of Fame Stadium – OGE Energy Field in Oklahoma City.

First pitch is scheduled for 8:30 p.m., and the game will be televised by ESPN along with www.WatchESPN.com and the Watch ESPN app.

The LSU Sports Radio Network also will carry the game on ESPN 104.5/104.9 locally in Baton Rouge. Patrick Wright, the voice of the Tigers, along with Matt Dunaway will call the action. The live audio feed also can be found for free inside the Geaux Zone at www.LSUsports.net.

LSU (51-13) will look to bounce back from a 4-0 loss to top-seeded and defending national champion Florida, while the Crimson Tide (48-17) claimed a 2-1 victory to eliminate Oregon on Saturday. It marks the first time that LSU and Alabama will meet this season. The two SEC rivals have met in every season of the two program’s existence.

In the circle, Carley Hoover and Allie Walljasper have accounted for 33 of LSU’s 51 wins on the season. The NFCA All-America Third-Team duo has accounted for 266 strikeouts over their 285 innings of work.

Alabama received a complete game performance from NFCA All-America Second-Team selection Alexis Osorio who claimed her 22nd win with a nine-strikeout effort versus the Ducks. The freshman right-hander limited the high-octane Oregon offense to one run on three hits.

The Crimson Tide offense is fueled by Haylie McCleney, an NFCA All-America First-Team pick. She has garnered a.444 batting average on the season with 31 stolen bases. Marisa Runyon collected NFCA All-America Third-Team honors with a .323 hitting clip coupled with 19 homers and 79 RBIs.