Softball Set for WCWS Clash with No. 1 Florida 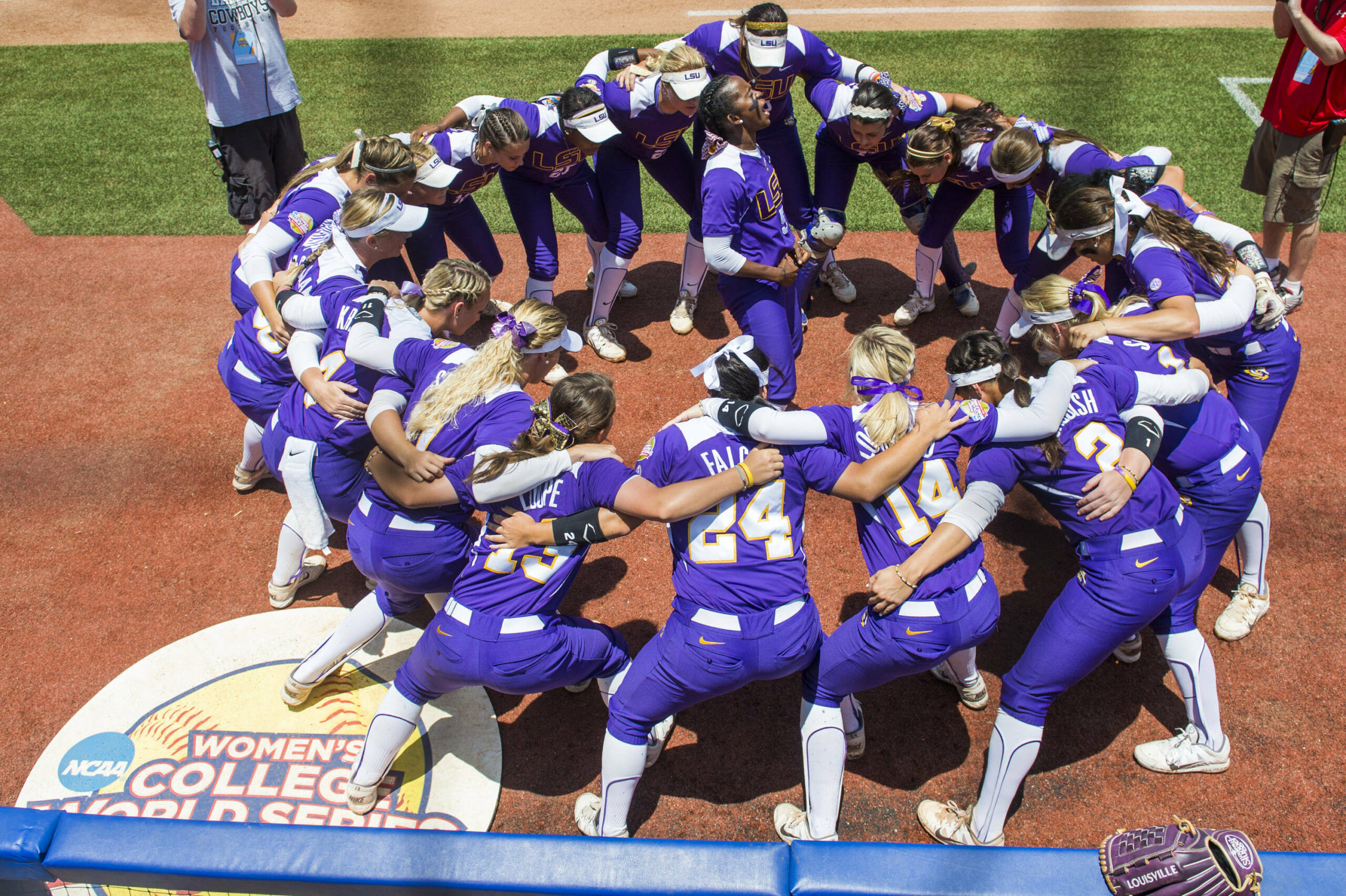 First pitch is scheduled for 6 p.m., and the game will be televised by ESPN along with www.WatchESPN.com and the Watch ESPN app.

The LSU Sports Radio Network also will carry the game on ESPN 104.5/104.9 locally in Baton Rouge. Patrick Wright, the voice of the Tigers, along with Matt Dunaway will call the action. The live audio feed also can be found for free inside the Geaux Zone at www.LSUsports.net/live.

LSU (51-12) collected a 6-1 victory over Auburn, while the Gators (56-6) defeated Tennessee 7-2 during Thursday’s WCWS opening round action. The Tigers will be the home team on Friday.

The Tigers are winners of six straight and were fueled by a 10-hit attack versus Auburn highlighted by home runs courtesy of Bianka Bell and Kellsi Kloss. For Bell, a NFCA All-America First-Team pick, it was her 18th homer which also gave her LSU’s single season record. Sahvanna Jaquish, a NFCA All-America Second-Team selection, tacked on a two-run double to bring her season RBI total to 75. Emily Griggs became the third LSU player in program history to collect three hits during a WCWS game.

LSU also received a stellar pitching performance by Carley Hoover, a NFCA All-America Third-Team honoree. She was effective and efficient and surrendered just one run on six hits. Hoover went the distance and used only 78 pitches to improve her mark to 18-5 on the season.

Florida has pieced together 24 wins in its last 26 outings dating back to April 1. The Gators are led by Lauren Haeger, the SEC Pitcher of the Year and USA Softball National Player of the Year. She limited the Lady Vols to one-hit to move her record to 29-1 and connected for a solo homer at the plate. Kayli Kvistad also launched a two-run dinger, and Florida made the most of four Tennessee errors.

Earlier this season, LSU won the final two games of a SEC weekend series and outscored the Gators by a 24-13 margin after Florida won a one-decision in the opener back in mid-March. The Tigers were the only team to defeat Florida in a weekend series, and the series win vaulted LSU into the nation’s top spot in the polls for the first time in program history.

With the score tied at 10-10 in the middle game of the series, Kloss provided the go-ahead grand slam in the seventh inning to propel LSU to a 14-10 win. A.J. Andrews and Bailey Landry also provided four-hit performances, while Bell was 3-for-5 with a trio of RBIs. Hoover earned the win in relief for the Tigers. Florida was sparked by a three-homer effort and eight RBIs from Taylore Fuller.

LSU stormed back with 10 runs over the final three innings and claimed the rubber game by a 10-3 margin. Kelsee Selman notched the win in the circle and fanned a season’s best 11 batters. She limited Florida to three runs on four hits. It was Bell who gave the Tigers the lead for good with a three-run blast during the sixth inning.