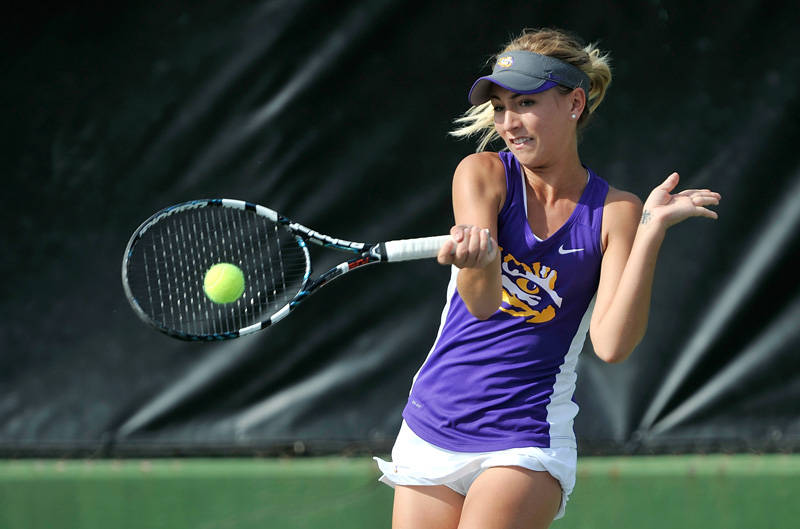 BATON ROUGE, La. – Junior Skylar Kuykendall was named the Louisiana Sports Writers Association’s Newcomer of the Year in a vote by the university sports information directors.

Kuykendall became the first LSU player since 2009 and only the 14th in school history to reach the 30-win mark in a season. The Jasper, Alabama native led the nation in wins a majority of the season and even held an 11-match win streak through part of SEC play.

Owen’s spot on the second team was well deserved after moving up to court three midway through SEC play. Owens earned a win in LSU’s first round win in the NCAA Championships over New Mexico.

Owens also defeated No. 47 Saska Gavriloska of Texas A&M in three sets in the SEC Tournament. Her win over Gavrilovska provided to be huge in LSU’s 4-3 win over the Aggies, which sent the Lady Tigers to the third semifinal in school history

The Lady Tigers completed one of the most impressive seasons in school history. Third-year head coach Julia Sell led LSU to a 20-11 win mark and this team became the third in school history to reach the 20-win mark.