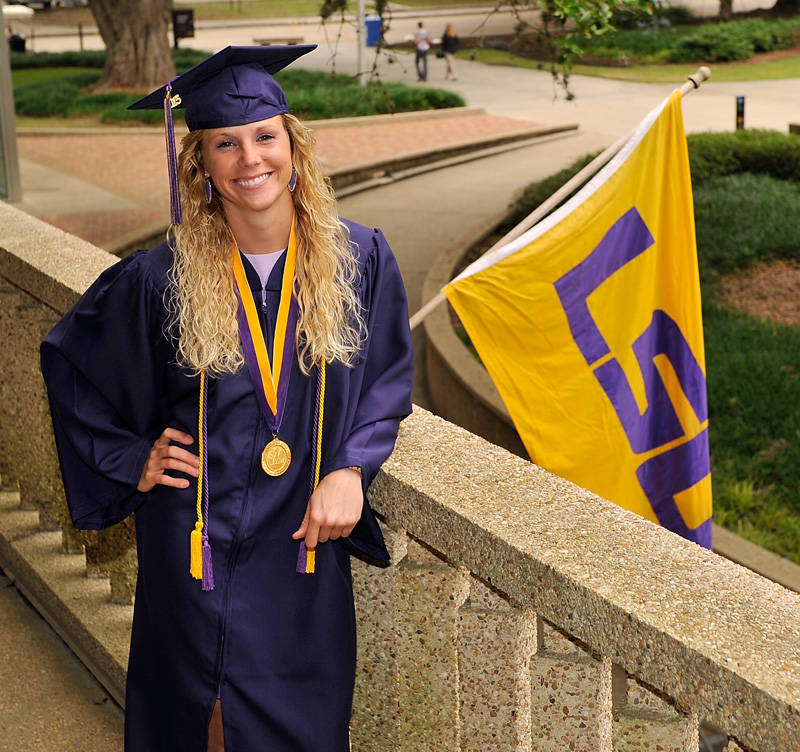 OKLAHOMA CITY, Okla. – At a banquet honoring the eight teams that made the 2015 Women’s College World Series Tuesday night, LSU senior utility player Dylan Supak was named the winner of the Elite 89 Award for the 2015 NCAA Division I Softball Championship.

The Elite 89 is presented to the student-athlete with the highest cumulative grade-point average participating at the finals site for each of the NCAA’s 89 championships.

A kinesiology graduate, the LaGrange, Texas, native maintained a 4.0 grade point average and received her degree earlier this month, while also participating with the team in the 2015 SEC Softball Tournament, which was held in Baton Rouge. She is the second LSU player to win the award, as former LSU player Alex Boulet won the honor in 2012.

The accolade is another in a long list for Supak, who was also named a CoSIDA Capital One Academic All-District first team selection this season. She became the first player since Allison Falcon in 2012 to both be honored by the organization and be a first team selection. She is the seventh LSU player in program history to be on the district’s first team, which is made up of three different teams from nine different states, while being one of 10 players from the Southeastern Conference on one of the organization’s eight districts.

At LSU, she has earned distinction on the Chancellor’s Honor Roll three times, while also being part of the Blazer Chapter of Mortar Board, where she earned the group’s Outstanding Student-Athlete of the Year.