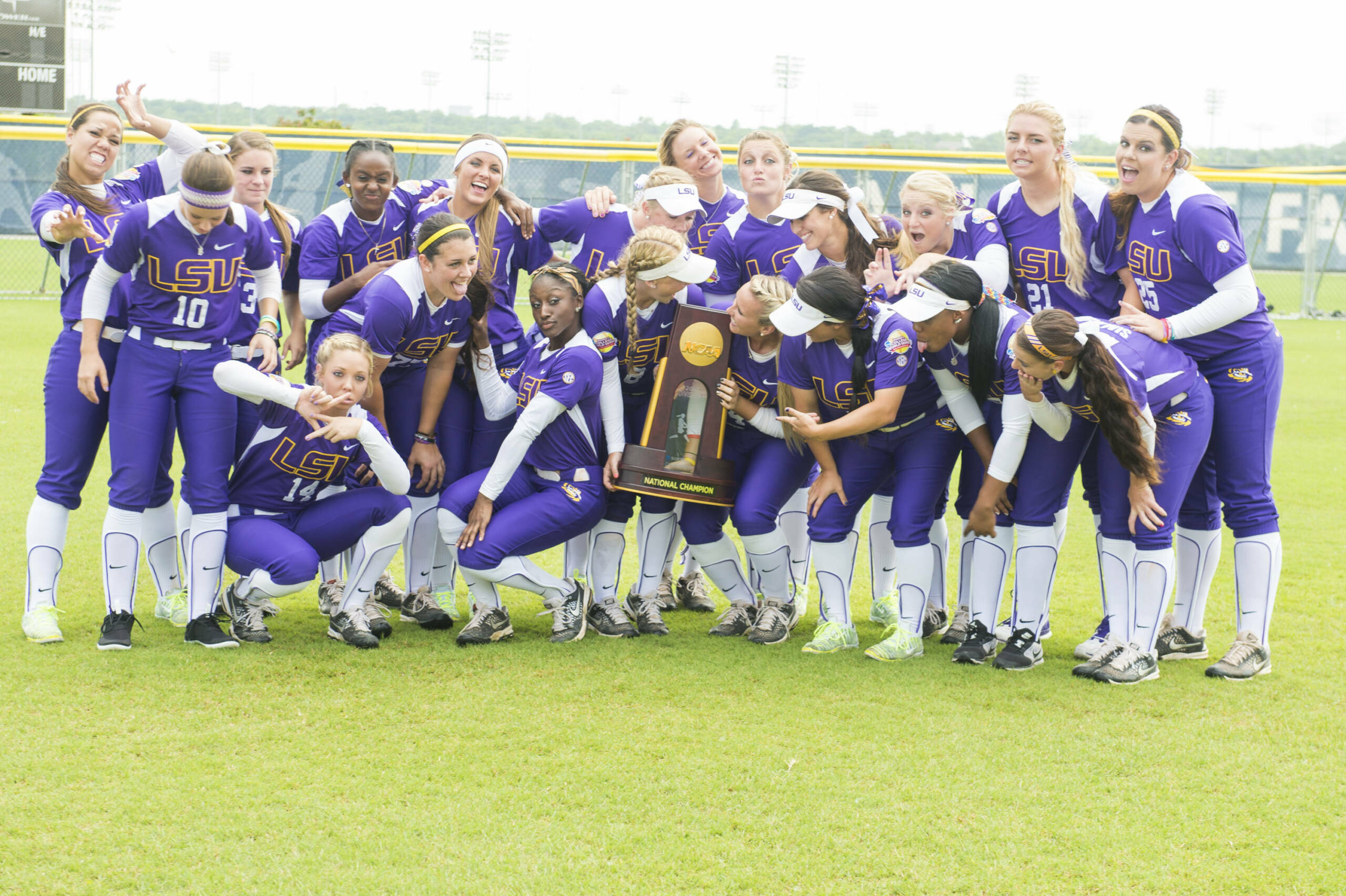 OKLAHOMA CITY, Okla. – For the first time since 2012, and just the fourth time ever in program history, the No. 8 LSU softball team returns to softball’s biggest stage on Thursday, opening play at the 2015 Women’s College World Series at ASA Hall of Fame Stadium – OGE Energy Field against the Auburn Tigers at 1:30 p.m. in Oklahoma City.

One of the last eight teams left standing after two rounds of NCAA Tournament play, LSU will be vying for the program’s first national championship this week, as the double-elimination event will pare the eight down to just two, with a three-game championship series crowning a champion beginning next Monday. Every game of the WCWS will be aired on ESPN or ESPN2 and online on WatchESPN.

The radio home of LSU softball will carry every game for the team this week on ESPN 104.5/104.9 locally in Baton Rouge with Patrick Wright and Matt Dunaway. The live audio feed of the game can also be found in the Geaux Zone on LSUsports.net, as well as links to live stats and video of the tournament games.

Back in the fall, before the well before the regular season started, the Tigers participated in the “OKC Challenge”, a semester-long series of team-building exercises and challenges to get the team prepared for the rigors of making it to their destination in Oklahoma City. Fast-forward to May, and the Tigers, who arrived in OKC on Tuesday afternoon, are just days away from nearly completing the challenge, with one goal remaining to complete its mission.

“I feel like starting back in the fall this team was on a mission. They worked so hard, and they truly earned this moment,” head coach Beth Torina said.

Battling through three elimination games two weeks ago, and through a scrappy Arizona team last week, the Tigers have accumulated a 6-1 record in the postseason, sweeping the Wildcats in the best-of-three Super Regional this past weekend to book its trip to OKC as the final entrant to the final tournament of the season.

“We’ve worked so hard. I’ve worked my entire life, and I know all my teammates have worked their entire life for this moment,” Super Regional MVP Sandra Simmons said. “It’s exciting to be able to go back for the seniors this year and to go out with a bang and just give everyone the chance to go that’s never been there before also.”

In qualifying for the WCWS, it helps merge the past and the present, as it gives outgoing seniors A.J. Andrews, Dylan Supak and Kailey McCasland a second trip to Oklahoma City, a feat a rare few that have donned the Purple and Gold have done in the program’s history.

“It’s an unbelievably humbling and exciting feeling that we’re getting to go back to Oklahoma City,” Andrews said. “This team wanted it from the very start, and the fact that it meant so much to the younger players makes it that much more rewarding that we get to finish our career like this.”

Leading the way throughout the tournament, much of that due in part to her unstoppable game last Sunday, Simmons has led the offensive charge for the squad to the tune of a team-best .550 batting average and 11 hits, along with her eight RBIs which also leads the group. The Junior from Fountain Valley, California has an .850 slugging percentage in the postseason, scoring four times and leading the group with 17 total bases for a .565 on-base percentage.

Following very closely has been Andrews, along with sophomore Bailey Landry as the two have combined for 20 hits, 10 each, with 14 total runs scored and seven RBIs. Landry is hitting .435 and is slugging .826, claiming two, or in this point half, of the squad’s four postseason home runs, while being walked four times. Andrews is hitting .417, also drawing four walks, while being a perfect 5-for-5 in stolen bases.

The power hitters of the lineup have not failed to disappoint, as the bats of Sahvanna Jaquish, Constance Quinn and Bianka Bell have each driven in six RBIs a piece, with Quinn leading the way in extra-base hits with five doubles accounting for all but one of her six hits. Sydney Bourg is hitting .353, as she’s also drawn four walks for a .522 on-base percentage.

Making up the one-two punch in the circle in freshmen Carley Hoover and Allie Walljasper, the Tigers have a paltry 0.84 earned run average in the tournament, with an opponent batting average of .193, allowing just 11 runs total.

“It’s so exciting. I wouldn’t want anything else,” Hoover said. “We’ve been working hard this whole time. For our team to come together as the Power of One, it’s really shown this week.”

Hoover leads the way with a 3-1 overall record, producing two saves and shutouts along the way. Her 25.0 innings is the most for the group, as she’s struck out 14, giving up just a single run with three complete game outings. Walljasper has been just as good, touting a 1.75 ERA in 20.0 innings, allowing just five earned runs with an unblemished 2-0 record.

LSU is 6-6 all-time in the WCWS, as in the 2012 edition of the tournament the Tigers finished fifth overall. The highest placing for the team has been third place twice back in 2001 and 2004.

On LSU’s side of the bracket are many familiar faces, as Florida and Tennessee are both in LSU’s quadrant, while the other side features Alabama, Oregon, Michigan and UCLA. LSU is 5-4 against the teams on its side, with series wins against Florida and Tennessee, while looking to earn another win against Auburn as they are playing for the fourth time in the last four weeks alone.

“I think this team truly understands the team concept. Everybody has a role, and they play it to the absolute to the best of their ability,” Torina said. “There are never any hard feelings or selfishness with this group. They are just so selfless with whatever we ask them to do. If we ask them to hit in the three hole or pitch or stand in the dugout and cheer, they’re going to do it to the absolute best of their ability. They’ve done it all year long, and that’s truly the reason why we’re playing in this final week of the year.”