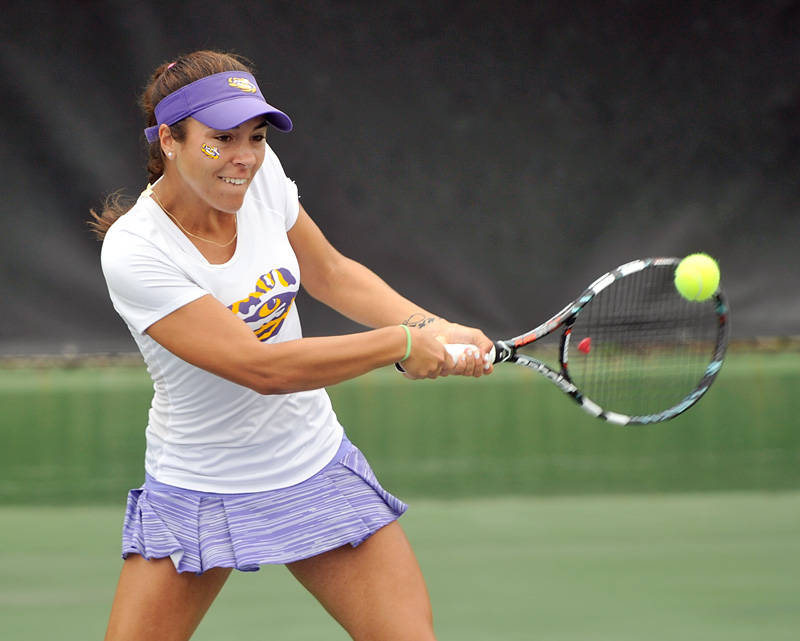 The Lisbon, Portugal native finished the year 31-12 and was named to the All-SEC first team after 17-9 record overall and 8-4 in conference play. By surpassing 30 wins this season, Vale Costa became just the 15th player in school history to reach the mark.

Vale Costa is set for her 16th match against a ranked opponent. The top-ranked player for the Lady Tigers is 8-7 in those matches with one going unfinished. Her highest ranked win this season came against No. 7 Sydney Campbell of Vanderbilt. It was the highest singles win for an LSU player since the 2009 season.

The LSU team team is coming off an appearance in the second round of the NCAA Tournament. Vale Costa won both of her matches in the tournament over New Mexico’s Emily Oliver and No. 70 Kenna Kilgo of Texas Tech.

Eidukonyte finished the season 35-6 overall and 22-3 in dual matches. The junior was named to the All-ACC first team and is currently on a six-match winning streak that dates back to April 10.

Live results of all matches will be available on baylorbears.com.