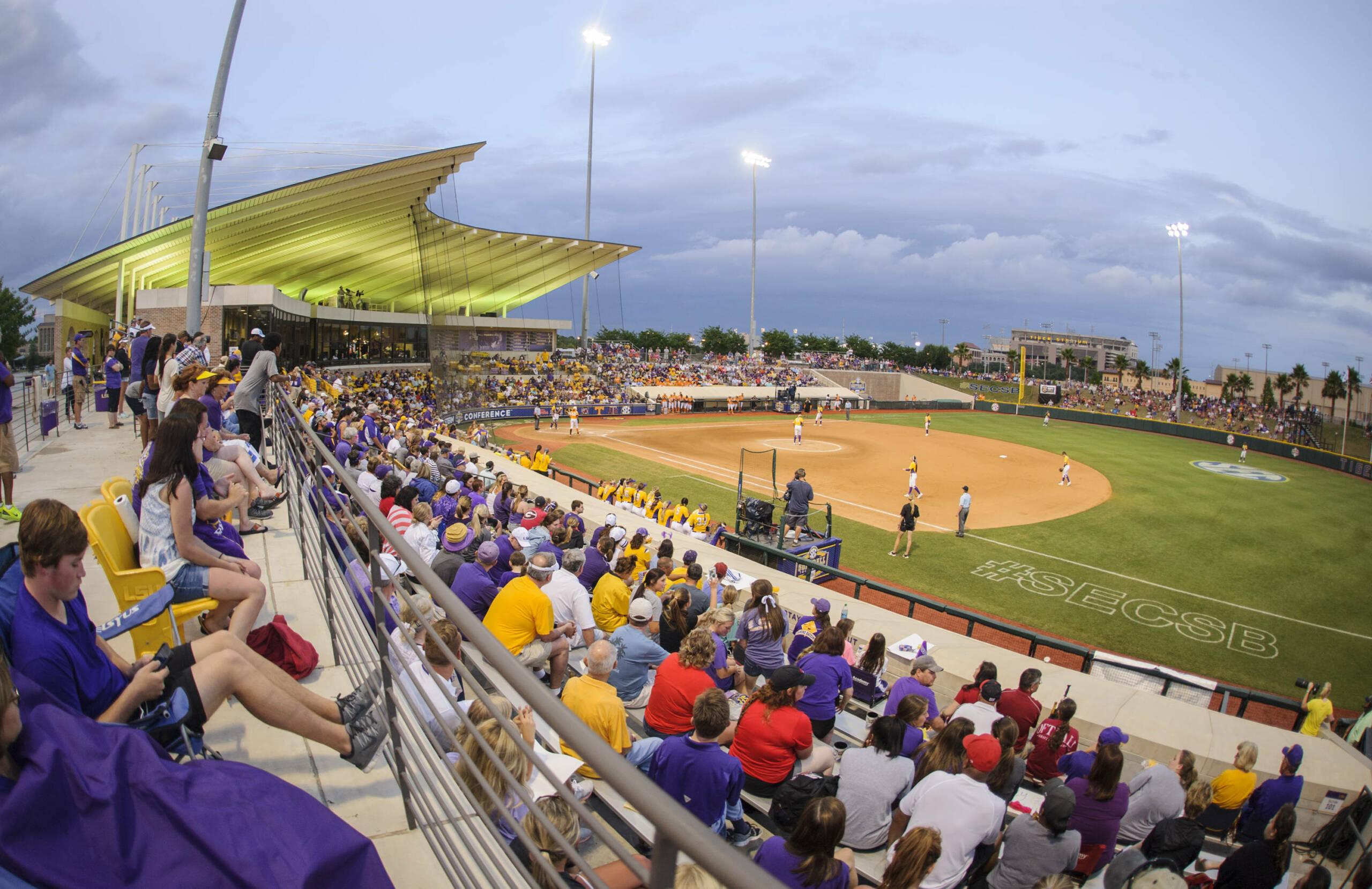 BATON ROUGE, La. – Hosting the first NCAA Super Regional at Tiger Park this weekend, along with the Bayou Country Superfest concert-extravaganza also beginning this Friday, it was announced that the softball series opener featuring No 8 LSU and No. 16 Arizona Saturday has been pushed up to a 2 p.m. CT start.

Originally scheduled to start at 9 p.m. local time featuring the Tigers and Wildcats, officials were able to petition to have the game start earlier to alleviate some of the congestion in and around Tiger Park and Tiger Stadium, as the three-day concert begins in earnest on Friday and runs through Sunday night.

With the game being moved and originally scheduled to be aired on ESPN, the stream of the contest will be available on ESPN3 through WatchESPN, as the tilt could possibly land on one of the linear ESPN platforms such as ESPN, ESPNU or ESPNNews, with news of that likely coming sometime Friday.

Information on parking, as well as a schedule of events, will be announced in the coming day to aid fans in their trip to Baton Rouge this weekend.