Sagstrom on National Player of the Year Watch List 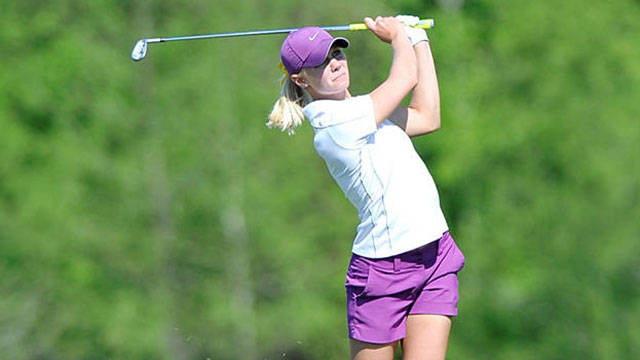 Sagstrom has had an outstanding final college campaign and will lead the nationally-ranked LSU women’s golf team into the NCAA Championships beginning Friday at The Concession Club in Bradenton, Florida.

The PING/WGCA Player of the Year Award is awarded annually to the best player in Division I women’s golf. The top 60 players from the Golfstat and Golfweek/Sagarin Rankings are considered. Each player must complete a minimum of 15 rounds during the competitive year including NCAA Regional Championships.

Sagstrom has a 70.90 stroke average for 30 rounds this season as she tries to become the first player in the 36-year history of LSU’s women’s golf to average under 72 in a season. She won two titles – the AllState Sugar Bowl and the NCAA Raleigh Regional title. She finished third in the SEC Championships and played the six post-season rounds in 13-under par.

Follow updates on the LSU women’s golf team, including from the course at the NCAAs in Bradenton, Florida at www.Facebook.com/LSUwomensgolf and Twitter @LSUwomensgolf.