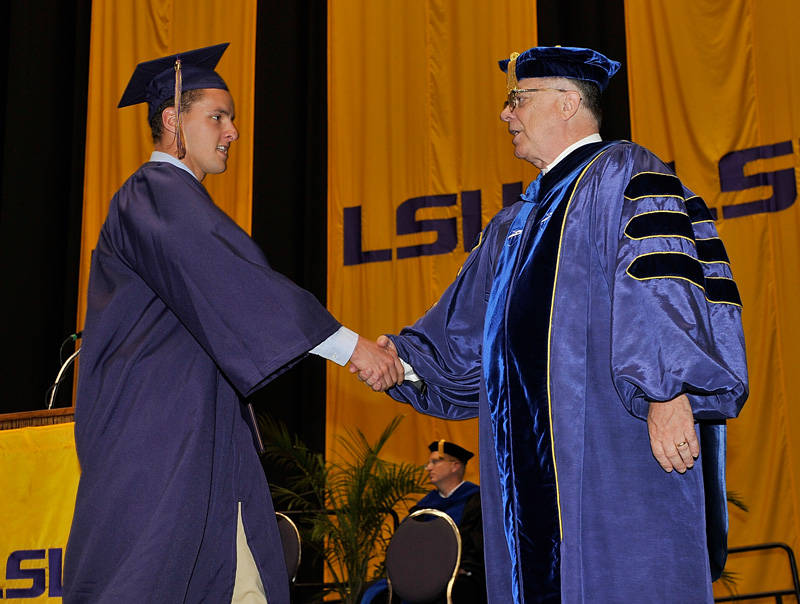 BATON ROUGE, La. – Eight members of the LSU Swimming and Diving program will receive their degrees in various commencement exercises throughout campus on Friday.

“I’m really proud of these distinguished accomplishments and respect the hard work and dedication to the classroom that these accolades represent,” LSU Diving coach Doug Shaffer said. “This is a milestone and first for our program. To have six undergraduate degrees, one master’s degree and one doctorate in one year is amazing. It’s like a Swimming and Diving academic hat trick!”

Bettridge and Brown each won SEC Championsihps in their final season on the boards. Bettridge won gold on one-meter, silver on three-meter and bronze on platform. The Austin, Texas native earned the most points for any swimmer or diver in school history and was named the Female Diver of the Meet.

Brown won platform in her final season and was also the McWhorter Postgraduate Scholarship recipient, which is one of the highest honors a student-athlete can receive.

Greeff was LSU’s male nominee for the McWhorter scholarship and finished his career with three school records. The South Africa native was also a two-time SEC medalist for the Tigers.

Amber Carter, Jennifer Reese and Hallie Petersohn wrap up the class of graduates. Carter served as the women’s team captain over the past two seasons and qualified for NCAA Championships all four years as a Lady Tiger.