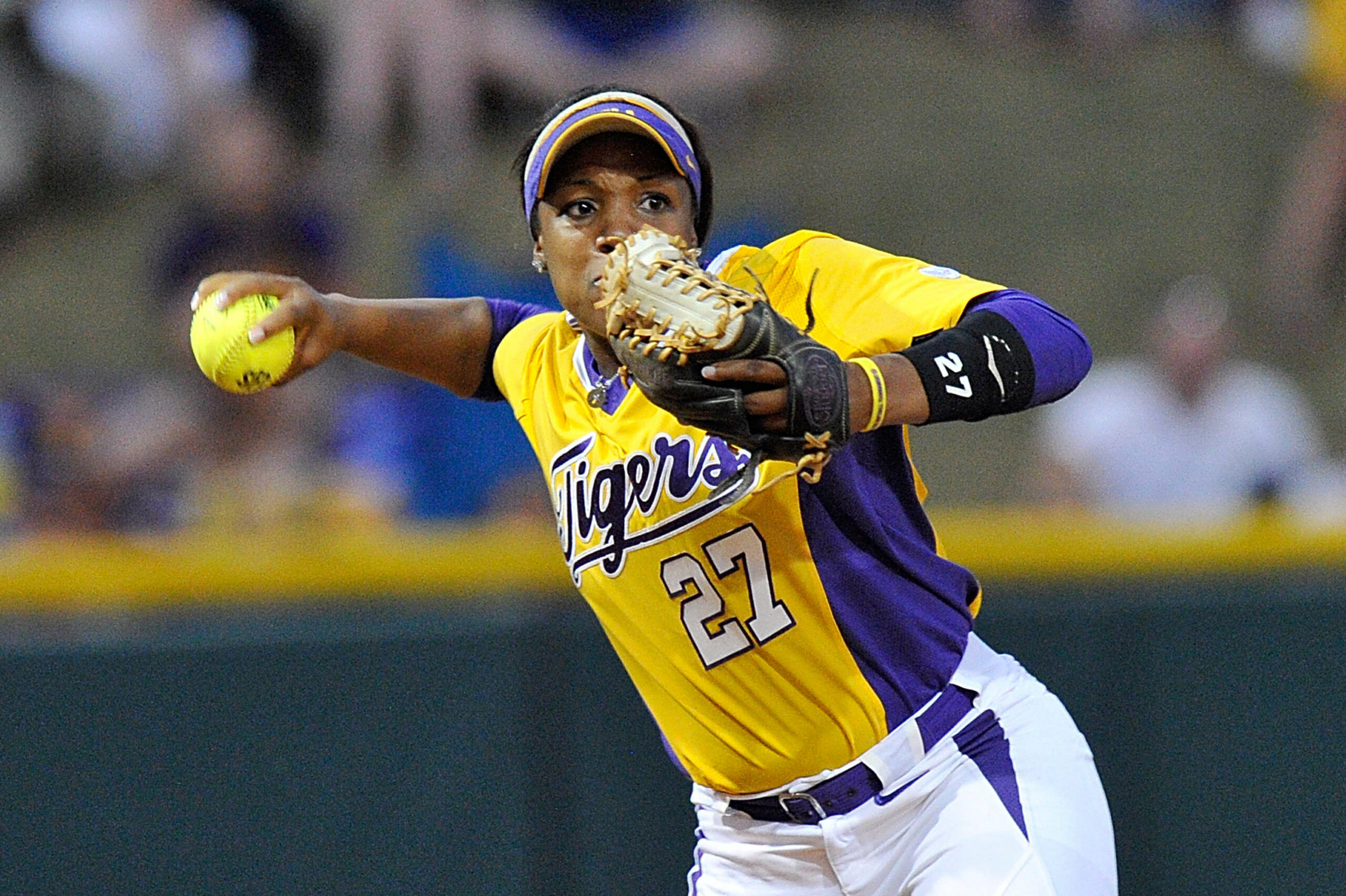 LOUISVILLE, Ky. – A day before heading into the opening game of the 2015 NCAA Baton Rouge Regional, the No. 8 LSU softball team learned on Thursday that it had seven of its players named to one of the three NFCA All-South Region Teams, including having five on the first team which is the most ever in LSU history.

“To have seven of our players selected all-region by the NFCA is an amazing honor, and one they have earned through their dedication and hard work to our team and this season,” head coach Beth Torina said. “They have done everything and more we’ve asked of them, while being selfless and representing LSU with class and honor. We are very proud of them.”

Leading the way with first team honors begins with Carley Hoover as one of the pitchers to earn her first region honor, followed by Bianka Bell at shortstop that is making the cut for the third time in her career and second time earning first team honors.

Of the seven selected, six were All-SEC selections as well in Andrews, Bell, Hoover, Kloss and Landry, as LSU tied for the second-most selections along with UCLA, Georgia, Minnesota, James Madison and Notre Dame who also had seven.

The all-region teams were voted on by NFCA member coaches from each respective region, and all the honorees now become eligible for selection to one of three 2015 NFCA Division I All-American teams which will be announced later this month.