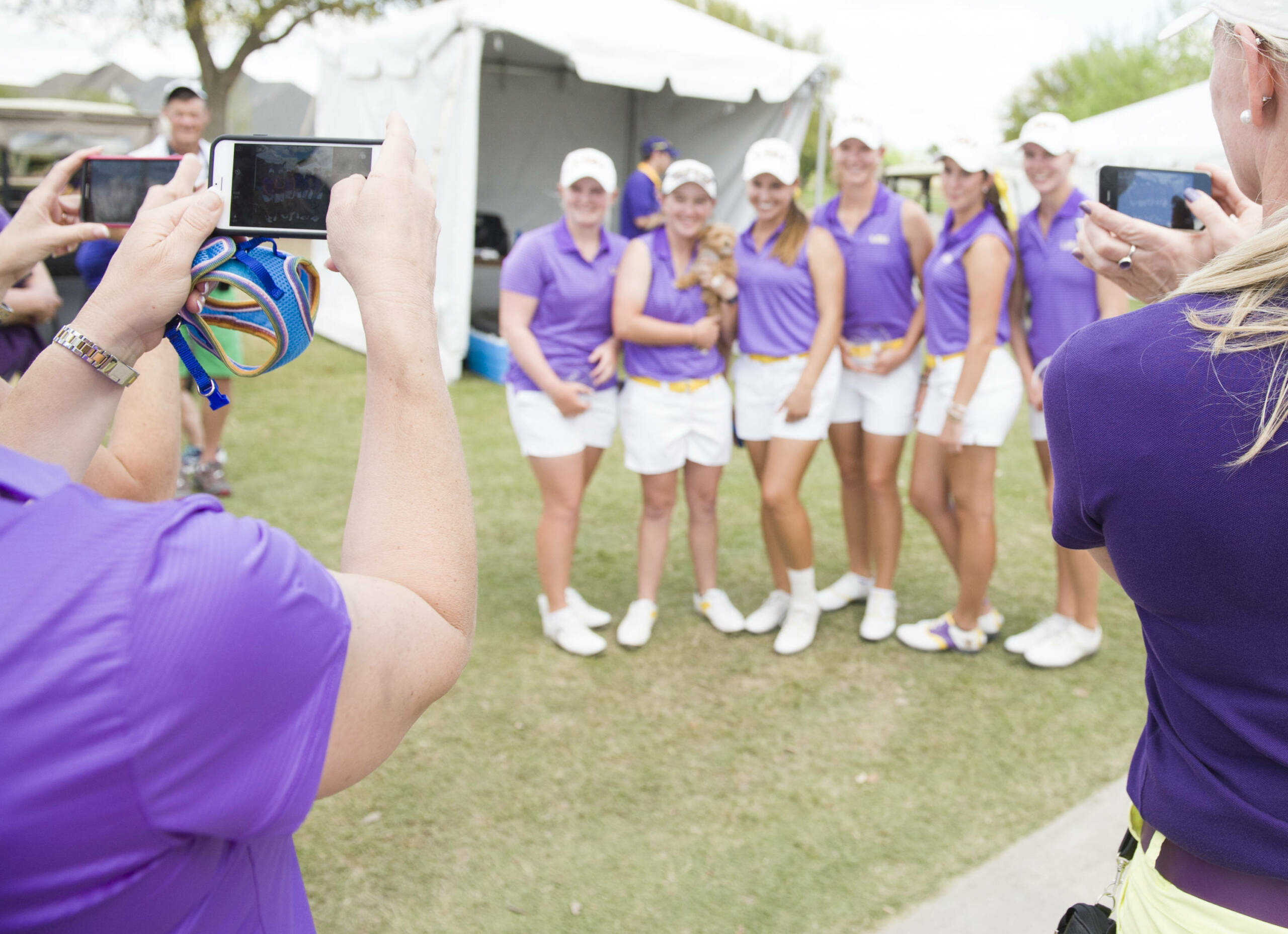 BATON ROUGE – The LSU women’s golf team returned to practice in preparation for the ultimate event on the women’s college golf schedule – the NCAA Women’s Golf Championship. Here are some notebook items this week concerning the LSU Lady Tigers:

The Southeastern Conference announced this week the Community Service Team for women’s golf and LSU’s member was senior Madelene Sagstrom, the 2015 SEC Player of the Year.

The SEC names a Community Service Team for each of its 21 league-sponsored sports, looking to highlight an athlete from each school who gives back to his or her community through superior service efforts.

Sagstrom was involved in several events including the Move-In Day at the start of school where faculty and student-athletes helped students move into their dorm rooms; Thanksgiving with the Tigers helping less fortunate enjoy a happy Thanksgiving; visited with patients at the Children’s Hospital at Our Lady of the Lake Hospital and with student at University Terrace elementary.

Sagstrom also participated this year in the annual pro-am day at the Zurich Classic PGA event as members of the golf team caddy for professional and amateur contests. She is part of a women’s golf program that won the award at the annual academic gala for the best GPA among athletic teams at LSU.

Lady Tigers Enter Championships At No. 6

LSU’s finish in the NCAA Raleigh Regional moved them up one spot to sixth in the Golfstat Performance Rankings entering next week’s NCAA Championship. The Lady Tigers had been holding steady at No. 7 for several weeks prior to this.

Southern California remains the top team in the rankings, with Raleigh Regional winner and fellow SEC member South Carolina in second. UCLA, Duke and Arizona are the three teams in front of LSU with Washington in seventh and then SEC members Arkansas eighth and Texas A&M ninth. Virginia rounds out the top 10.

This new world that women’s college golf enters this year with the championship format that includes match play and television coverage has other new wrinkles like the formatting of tee times. In the three regional setups of past years, the three regional winners would be paired together in one wave, followed by the three second place finishers, etc.

This year, the teams are being placed in the tee time setup based on the Golfstat rankings which will put LSU in the second wave of competitors with No. 4 Duke and No. 5 Arizona

The Lady Tigers will have the morning-afternoon tee times in the first two days of competition at the Concessions Club. LSU, Duke and Arizona will go off beginning at 7:30 a.m. ET on Friday, May 22 off the first tee and then at Noon ET to lead off the afternoon wave on Saturday, May 23.

The third round on Sunday, May 24, will be paired based on 36-hole team scores in the play 5, count 4 format before the field is cut for the first time to the top 15 teams and nine individuals not on those 15 teams for a fourth and final round on May 25 to determine (1) the individual champion and (2) the eight teams that will advance to match play beginning on May 26.

Golf Channel is deploying hours and coverage that women’s golf has never seen before in the first of two weeks of coverage of the women’s and men’s NCAA Tournament at the Concession Club. The women’s schedule of live golf, besides coverage on Morning Drive and Golf Central, will be as follows:

Bob Papa and Kay Cockerill will be the lead commentators for the coverage with Curt Byrum serving as Tower Announcer, with Notah Begay, Billy Ray Brown and Karen Stupples the on-course reporters. Steve Burkowski will also be on hand as Golf Channel’s College Insider.

When Megan McChrystal posted a season average of 72.35 in her senior season of 2010-11 it was thought that might be a mark that would stay for a while as the LSU season record. Now not only is that record about to taken down, but two LSU Lady Tigers could top McChrystal’s school mark for a career of 73.15 set in 2008-11.

Senior Madelene Sagstrom, ranked second in the country in both the Golfweek and Golfstat rankings, is averaging 70.90 after posting -5 to finish third in the SEC Championships and -8 to win the Raleigh Regional.

Sagstrom through 122 career rounds is averaging 72.84. McChrystal played 123 rounds in her career. Sagstrom will finish with 126 career rounds. Ironically, sophomore Caroline Nistrup could also be under the current season and career averages at the end of the NCAAs as well. She enters the Championships with a season mark of 72.20 and a career mark of 72.86 with two years to play.

The Lady Tigers will depart on Wednesday, May 20, for Bradenton, Florida, with a practice round on May 21 before the competition begins on May 22. NCAA.com through golfstatresults.com will have the live scoring of the event with updates during the round from the course at www.Facebook.com/LSUwomensgolf and on Twitter @LSUwomensgolf.