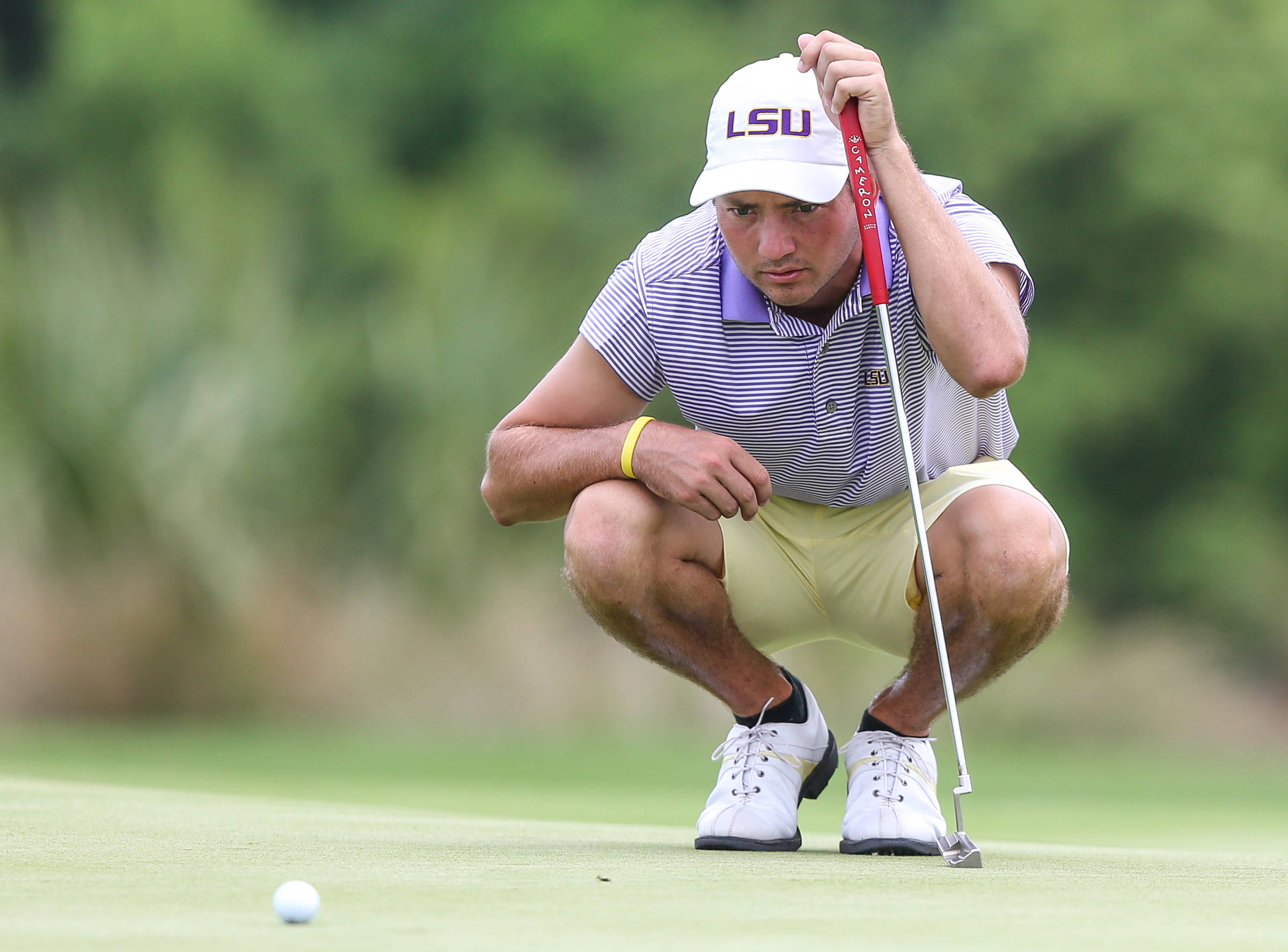 BATON ROUGE – After earning his first career All-Southeastern Conference honor nearly two weeks ago as a second-team selection by the league’s head coaches for the 2014-15 season, LSU junior Zach Wright was also honored Monday for his community service efforts as a member of the 2015 SEC Community Service Team for men’s golf.

Wright has been selected to the SEC Community Service Team for the first time after former Tiger and emerging Web.com Tour star Smylie Kaufman received back-to-back selections in 2013 and 2014.

A native of Phoenix, Arizona, Wright has been a leader of LSU’s community service efforts throughout the 2014-15 academic year, including his participation in such on-campus activities as its Department of Residential Life Move-In Day in which he helped freshmen move into their dorms at the start of the 2014 fall semester and the school’s annual Halloween BOOzar and Thanksgiving with the Tigers events.

Wright has also helped coordinate the efforts of the men’s golf team at LSU’s Live2Serve and Be The Match events on campus, as well as serve as a coordinator at the Blue Ribbon Soiree locally this year. He has been a frequent visitor to the patients at Our Lady of the Lake Children’s Hospital, along with serving as a mentor to a student at University Terrace Elementary School and visiting the kids at Gardere Christian School.

Wright has enjoyed a breakout season on the course as a leader of the SEC Champion LSU Tigers as they turn their attention to NCAA Regional play this weekend as the No. 2 seed at the NCAA New Haven Regional set to start with Thursday’s first round at The Course at Yale. The Tigers captured their first SEC title in 28 years on April 19 when they scored a three-shot victory over both Vanderbilt and South Carolina with a final score at 13-under par 827 at the 2015 SEC Men’s Golf Championships held April 17-19 at Sea Island Golf Club’s Seaside Course in St. Simons Island, Georgia.

Wright has posted a career-low this spring with a 71.85 scoring average in nine tournament appearances on the season as the team’s second-leading scorer. He has finished among the Top 20 of the final leaderboard in eight of his nine starts this season, while also earning a trio of top-10 finishes in 2014-15. That includes back-to-back Top 10s with a tie for fifth at the Aggie Invitational and tie for sixth at the SEC Championships.