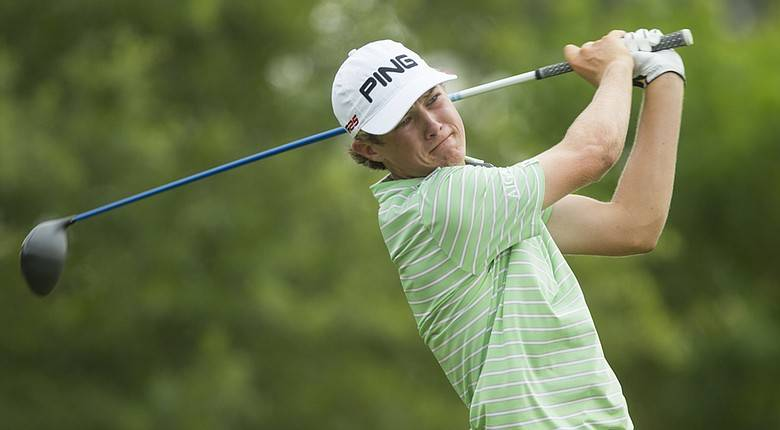 BATON ROUGE – LSU’s Class of 2015 recruit Nathan Jeansonne will soon step onto the international stage for the first time in his junior golf career as he has been selected among the four players competing for Team USA that will tee it up at the 2015 TOYOTA Junior Golf World Cup supported by JAL from June 16-19 at Chukyo Golf Club’s Ishino Course in Japan.

Jeansonne will carry the flag during the championship along with fellow junior standouts Tyler Bakich, Mason Overstreet and Chandler Phillips as the tournament features a four-count-three format in which the lowest three scores in each of the three rounds will form the team’s cumulative score in 54 holes of stroke play.

A native of Shreveport, Louisiana, Jeansonne will look to help the United States return to the winner’s circle for the first time since 2005, while Team USA has won the TOYOTA Junior Golf World Cup a total of five times since its inception in 1992. Team USA tied for second place in the event a year ago, firing a score of 17-under par 835 to match Venezuela and finish four shots back of 2014 champion Norway.

Jeansonne is one of the jewels of LSU’s heralded Class of 2015 as he has signed a National Letter of Intent with the Tigers along with future stars Sam Burns (Shreveport, Louisiana) and Luis Gagne (Orlando, Florida).

Jeansonne is one of the top-10 prospects in the country in the Class of 2015 as he is the No. 4-ranked junior golfer nationally by Golfweek and the No. 6-ranked recruit nationally in the latest Polo Junior Golf Rankings in conjunction with the American Junior Golf Association. His senior season has been highlighted by a tie for fourth place at the AJGA’s CB&I Boys Championship at Carlton Woods back in February.

An AJGA Rolex Second-Team Junior All-American, Jeansonne is a two-time AJGA champion at the 2012 Sooner Junior All-Star Championship and 2013 David Toms Foundation Shreveport Junior Championship during his outstanding junior career. He also helped lead the West squad to the 2014 Wyndham Cup title at Old Sandwich Golf Club in Plymouth, Massachusetts, while posting an impressive 3-1 record in his four matches.

Currently rising as high as the No. 140-ranked amateur golfer worldwide in the current World Amateur Golf Ranking, Jeansonne advanced to the Round of 32 of match play at the U.S. Junior Amateur Championship last summer at The Club at Carlton Woods in The Woodlands, Texas. He also tied for seventh place at the 2014 Junior PGA Championship to highlight his prep career.