Hoover Named To NFCA Freshman of the Year List 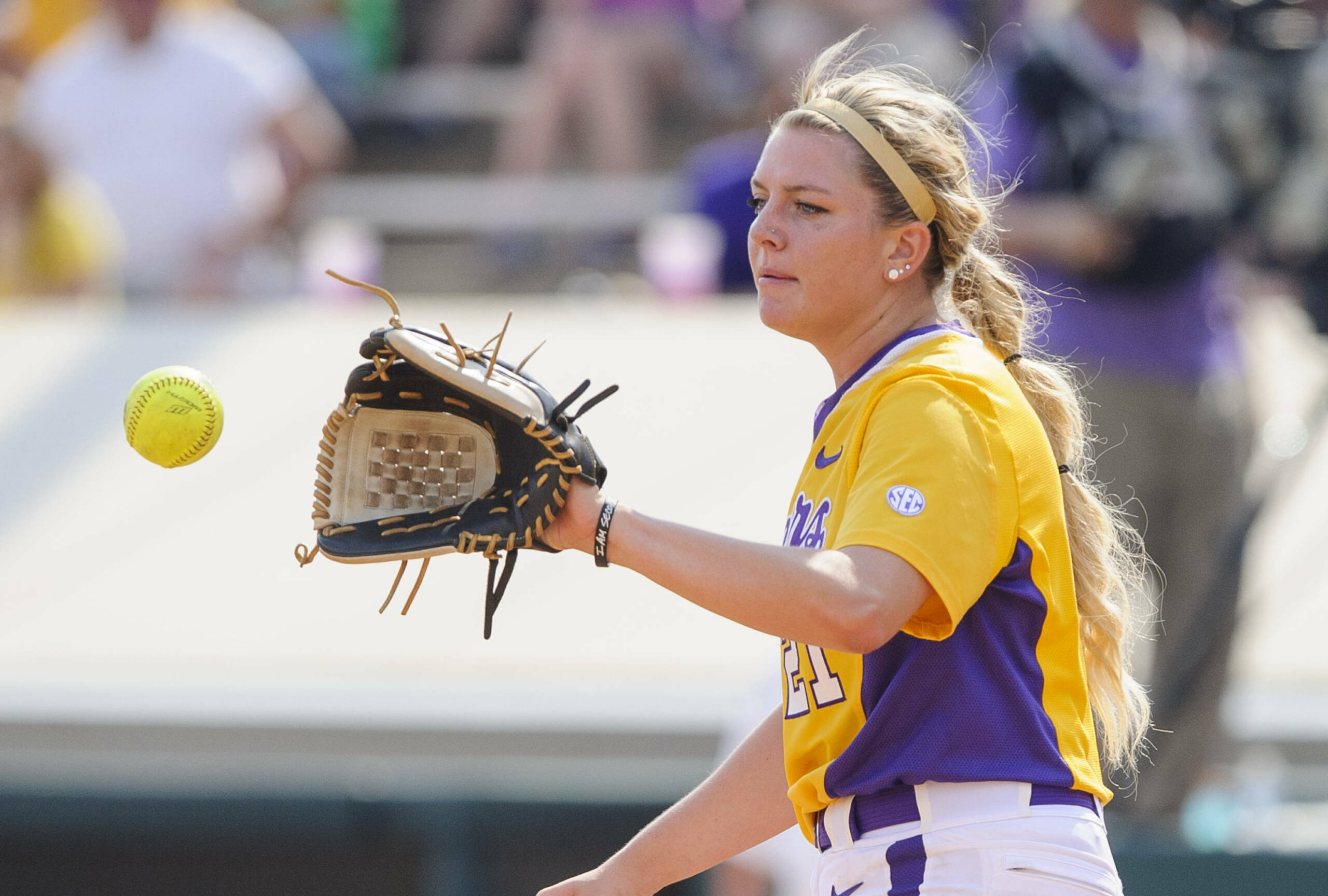 LOUISVILLE, Ky. – LSU freshman right-handed pitcher Carley Hoover has been named as one of ten finalists for the National Fastpitch Coaches Association Division I National Freshman of the Year award the organization announced today, giving LSU its first player in the two-year history of the award to make the second cut.

What started as a list of 25 of the top freshman around the country a few weeks ago has now been whittled down to the ten that that represent seven different softball playing conferences. Hoover is one of three representing the Southeastern Conference, the most followed only by the Pac-12 who have two selections.

Hoover currently leads the LSU pitching staff with 14 wins in 24 appearances, 120.1 innings pitched and 145 strikeouts, while second on the squad in ERA at 1.75, starts at 15, 11 complete games, four shutouts and earned runs allowed with 30.

Over the course of the season she has four double-digit strikeout games, including two games with 12 which are her career high. She has 12 games this year where she’s held opponents to two runs or fewer in games when she starts, and has not walked more than five batters in any game this season.

She pitched 99 innings against teams ranked in the Top 75 of the RPI, she held a 2.04 ERA with an 11-4 record, earning both of her team-leading saves and earning 113 strikeouts.

The top 3 finalists will be selected and released on Thurs., May 21. In its second year, the NFCA Division I National Freshman of the Year trophy will be presented during a live ceremony on May 26 prior to the opening of the annual Women’s College World Series in Oklahoma City.