Women's Golf Set to Tee Off at NCAA Raleigh Regional 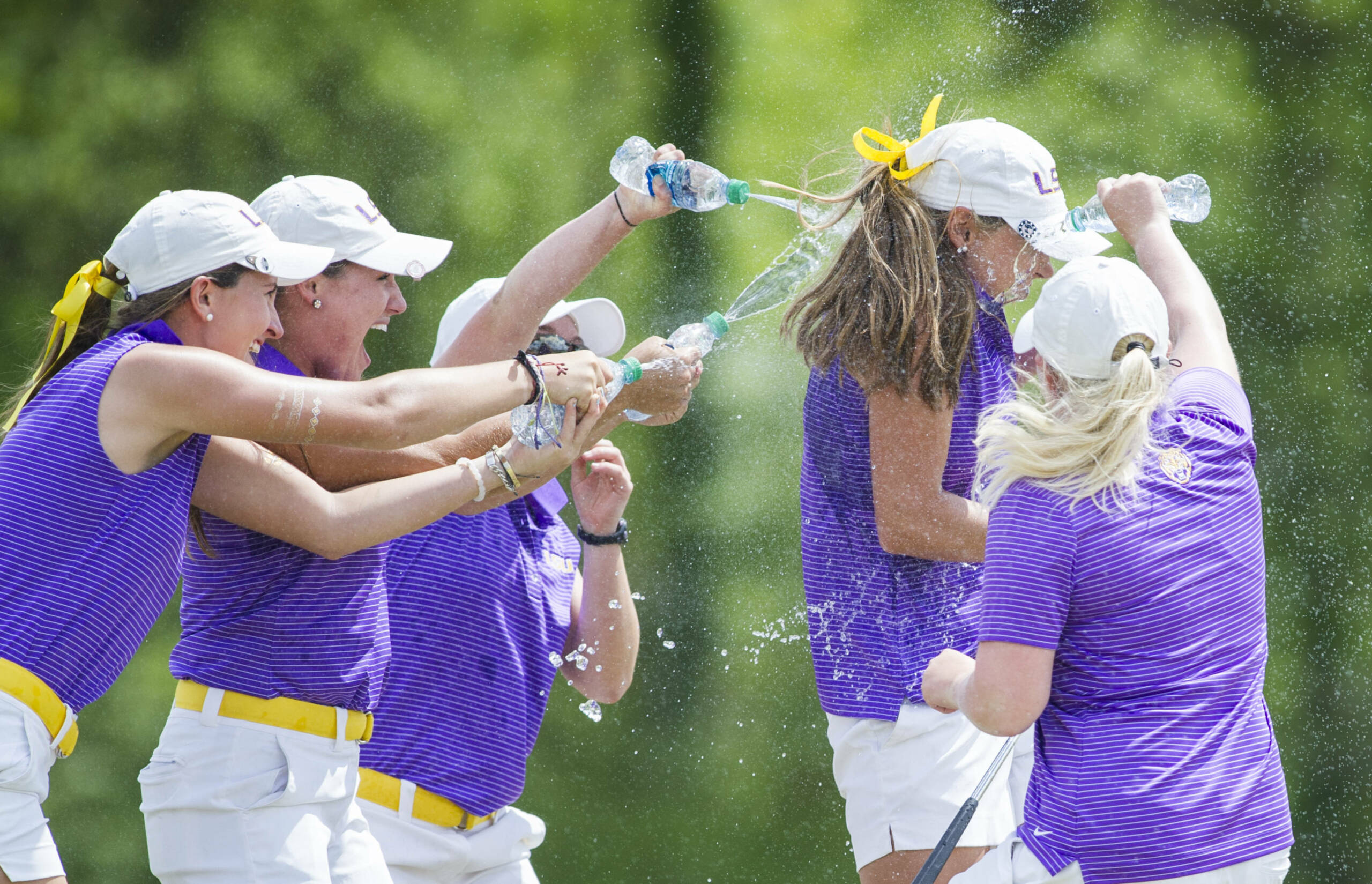 RALEIGH, N.C. – A new era of women’s post-season golf begins for the NCAA on Thursday as the seventh-ranked LSU women’s golf team opens play in the NCAA Raleigh Regional at the Lonnie Poole Golf Course at NC State.

For the first time since the expansion of regionals from two to three in 2001, there are four women’s golf regionals that begin Thursday that will advance teams to the NCAA Championships in Bradenton, Florida, May 22-27.

A total of 24 teams will still advance as has been the norm, but now instead of eight teams from three regionals, six teams will advance from each of the four events with the others in San Antonio, South Bend and St. George, Utah.

So for the Lady Tigers, the second seed in the Raleigh Regional, the goal is to get back to the national championships for the first time since 2012.

The Lady Tigers have had one of their most productive seasons with three wins and a five-tournament run to close the regular season in which LSU finished 1-2-1-2-1 with wins at The Alamo in San Antonio, the Allstate Sugar Bowl Intercollegiate and the LSU Tiger Golf Classic. It marked the first time LSU has won multiple tournaments in a season since 2012.

LSU is making its 21st appearance in the 23-years since the NCAA Regionals were established in 1993.

The Southeastern Conference Player of the Year, senior Madelene Sagstrom, looks to continue her strong post-season play that she started in the SEC Championships when she finished with a 3-under 69 to shoot 5-under 211 and finish third. Sagstrom is the active leader in stroke average in the SEC with a 71.07 stroke average and is ranked No. 2 in the nation in the Golfstat and Golfweek performance charts. Entering the regionals, the native of Sweden, is the only LSU women’s golfer to average under 72 strokes for a season.

Joining Sagstrom in the lineup is the other member of the SEC First Team, sophomore Caroline Nistrup of Denmark. Nistrup is in the top eight in stroke average in the league with 72.30 with her first college win coming this year. Second-team All-SEC member Elise Bradley from Mandeville will play third as the junior completes one of the great comeback seasons in college golf.

Bradley was averaging 80 going into last year’s regional and has improved her national rankings in one year from deep triple digits to No. 33.

Rounding out the Tigers lineup will be sophomore Carly Ray Goldstein of Florida (75.74 stroke average) and junior Nadine Dreher of Austria (78.67 average).

The Lonnie Poole Golf Club will play to 6,381 yards and a par of 72 put together by the Arnold Palmer Design group on 250 acres inside the city of Raleigh.

With 18 teams, all teams will tee off in the same session beginning at 6:30 a.m. CT with the feature pairing of top seeds South Carolina, LSU and Mississippi State in the final wave starting at 8:09 a.m. CT. Live scoring for the regional will be available at golfstatresults.com and on the Golfstat app.

Updates during the round will be available at www.Facebook.com/LSUwomensgolf and on Twitter @LSUwomensgolf.